INTRODUCTION: Do you want to always be a step ahead of your opponent? Do you want to prove your value to your team/coach? If yes, then you need to check out our list, of the 10 BEST Lacrosse Conditioning Drills to STEAL from top college programs in the U.S. Not all of these videos contain explanations of each particular drill like the first video from Notre Dame, however each video will provide you with a visual example of the drill. Don’t worry, we will give you the exact time that those examples show up in the videos as 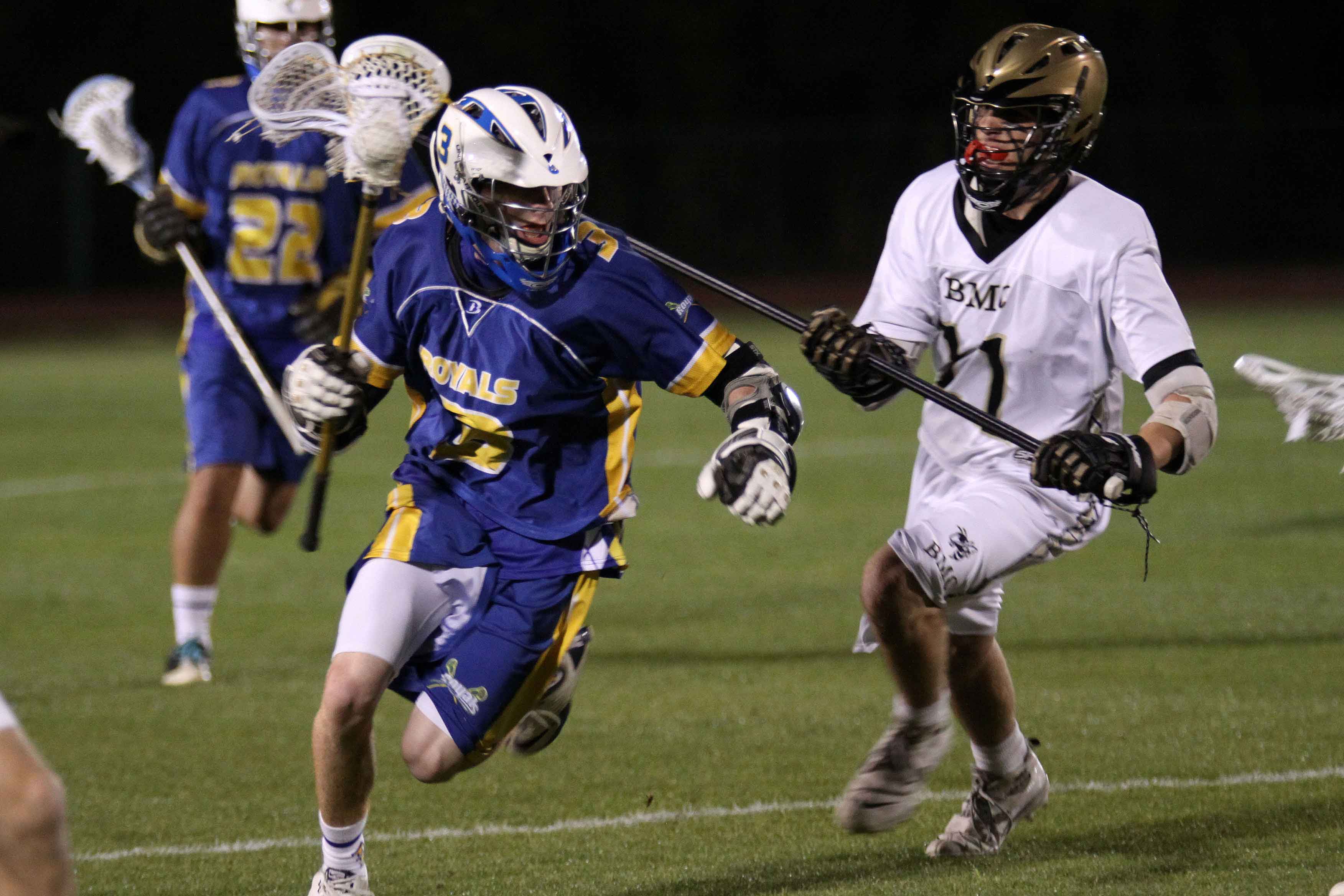 Do you want to always be a step ahead of your opponent? Do you want to prove your value to your team/coach? If yes, then you need to check out our list, of the 10 BEST Lacrosse Conditioning Drills to STEAL from top college programs in the U.S.

Not all of these videos contain explanations of each particular drill like the first video from Notre Dame, however each video will provide you with a visual example of the drill.

Don’t worry, we will give you the exact time that those examples show up in the videos as well.

Take some notes, watch some videos, go train and blow your opponents out of the water.

CONE DRILLS FROM THE UNIVERSITY OF NOTRE DAME:

This drill is set up with 4 cones in the shape of the box.

A group of players will start at one edge of the box. To begin, a player takes off from watch corner of the box, to the next that they face, going in a straight line. They then turn right at the corner, continuing to the next, taking another right, and finishing at the corner across the box from where they started.

This drill can consist of only sprints, or rotate the types of movements as a player hits each corner (shuffles, back peddles, etc.). As well, the direction of which the players go should flip, so they are working on their explosiveness to the left as well as the right.

This drill is set up with three cones, placed in a horizontal line only about 10 yards away from two players.

The two players both start 10 yards away from the center cone on opposing sides. When a whistle is blown, both players jog to the middle cone, then to one cone, then back to the other to finish out the drill.

This drill is a race!

With two hoops (this can be set up with cones spaced in between each other) forming a figure 8, one player starts the drill just a few feet before the other.

From there the mission of the other player is to catch the lead player before they can complete their figure eight and finish back at the beginning.

Neither player can cut into the two created hoops, and must remain outside those created boundaries.

For this drill 6 cones are needed to make a large rectangle, made up of two even boxes.

This drill is called the Mirror Drill because each of the players is to mirror the others movements. Both players will be moving in the same pattern but moving in effect “backwards” of each other.

Variations of patterns that cross the rectangle can be put into place as well to make the drill a bit more complicated.

The one thing to take from the High Point Lacrosse practice video is the speed squat.

Squatting may be the MOST IMPORTANT MOVEMENT for making huge gains in strength and explosive movements.

We don’t care exactly which drill you choose to pick out of here, whether it is the tire flips, the burpees, or simple air squats, ADD SPEED SQUATS TO YOUR CONDITIONING ROUTINE!

This is one of the most vicious conditioning drills you can add to a practice routine.

The Tug O’ War puts players head to head, using all their strength, not only in short bursts but for an extended amount of time, to pull their opposition over to their side.

The rules for Tug O’ War are simple. Grab a rope, and assign even teams to each side of the rope. Determine a middle point on the rope and a middle line that the middle point must cross for one team to win.

Sprints are mixed all in through this video of an Air Force lacrosse workout. This video is worth a full watch. Believe me they have some interesting training methods.

Sprints are the most effective form of conditioning if you have an interest in BUILDING MUSCLE.

To be an elite lacrosse player, you need to have more than just an interest for building muscle.

The Loyola Lacrosse team loves to sprint with a little extra weight. After you feel you could push yourself harder after some weightless sprints, consider doing a few of these.

Simply enough, to do this drill, start on one end of a ten yard space with a stack of plates by your side.

Stack the plates from top to bottom, lowest to highest weights.

From there, start the drill by grabbing the first plate, and taking it to the other end of the ten yard space, setting it down, returning to the pile and doing the same thing with the next plate.

A player is finished once they have transferred their player from one end to the other.

In a way, this drill comes off the heels of the Marquette Tug O’ War for drill #6, but a major difference as the two players battle over a tire.

This drill is brutal! But we love it. We feel as if this gets players to prepare their battle ready mindset come face-off time.

Start with two players in the middle of a circle, each having two hands on a tire. The drill is over once one player can drag the tire outside the circle on their half.

If you have the resources (a pool), a pool workout could be an awesome variation to throw into your collection of conditioning drills.

The Dartmouth Men’s Lacrosse team has some killer pool workouts that the put on display here in this video.

Consider running a pool workout as they do. One group of players dive in on one side and swim to the other. Once that group reaches the other side have another group ready to go on that same side. Keep this going for a while and you will end up with some hardened players!

Alright Laxers there you have it! A collection of the 10 BEST Lacrosse Conditioning Drills that you can steal from top university programs around the nation. Get through some of these on your own, or take them to your team!

If you have any drills you love, or rather just any questions or concerns, feel free to comment below!