From the Pee Wee level to the NFL, very few players think of playing the fullback position. As a fullback, yes, you're in the backfield, but you're not the feature running back. You're not an offensive lineman, but you spend a lot of time blocking. There is little glitz and glamour involved with the position, and you're usually clearing the way for the backs who find themselves featured on the weekend's highlight reels. This is a role that you will find little told about in the history books. However, without question, a team with a 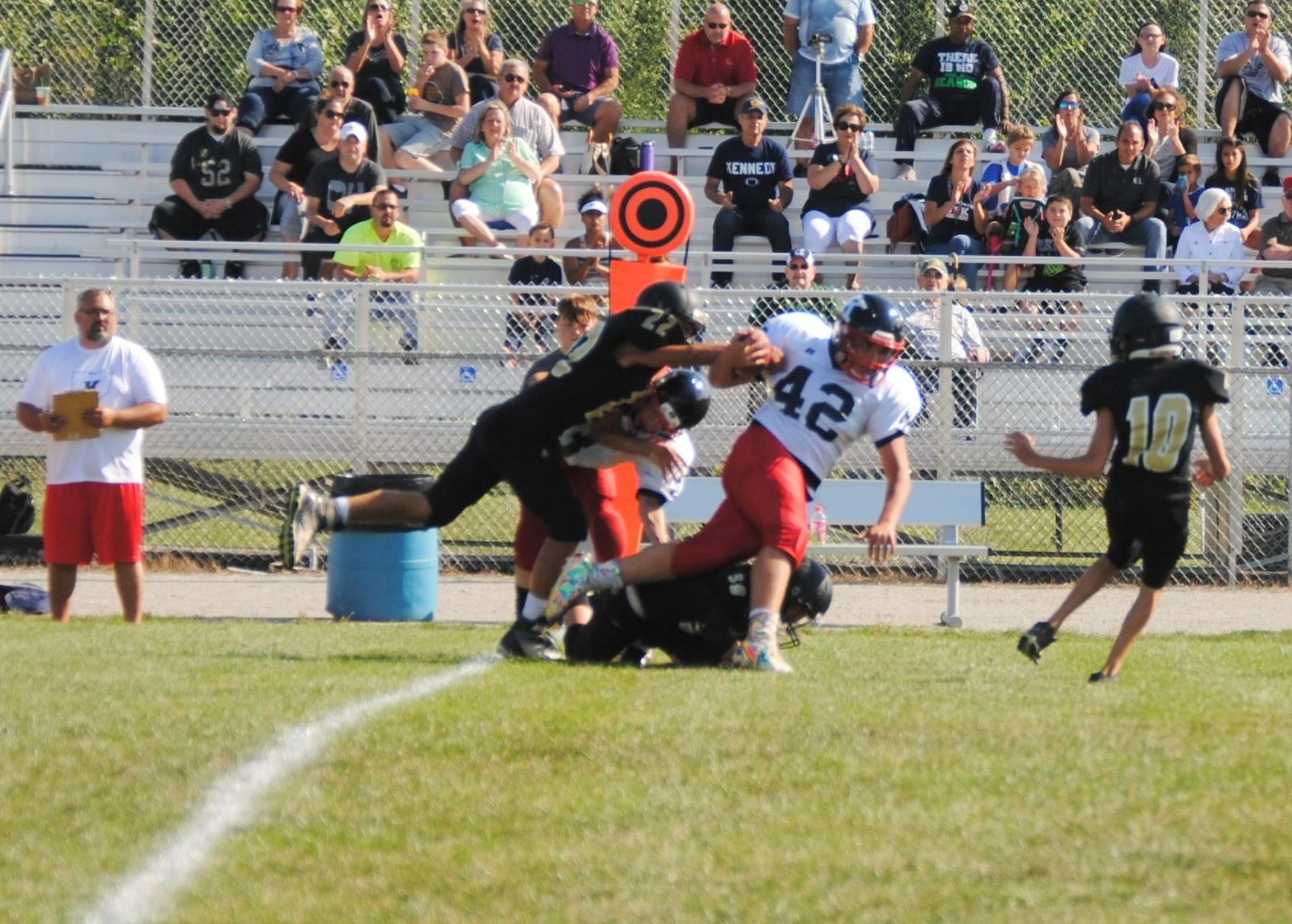 From the Pee Wee level to the NFL, very few players think of playing the fullback position. As a fullback, yes, you’re in the backfield, but you’re not the feature running back. You’re not an offensive lineman, but you spend a lot of time blocking.

There is little glitz and glamour involved with the position, and you’re usually clearing the way for the backs who find themselves featured on the weekend’s highlight reels.

This is a role that you will find little told about in the history books. However, without question, a team with a great fullback will be in the best position for a successful offense.

I wasn’t always a fullback. In middle and high school I was a tailback, but when I got to Wake Forest University, there were already several in place. My coaches placed me in the fullback position and I quickly earned the starting role.

I watched and studied the great fullbacks who perfected the game. Fullbacks like Lorenzo Neal, Mack Strong, Moose Johnston—I remember sitting in my college dorm and analyzing everything these guys did, the stance and the angle of their body and how they made contact, just so I could get an edge.

My father would tell me to always find someone who is at the top of their field and pay attention to everything they do. Even today I closely watch the best fullbacks in the league.

I pick their brain after games; I go shake their hands, ask them what they ate, where they train, what their routine is and figure out what extra magic they bring to the game that I can create in myself.

During the offseason when I speak at schools, I often get asked how to become a great fullback. The answer is to improve every day in the physical aspect, the mental component and perfecting your technique.

To be physical you must of course hit the weight room; you must push your body to the limits to be the best at upper and lower strength, speed and agility. Unfortunately, most fullbacks spend too much time on pure strength and not enough on their speed and agility.

Spending all day on squats and bench press is great, but if you can’t aim all that power at a moving target it’s worthless. When you play fullback your body is like a guided missile where sometimes you have to speed up, slow down, avoid your offensive lineman, use your shoulder to chip a defensive end; all while on the way to connecting with your target and blowing up a safety.

Improving your technique is also crucial. People who don’t really know about the position, simplify it with two big guys backing up five yards each and then running full speed into each other, and the stronger guy wins.

What people don’t know is that a smaller fullback can overpower a bigger linebacker or defensive end if he has better technique. As a fullback you have to get hands inside your defenders, get off on the snap of the ball, have vision to see the best path to your target, know whether to use your shoulders or hands to best execute a block and most importantly, use the correct angle and degree of leverage to block through a defender and not to him.

A fullback has to master the mental aspect. The ironic part is that improving your mental game truly allows you to be physical at the position. As a fullback matures, he realizes how important it is to study the playbook and watch film.

When the play starts, and you get a mix of a deja-vu moment and a Matrix action-scene where everything slows down, you know that you’re prepared. Knowing what your opponent will do before he does it allows you to take away any hesitation, which can be the difference between making and missing a block.

A fullback must have a gladiator mindset. An imposter of this position will flinch or close their eyes with fear. A true fullback loves the battle; the bone-crunching noise each time you make that collision. We have a little crazy in us (on the field) to play with reckless abandonment.

Is the fullback position diminishing? There was talk about that a few years back, but successful coaches and teammates appreciate what great fullbacks bring to the field.

Playing the position in the NFL for eight years, I respect the brotherhood that we fullbacks have. I take a look at the other top FBs in the NFL, and though we are competing, we have a great bond and respect for one another. We work hard without the accolades and always put the team before ourselves.

When in Baltimore, Todd Heap tried a couple plays as a fullback and once said to me, “Man, I appreciate what you do, because I can’t imagine going through collisions every single game.” This statement is a testament that every player can’t do what fullbacks do. We will only grow in our roles on the field and will continue to raise the bar for the future generations of this position.

So to all the fullbacks at every level, represent our position proud and play hard.

Ovie Mughelli is a fullback for the Atlanta Falcons.