Basketball – Other | My First Coaching Try – Season Wrap Up 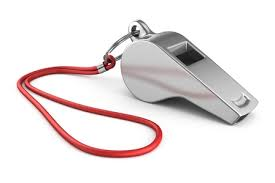 I know you were all on the edge of your seats. How did he do? How was the team? How did it turn out?

Well, we have one more game, a recognition church service (Upward is church based), and a banquet, but we are wrapping up the season. This is probably not a new concept to you coaches, but I got more out of it than the kids probably did. We played hard, the kids listened, we had fun, and most importantly, we got better.

Nowhere did I mention wins or losses. I rarely looked at the scoreboard except the time to allow subs. I rarely looked at the opponent. This season was only about us, and our ability to get better. I have to say, there was great satisfaction when a new player finally made a shot or when we had a possession of solid team defense that we worked on in practice.

My early goal was just to give them enough tools to have some success or to at least be competitive. I am proud that my kids did more with less than any other team in the league. That is a testament to them, and not me. I only yelled a few times. I only talked to a referee a few times. I clearly was calmer as the season progressed. See, I grew more than the kids.

I also enjoyed the traditions and I hope the kids remember them. We had a player carry the flag and a cross for player introductions before each game. We had our very own team prayer. We had a half court shooting contest after each practice. We had oranges for halftime. We completed our weekly devotions as well emphasizing patience, courage, and kindness.

So, keep it up coaches. You are making a difference. You will be remembered. Sports, done right, is still powerful and a great teacher. And I never mentioned my team was 0-6-1.