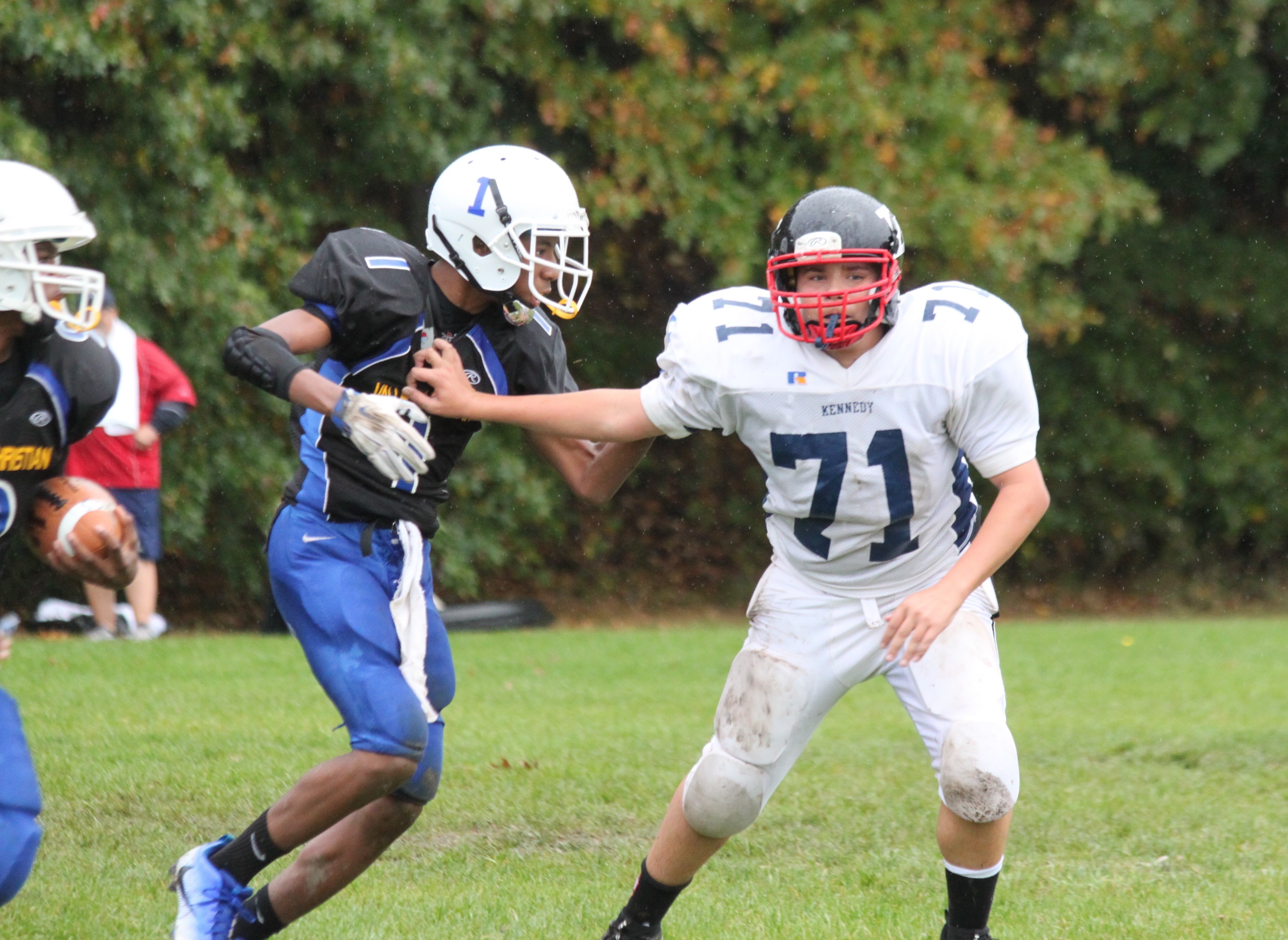 Talented players come in as recruits without having mastered many of the fundamentals of linebacker play. Usually they may excel at one or two, and be mediocre at others, and its just their instinctive nose for the ball that makes them stand out, or freak speed, or outstanding change of direction, etc. In college they need these things drilled into them over and over, and only a player committed to getting them mastered progresses to his full potential. Untrained and unsound fundamental players eventually cause problems, no matter how much speed or athletic talent they have. Star ratings are an indicator of possible success, not proof of success. We cannot outrecruit incompetent coaching.

There are 5 categories of LB fundamentals we want to start covering:

Hit & Shed
Pursuit
Tackling
Zone Coverage skills
Man Coverage skills
Each of these is broken down into a series of teachable concepts through drills. We’ve covered much of the basics of man/man and zone defensive coverages before, but we’ll go through them again – aimed specifically at linebacker play only – in later posts. This post, the first in a series for this offseason, is going to go into the first fundamental category, Hit and Shed.

Hit and shed is the act of making contact with the blocker and then discarding him while maintaining proper position or getting to the correct position.

Most folks, when asked, will tell you that it is speed, strength, or size that are prerequisite for great linebacker play. This is not in general true. While those things are good to have, they mean nothing if you don’t get into the proper position to tackle or take on blockers. Setting the base is the first fundamental.

The first thing to learn is the stance. Feet slightly wider than shoulder width with weight on ball of feet, not on heels. Toes pointed straight ahead. Back straight, head up. Knees flexed.

In attacking blockers: when the player leads with the same side foot as his shoulder, he’s in the correct position to attack a blocker. For example, if you are the LB and you lead into the hole with your right foot, you make first contact with your right shoulder/forearm/hand. He must have his weight over the lead foot at contact, or he can be knocked off balance and turned. He must also remain low, with his hips lowered so that he can push upwards on the blocker and stand him up with his legs and not his upper body strength.

Whatever contact surface he presents (hand or forearm, or shoulder) doesn’t matter, but he must have the feet in the correct position relative to it for the shed to work.

If the LB leads with the opposite foot, which is the most common to see, he’ll always be turned. Leading with your right shoulder with the right foot back will allow you to be spun on the left foot all day long. He’ll constantly have to shuffle his feet underneath to even remain standing.

If his foot is not planted when he makes contact, whether it is the correct foot or not, he is in a ‘pancake’ base….meaning he’s about to get flattened.

Pad level is something that you hear mentioned for linemen moreso than any other position on the field, but its very important for linebackers as well. If he’s in the correct base and the Guard comes through the LOS (e.g. a veer block), but he’s standing up, he can still get turned. In football, the low man always wins.

Tall O-linemen are recruited because of tall D-linemen, and vice versa. However, a side effect of having tall guys on the OL is that they don’t stay as low when they get beyond the LOS. They really can’t help but get their pads higher when they start running. With linebackers playing deeper nowadays than they did 20 years ago, they’ll raise up even more. This is why shorter LBs are not necessarily a bad thing. Coaches would prefer 3-4 guys 6’5 225 who can run 4.3, but having a guy 5’11-6’0 is not going to keep him from being a great linebacker. If he’s in the correct base, his pad level doesn’t always have to be perfect to take on a 6’4″ OG when he’s a 5’11″ MLB. He’s already under the other guy’s pad level.

Additionally, and this is where the hip flexibility is required, he has to sink those hips. You don’t bend over at the waist in football to get low. You bend your knees and get lower by dropping the hips, and if you keep your back straight the shoulders will come down with them. It is very similar to a ‘power-clean’ action if you’ve ever done serious weightlifting. A linebacker has to be able to uncoil his hips into the blocker to shed.

If you’ve done power clean or hang cleans, you know it’s a different action that requires practice just to get right. It’s a more difficult exercise to do as a result…which is why I hated it. However, the best linebackers have the best power clean lifts in general. To maximize the effectiveness and take the weight room to the field, some things have to be drilled.

To get the fullest motion, his feet must be shoulder width but staggered with the lead foot ahead with the lead shoulder. If the back foot is too far away, he won’t be able to push upwards with his thigh muscles.
The hips also go wherever the lead foot goes. If the foot is at an angle, so will his hips be. He’ll get a glancing shot on the blocker and could be grabbed and turned. You want to point the big toe into the chest of the blocker. That gives maximum force. This is something that happens more often than you would notice while watching the game live, and is a big contributor to guys being blocked. Most of us would instinctively turn the foot sideways and try to launch the side of the shoulder into the blocker to protect our bodies, but that just lets him grab you on both front and back.

The least important fundamental to hitting and shedding is the upper body action. This is talking about the surface you present to the blocker, hands or forearm or shoulder. Your bench press number means relatively little compared to being in the right base or lowering the hips properly.

LBs are sometimes taught to use different surfaces to make contact with against different blockers. For example, a LB is rarely evenly matched with a fullback, most of them are same size or smaller. You would teach the LB to hammer with the lead shoulder on his lead or kick-out block. Tight Ends are going to be a more even match, so you could tell them to present hands first, same as you would a Defensive End.

As the lead surface is presented to contact, the lead forearm/hand should hammer the blocker in the chest and create separation, while the opposite hand comes across and swats his arms off.

There are a couple drills that we use that I wanted to hit on that reinforce the use of correct base. One is a drill Clemson should run more of – the machine gun drill, along with two others that will make you tougher or make you quit, the Oklahoma and the Bull-in-a-ring.

The machine gun is a drill usually done a lot in preparation against teams that like to cut block – see Georgia Tech. Getting off cut blocks is something we do not excel at here, in particular our defensive backs suck at it.
The drill is set up by having a linebacker set off the LOS against a Tackle or Guard, to simulate a reach block outside on the edge of the play. Behind the OLineman, there is a fullback or wingback, and another directly behind him, and at the end the true running back with the ball.

The first block the LB must attack is the reach block by the lineman, who steps sideways and into the linebacker, simulating an outside veer or sweep-like play. He gets into the correct base and sheds the lineman quickly.

The wingbacks are there to attempt cut blocks consecutively, so this can be a somewhat dangerous drill if not performed properly. The LB must get into the correct base again after shedding the lineman and put his hands on the head and shoulder pads of the blocker, and push him down. After shedding both properly, he tackles the back into a practice cushion.

Usually the Oklahoma drill, the “Paw” Drill (see 1:20 min mark) as Swinney calls it, is a one-on-one fight between two players. It can be varied to add multiple linemen, linebackers and running backs. Clemson does the latter. One defines a confined contact region 5 yards wide with practice bags. For a linebacker vs OL case, the LB plays back a yard or two and offset to one side of his blocker, to simulate a real situation. This forces the Lineman to get movement or the free arm will be able to grab the RB. At the whistle he must set the base properly and keep his outside arm free enough to grab.

The inception of the Bull-in-a-ring is credited to Bear Bryant. Everyone stands in a circle and one LB (or any position) stands in the middle. He must hit-n-shed twice, and once with each foot before he can leave the center. He points to another LB and they charge head to head, and see who remains standing. 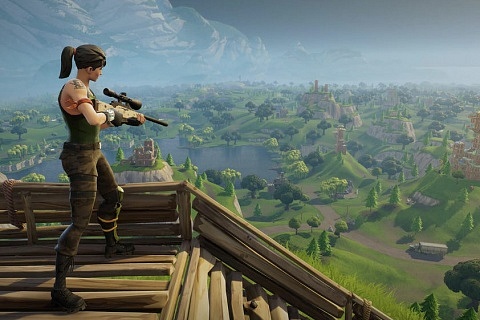