So many of us have done the Saturday relay race: karate to soccer game to basketball practice. From softball to swim team. Baseball practice to a hockey tournament. When my kids were young, the world of sports and activities was their oyster. They played multiple sports, tried on things to see what fit while we drove from one side of town to the other, coordinating calendars, resolving scheduling conflicts and keeping all the local drive-thru fast-food joints in business with to-and-fro dining in the mini-van. A few seasons of soccer, overlapping with the start of CYO basketball, which overlapped with 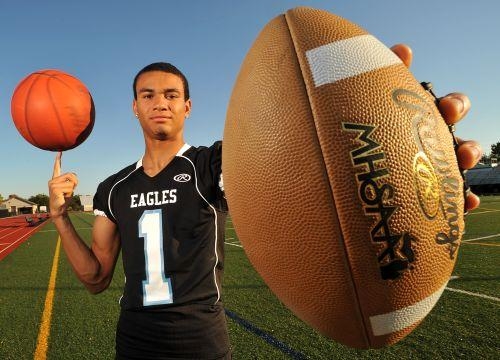 So many of us have done the Saturday relay race: karate to soccer game to basketball practice. From softball to swim team. Baseball practice to a hockey tournament.

When my kids were young, the world of sports and activities was their oyster. They played multiple sports, tried on things to see what fit while we drove from one side of town to the other, coordinating calendars, resolving scheduling conflicts and keeping all the local drive-thru fast-food joints in business with to-and-fro dining in the mini-van.

A few seasons of soccer, overlapping with the start of CYO basketball, which overlapped with the start of Little League season. Mix in the odd volleyball camp, rec department tennis class and some middle school track and you’ve got a drawer full of old team pictures, a lot of participation trophies and a whole lot of days on the snack schedule.

Then maybe that club coach asked for a larger commitment, or the select team came calling. Maybe the schedule just wasn’t working anymore and it was too tough to squeeze in multiple practices and games each week around homework and band or group projects.

Cubs fans
Rediscovering baseball joy through my kids, not my Cubs
Helping your athlete kids recover from injury the right way

Bravo, Simone Biles, for taking a stand against ADHD stigma

The view from the end of the bench

As many kids got closer to high school, they begin to narrow the field of their sports participation, some by choice and the natural culling process. Others because someone else thinks it’s best.

They begin to “specialize.” And certainly, there are things to gain from the focus on one sport — a true offseason, better opportunities against higher levels of competition, perhaps even a shot at being a collegiate athlete. But kids lose by specializing, as well, because there are some very good reasons to stay a multi-sport athlete.

1. Fewer overuse injuries. Growing bodies can become overstressed by repetition and that stress can lead to injuries. A lack of rest and recovery time in year-round sports exacerbates the problem. There are plenty of examples of serious, grown-up sports injuries happening to kids at younger and younger ages, from Tommy John surgery for 12-year-olds to high school girls with multiple ACL injuries before they graduate. Studies show that playing multiple sports leads to better muscle, motor and skill development. It promotes general athleticism, balance, speed and agility.

2. Less opportunity for emotional burn-out. Kids who spend so much time focusing on one sport — and whose families are similarly solely focused — risk tiring of the sport all together. Specializing raises expectations, the costs for parents for travel and club teams and the pressure on young athletes. Having a variety of experiences keeps things interesting, the monotony of a single sport goes away, and so does that pressure.

4. Exposure to different roles. Being a bench player on the basketball team is a different experience than being a starting pitcher on the baseball team. It’s an opportunity to broaden their experiences, socially and developmentally. It’s an opportunity to become a better competitor and all-around athlete, the kind that coaches value because they are flexible, multi-dimensional, exposed to many situations and coachable.

5. Not putting all your eggs in one basket. Playing only one sport limits your options. An injury, a bad experience with a coach or a reduced role on a more competitive team can bring an abrupt end to an athletic career. Such a small number of high school athletes move on to play a sport in college; even fewer earn an athletic scholarship. If the goal is to play as long as possible, perhaps it makes the most sense to play as many sports as possible? Just ask Derek Jeter, who played basketball in high school, or Elena Delle Donne, who played volleyball at Delaware before returning to the basketball team on the way to the WNBA, or Robert Griffin III, who played baseball and ran track.

My confession here is that my son ended up being a single-sport athlete by the time he got to high school. Baseball was his passion, and the other sports fell off the schedule and the radar. The skateboard that used to be his constant companion in middle school started to gather dust in the garage, and the old basketballs and soccer cleats got donated to charity. He is now a college baseball player, competing at a Division III school.

And while focusing on one sport may have played a role in getting him there, I can’t imagine, in retrospect, that it was the only path. I’ve heard him say that he wished that boys volleyball season wasn’t the same as baseball, because he would have played. I’ve heard him boast that the 3-point stroke he had on the middle school basketball team magically returned while playing pick-up basketball with some of his buddies. One of his high school friends was the football team’s starting quarterback and he’s playing club hockey in college now and loving every minute of it.

You just never know how things are going to turn out.

I retired the mini-van a few years ago, traded it in for a new car and watched with misty eyes as it was driven off into the depths of the used-car lot. But not before I cleared out some old soccer cones and a least one ball bouncing around in the “way back.”

The old days of the Saturday relay are long gone. I didn’t realize at the time how good those days were. They were fun. And isn’t that the whole point?