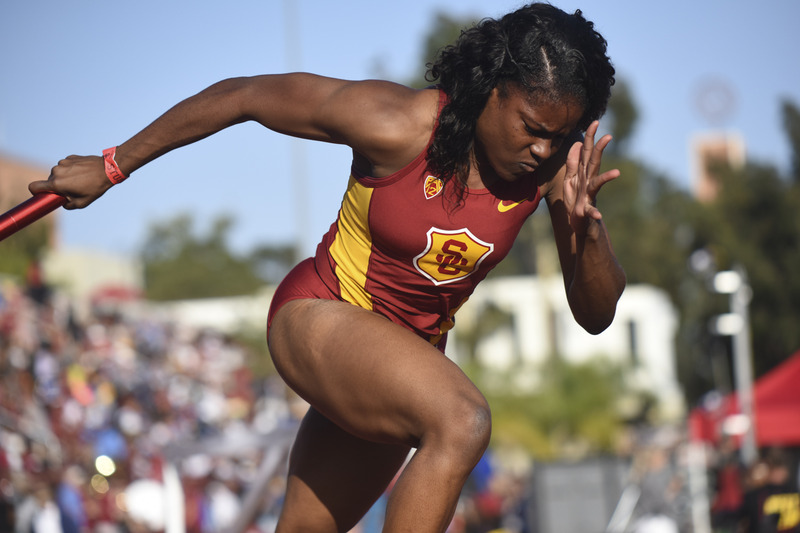 Sprinting technique is all about power and efficiency. In a sport where ‘elite’ and ‘run of the mill’ athletes are separated by fractions of a second, getting the most out of an athlete’s ability is essential to success, from the youth through professional levels. How efficient an athlete’s running style is basically boils down to whether or not an athlete is putting himself or herself in a position to maximize acceleration or speed maintenance with each stride when compare to the amount of energy they are exerting. Look at it like this: most athletes must run at 100% intensity just to hit speeds that are 85% of their full potential. In a sport measured in such small units of time, such a gap is simply not acceptable.

Building the Perfect 100m Runner from Start to Finish

At the same time, power output is critical to success on the track or in the field. The ability to apply force to the ground and transfer power through the core is equally as important to developing efficiency as it is to running fast. After all, at some point technique reaches its peak. Is it really reasonable to assume that athletes should expect to continue to run faster if they are not actively improving the strength levels that allow them to propel their bodies down the track or runway at faster speeds?

When searching for information about sprinting technique, lesser coaches and athletes will often look for a quick fix to these issues. But that is like putting a band aid on a gunshot wound. It’s not the kind of effort that will produce noticeable results. There is no magical drill that fixes all running form problems and there is no mystical strength training program that will develop explosive strength and power by next week. Sprinting technique is best developed by following proven training methods found in a complete speed training program that covers all the elements of speed development.

Speed drills should be used to fix form problems. All athletes have serious issues with their running form that must brought under control in order to continue to improve. But not all speed training drills are created equal. There are specific drills that should be used and they must be taught in a specific way. Some drills, like high knees and butt kicks, only reinforce poor sprint technique and shouldn’t be used at all. Further, speed drills that do work should be taught in a way that allows athletes to progress in a way that reduces frustration. Even the best athletes will have difficulty with the timing and coordination of the speed drills that they must master.

Power can be looked at in two ways. First, there must be religious devotion to developing the core, which consists of the abdominals, hips, glutes (butt) and lower back. All power from the legs is transferred to the ground through the hips. If the core is weak, once again athletes become inefficient, regardless of how ‘pretty’ they can now run. And, as I said before, you can’t get faster if you don’t get stronger. Athletes must train strength in a way that increases strength while limited increases in body mass. After all, why reduce the results of strength training by gaining unnecessary bulk. Sprinters are not bodybuilders and should not train as such. By improving strength while working on sprinting technique at the same time, athletes will become both powerful and efficient which is the hallmark of any great sprinter.