Welcome to the USTA’s Top 10 Games Every Coach Should Know. This material was developed for use by middle school and high school coaches, and tennis instructors who are responsible for conducting team practices and group lessons for beginning, intermediate, and advanced players. All of these games and activities have the following benefits: 1) They handle a minimum of 4-8 players per court 2) Each can be operated by the coach or the students 3) They are adaptable to various skill levels 4) The coach can integrate technical and tactical issues As coaches, you are encouraged to build upon this base of games with 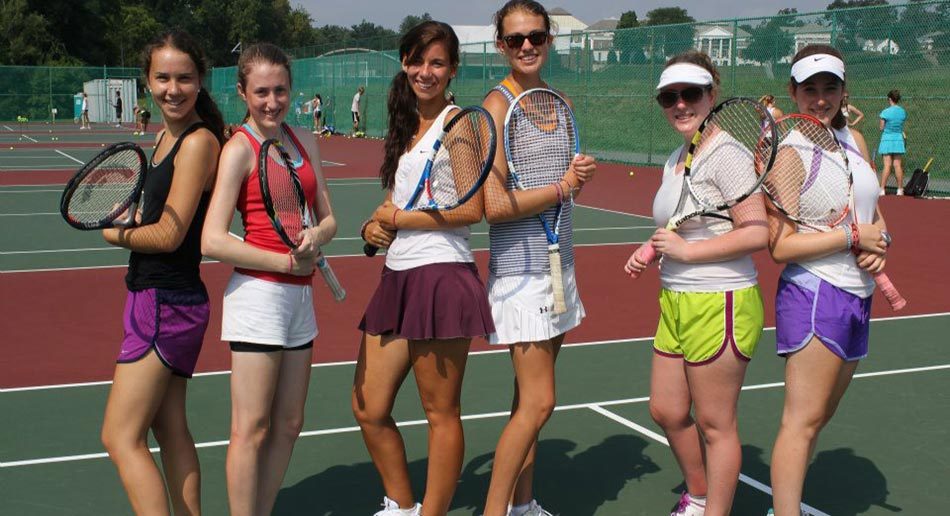 Welcome to the USTA’s Top 10 Games Every Coach Should Know. This material was developed for use by middle school and high school coaches, and tennis instructors who are responsible for conducting team practices and group lessons for beginning, intermediate, and advanced players.
All of these games and activities have the following benefits:
1) They handle a minimum of 4-8 players per court
2) Each can be operated by the coach or the students
3) They are adaptable to various skill levels
4) The coach can integrate technical and tactical issues
As coaches, you are encouraged to build upon this base of games with additional variations as your players continue gaining experience.
Consistent with “play based” coaching, it is important to structure practices and workouts based on observing players in match situations. This provides the context for which skills need to be developed and honed. You can pick and choose from the games in this material at your discretion.
On behalf of the USTA, we hope you enjoy all of the experiences that result from playing and coaching these games and activities.
A
A
#1 – One Ball Live
A minimum of 8 players is needed for this game. Two sets of players rally with one another in a “split-court” set up, in which the court is halved vertically. Two balls are put in play with a drop-hit, for two simultaneous rallies.
Once an error is made, the person making the error calls out “one ball live!” and the remaining ball is played out among the four players. The winning team scores a point and stays to play against two new players. Play until one team reaches 10 points and is declared the winner.
#2 – Tag Team Singles
A minimum of 4 players is needed for this game. Players are split into two groups and each forms a line behind the middle of each baseline. One player is “up” on each side (A1 and B1). A1 drop hits the ball and runs to the back of her line. Then B1 hits the ball and runs to back of his line. After each player hits the ball once, each runs to the back of their line, keeping the point going until one side misses. Each line can keep track of how many points they win. The first team to 10 points is declared the winner.
Singles Games
BB
←
A4A3A2
A1
B4B3B2B1
←
Singles Games
A1
Champs’ side
B1
B2B3B4
A2 A3 A4
A1
#3 – Champion of the Court
A designated champion competes against a line of at least 3 challengers. The champion (A1) assumes a baseline position on one side of the court. Other players (i.e. the challengers, diagrammed as B1-B4) wait at the back of the opposite side of the court. The first challenger, B1, assumes opposite base line position. B1 drop-hits or serves the ball to A1, and a point is played using the singles court boundaries. If B1 wins, he is the new champion and runs to the other side of the court (the Champion’s side). If A1 wins, she stays and plays a point against B2.
Variations: The Challengers have to win three points before becoming the Champion.
#4 – Champs and Chumps
A minimum of 6 players is needed for this game. Three or four players line up behind the baseline on each side of the court. One side of the court is designated as the Champions’ side while the other side is called the Chumps’ side. The first player from each side plays out a point, using the singles- court boundaries. The player that wins the point goes to the end of the Champions’ line while the loser goes to the end of the Chumps’ line. The other players rotate through their line in order. Players can start the point with a drop-hit from the baseline or a serve.
Chumps’ side
B1
B2 B3 B4
A4 A3 A2
Doubles Games
#5 – Team Doubles
This game requires a minimum of 6 players. Four players assume the typical doubles positions on each side the court. One side is the serving side and one side is the returning side. Points can begin with a drop-hit or a serve. After a point is played, players take turns rotating one spot on their side of the net. For example, player A1 would move to the back of the “A” line, player A2 would move to the net and A3 would be on the baseline.
Games can be played to 7 or 11 points with teams switching sides of the court after each game. One side serves the entire game. All serves are from the deuce court.
Variations: Points can begin with a drop-hit, serve, or feed from the coach.
#6 – All Position Doubles
A minimum of 8 players is needed for this game. Each player stands adjacent to a doubles position. A1, B1, C1, and D1 play a point, starting with a
B2 B3
B1
A1
B2
B3 B4
A4 A3
A2
A1
B1
C1
C2 C3
serve or drop-hit. Once a point is played, each player rotates to the next position. The “A” participants rotate to the end of the “B” line and so on.
After the rotation, another point is played—this time with players A2, B2, C2, and D2. After the point is over, all players rotate and the ball is put in play.
The benefit of this game is to play points from all positions on the court and to have players moving constantly. –Submitted by Geoff Norton
D1
D2 D3

A4 A3
A2
A1
Doubles Games
#7 – Champs of the Court Doubles
This game requires 6 to 8 players per court. A “champion” doubles team (B1 & B2) competes against a line of challengers (A1-A4). To start, the champs assume base line positions on one side of the court. All challengers wait at the back of the opposite side of the court, with the first two (A1 & A2) assuming base line positions. The challengers play 3 points against the champions.
On the first point, the coach feeds a short ball to the challengers’ (A1 & A2). Team A hits an approach shot and plays out the point. The coach feeds the second point as a volley or half-volley to the same side. The third point is fed as an overhead. If the challengers win 2 out of 3, they take the place of the champions and hustle to the other side of the court. The coach then counts down “3-2-1” and feeds to the next challenging team while the losing team rotates to the back of the challengers’ line.
B1 B2
Coach
Champs
Fun Group Games – Supersized
#8 – Triples
In this game, players are divided into two teams of 3-6 players. Each side forms a triangle with one person at the net and two players behind the baseline. Extra players wait at the back fence to fill in from the baseline after each point. The ball is fed into play by a coach or a player and the point is played out using the doubles court. After each point, players rotate clockwise. The first team to 10 points wins the game. This game helps develop quicker reactions and alertness at the net.
B3
A4 A5 A6
A1
A2
B2
A3
B4 B5 B6
B1

Fun Group Games – Supersized
#9 – Deep Desperation
A minimum of 10 players is needed for this game. A doubles “champion” team (C1 & C2) is placed on one baseline. All other players line up with a partner at the net post. The first team at the net post takes positions at the net. The coach begins each point with a high lob to the open court. The players at the net must chase down the lob (letting it bounce) and play out the point against the champion team. If the challenging team wins, they run over to replace the champions. A new ball is fed high into the air to the next challenging team. The players at the net post must move quickly onto the court to play the ball. If the challenging team loses the point, they quickly go to the end of the net post line and the next team of challengers comes in to play out the lob. Whoever is left in the champion position after a designated amount of time wins the game.
WIN
C1 C2
Coach
x
x

XXX XXX
#10 – Wipe-out
In this game, the group is divided into two teams of at least 5 players each. Each team stands in a line along the back fence on opposite sides of the court. To begin, one person from each team plays a singles point beginning with a drop hit. After the point, the winner stays on the court and adds a second person to his or her side of the court. The player who loses the point goes to the end of their line, and the next player drop-hits the ball to the two people on the opposite side.
Example, A1 plays B1 and A1 wins the point. B1 goes to the end of the “B” line while A2 joins A1 on the court. B2 becomes the new lone player and puts the ball in play with a drop-hit. Team “A” must play into the singles court but B2 can use the doubles court. If Team “A” wins again, A3 is added to the court to play against the new player B3. B3 will drop-hit to begin the next point. If B3 wins, she adds B4 to her court and plays A4 only. In this case, players A 1 through 3 are “wiped out” and return to the end of the line. Play continues until one entire team is on the court and wins the next point.
This game usually seesaws back and forth with teams adding players and then getting wiped out. This game is effective for extra large groups of 10 or more people. Note: Always start the ball from the side with one player and be sure players maintain their order.
Lose B1