Soccer – Defense | How to Coach soccer defending and tackling to kids 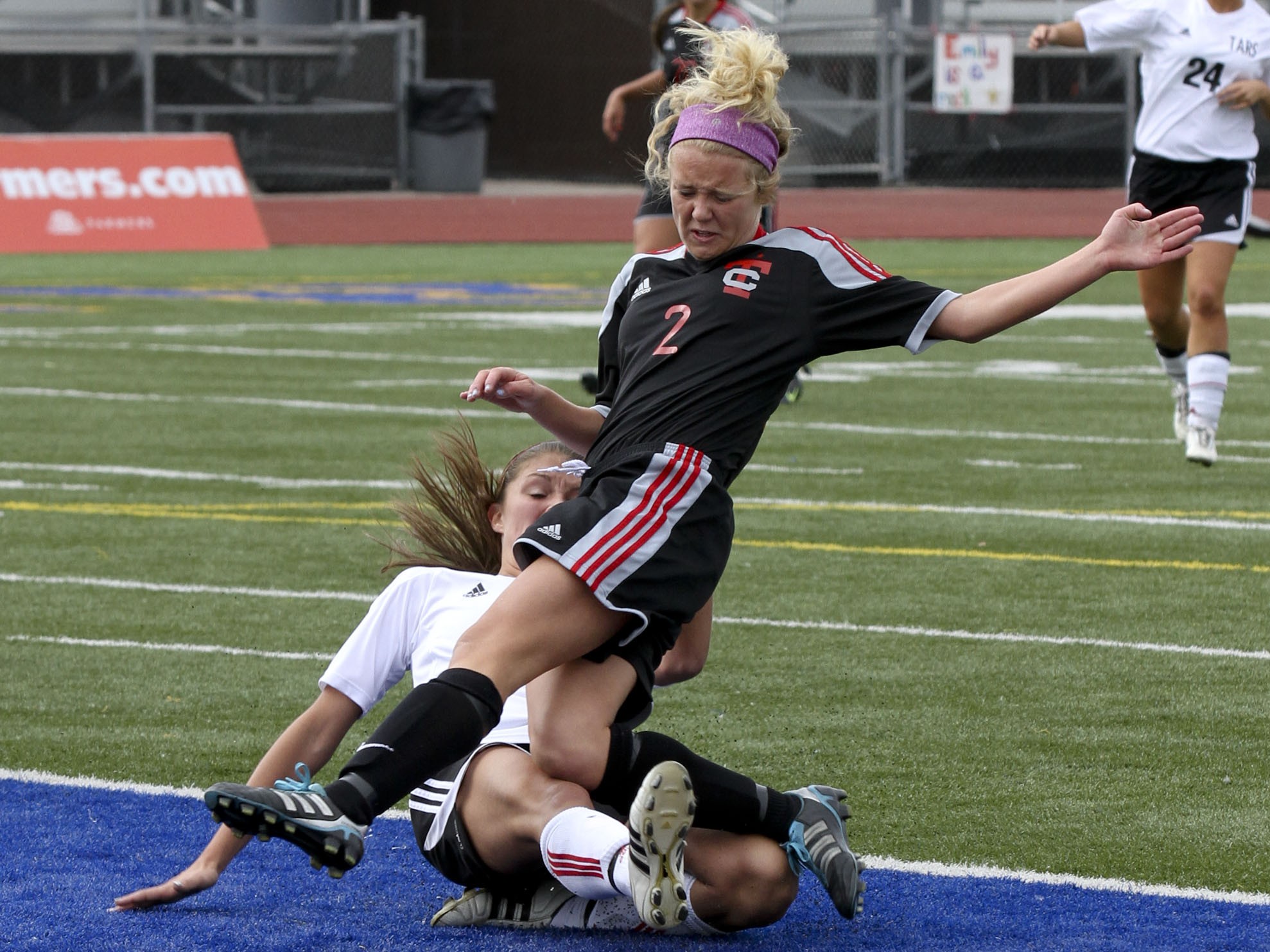 The attacker flies by on his or her way to the soccer goal, leaving the goalkeeper exposed …goalllll!!!

Does this sound familiar? This is one of the toughest things to teach young soccer players – how to become a good defender. The newer or more inexperienced soccer players tend to dive in or what I call “stab” sticking their foot out and reaching to try and win the soccer ball. They don’t know how to use a soccer tackle and think just kicking out at the soccer ball will do the job. This puts the player off balance with no chance to recover to win the soccer ball back.

So, when this is happening you can forget about soccer shape coach. When one player gets beaten the other players have to react and this pulls players out of position or shape because they have to come over and help.This takes quite a long time to learn but young players should work on 1v1 defending and how to tackle.

HOW TO TEACH 1V1 DEFENDING?

I generally go about teaching young players 6-12 years old how to use the right form to tackle the soccer ball. Once they get the timing down they become better at winning the soccer ball.

The most basic tackle is the block tackle, so this is a great place for coaches to start teaching players this tackle. Once the players get the idea of how to tackle the coach can also work on stance.

Check out this video for some basic defending skills.

The basic soccer defending stance is…

Keep the knees slightly bent and the feet moving so the soccer defender can change directions.

Teaching any kind of advanced soccer defending at this age is futile as young players don’t understand the concepts, so I’ll stick to the first defender only, meaning the player that is directly in front of the attacking player with the soccer ball.

HOW DO WE DEVELOP GOOD 1 ON 1 SOCCER DEFENDERS?

This is very basic defending which should probably start being taught between the ages of 10-12 years old when the players have some skill or some experience playing other wise this will not make sense to players.

One way to develop good attackers and defenders is to play lots of 1 on 1 soccer. Attacking players learn how to use soccer moves so the players without the ball now have to defend the moves.

The more the defending player sees good attacking moves the less the defender panics and dives in and is able to judge the distance and angles needed to be a good defender. When the first defender is good the rest of the team can recover and the shape works.