he list of requirements for a mini-rugby coach is long. You need to be patient. You need to be energetic. You need to be alert. Most of all, at the very least you need to have a basic understanding of what rugby is and how you play it. This, I find, is where I fall down. I'm standing in the Old Alleynian rugby club grounds, surrounded by children. They're tiny. None of them even come up to my elbow. I'm stronger than them, faster than them and more intelligent than them. And I'm bricking it. All 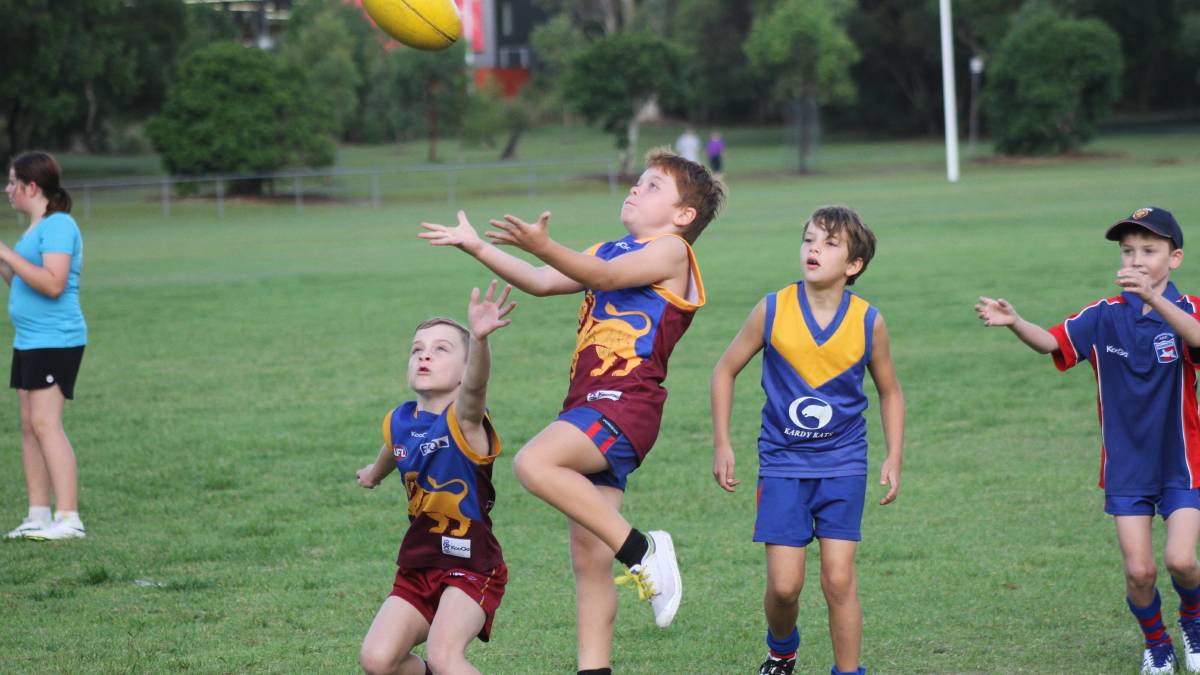 he list of requirements for a mini-rugby coach is long. You need to be patient. You need to be energetic. You need to be alert. Most of all, at the very least you need to have a basic understanding of what rugby is and how you play it. This, I find, is where I fall down.

I’m standing in the Old Alleynian rugby club grounds, surrounded by children. They’re tiny. None of them even come up to my elbow. I’m stronger than them, faster than them and more intelligent than them. And I’m bricking it. All they need to do is ask how many points you get for a try, or why they’re only allowed to pass backwards, or why the ball is even shaped like that, and I’d be stuffed. I haven’t got a clue. I don’t think I’ve ever so much as watched a rugby match all the way through, let alone played in one.

But I did used to work as a kindergarten teacher, which at least taught me the three main rules of looking after kids. Rule one: be approachable and enthusiastic. Rule two: naughty kids fall in line if you count down from five to zero at them. Rule three: one day the kids will discover that you’re essentially powerless after you reach zero, and that will be the end of us.

I’m here, pretty much, because a bloke from my gym is the academy director of youth rugby at Old Alleynian, and was looking for volunteers. I agreed to go along because I like the bloke and I miss working with kids. Plus, if you’re struck by the same terrible affliction as me, in which you spend every Sunday lying face down in bed with the curtains drawn, it’s a great way to get you up and doing something active that’s actually, as uncool as this sounds, rewarding.

It’s something anyone can do, provided they’re willing to be subjected to a criminal record check. The Rugby Football Union estimates that 50,000 people volunteer at clubs around the country and the volunteers at Old Alleynian – who number more than 100 – include first aiders, managers, referees, tea-makers and coaches. There’s a great sense of everyone pitching in together, so it doesn’t matter if – like me – you’re slightly haphazard. A bit of enthusiasm gets you a long way.

It’s a good set-up. Every Sunday morning, rain or shine, dozens of kids turn up for a runaround. Although Old Alleynian is the swanky Dulwich College rugby club in south London, thanks to its community schools outreach rugby coaching programme, it actively recruits kids across Southwark, so there’s a big mix of backgrounds. Genders, too. One of the most indomitable members is a pigtailed little girl called Connie, who very openly refused to take any nonsense from any of her peers.

The kids were already in session when I arrived, running up and down the field with abandon. After that, the head coach took a register and set up a game of tag rugby, where the kids yank Velcro tags off each other in lieu of tackling. My job was to oversee one of the teams: making sure everyone was in the right place, wearing their bibs, paying attention and not just standing in a corner spinning around uselessly, like I used to do in PE.

It was fascinating to see the mix of kids – the squat little brutes who clearly loved rugby, the floppy-armed daydreamers who didn’t want to be there – and how you have to modulate your attitude towards each of them. Also, as a born-and-bred floppy-armed daydreamer myself, you quickly learn not to stand still for too long, unless you want a muddy five-year-old to clatter into your shin at the speed of sound. And, for the love of all that’s holy, learn to keep score. Apparently it really, really matters to kids that they’re winning 6-5 and not 5-4.

One of the phrases I heard most from the adults is “cat-herding”. That’s a painfully accurate description of what the task entails. You’re constantly counting heads, but the heads are all tearing around as fast at they can and shouting at each other and wandering off to their dads on the sidelines to eat a banana. It can be exhausting.

But it’s also completely worthwhile. As our session wrapped up and the kids scattered away to the car park, the head coach asked if I’d fancy volunteering more regularly next season, and I said yes. I suppose this means I should learn how rugby works.

Stuart volunteered with Old Alleynian Mini-Rugby. If you’d like to volunteer at your local rugby club, click here.

Stuart’s tips: how to be a successful kids’ coach
Keep control. Prepare for your coaching session by trying to herd a swarm of flies into a plastic cup

Don’t worry about the rules. For now, just be enthusiastic and energetic

This isn’t about you. Don’t spend the whole session showing the children how brilliant you are at rugby

You are an adult. Do not let the children intimidate you, no matter how many times they call you names

When all else fails, high-five the kids. High-five like the wind!