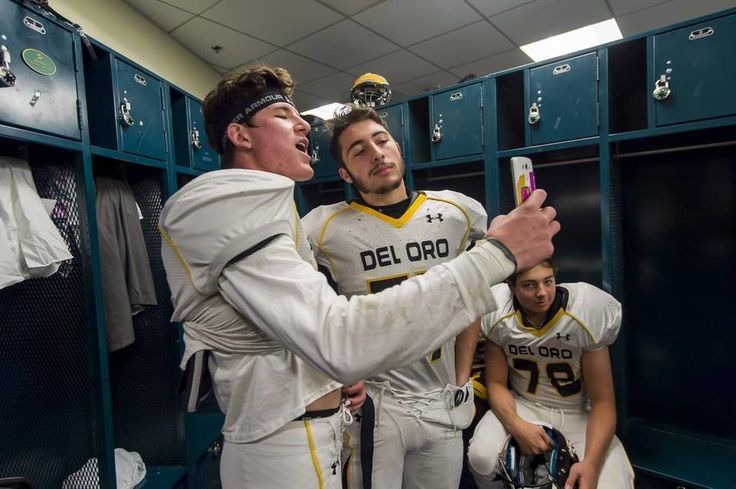 Making matters worse is an online environment in which parents attack the choices of coaches, go after coach’s jobs, and generally make matters worse for coaches. Do coaches deserve this type of online harassment? I don’t know. Maybe sometimes they do. But most times, probably not.

I’ve coached high school football for fifteen years, and there is not a doubt that coaches have more headaches and problems in the post Social Media world than the pre Social Media world. I consult coaches nationwide at the college and high school levels. I hear stories from all over the nation about coaches losing their jobs because of parent satisfaction. Often times, this rears its ugly head on Social Media, and usually makes things worse.

Look, since the invention of sport, parents have thought that their child was better than the one starting in front of them. That’s never really changed. Since the cavemen drew on walls, Little Johnny’s painting was always better than Little Billy’s painting, that’s just the way it is.

What has made for a harsh environment for coaches these days is Social Media, an online environment in which you speak your mind about Little Johnny’s painting. You go after his art teacher, who awarded Little Billy.

Yesterday I read an article with a scary title: ‘Hostile’ social media intensifies sting of parents’ beefs about high school coaches. You can read it here.

To summarize the article, “Two longtime coaches who resigned last month both blamed, in part, parents using social media to amplify their vitriol. Coaches who counsel their players on the long-term damage caused by careless social media behavior are now increasingly reaching out for help to counter parents in need of similar restraint.”

It got me thinking. I’ve never seen social media guidelines for the parents of student-athletes. Heck, they need directions on how to responsibly use Social Media just like students do.

So, I created 9 SOCIAL MEDIA GUIDELINES FOR TODAY’S SPORTS PARENT.

1. Your child is the number 1 priority in the triangular relationship between you, your child and their coach. Keep that in mind every time you post. Your child’s wishes are most important, not yours.

Parents, do you realize how much you embarrass your child when you go off on his/her coach? At what expense? Your child’s developmental process through athletics is something you need to keep in mind before voicing your concerns. Your CHILD is the priority in this relationship. Don’t say or post anything that will adversely affect your child. Talk with your child before posting what you feel like you need to post. Does your child agree with what you think or feel about the situation? They are the priority, not you.

2. If you wouldn’t say in front of the coach, with your kid there, don’t say it online.

3. If you wouldn’t say it in front of the Athletic Director/Principal, don’t say it.

People tend to say things behind the keyboard, or phone, that they would never say in person. Almost everybody is guilty of that at one time or another. Be responsible with what you say online about your child’s coach, or team by using #2 and #3 above as a guide. Would you post what you want to post right now if the coach, principal, athletic director and your child were all standing there next to your computer?

4. Let yourself cool off for 24 hours after the game or “incident” before posting.

Most coaches ask parents not to address anything from a game for 24 hours. Don’t approach your child’s coach in the parking lot to question a call that was made, or to ask about playing time. Give the coach some time to get removed from the situation. Otherwise, emotions from the coach and or you the parent can get out of hand. The same thing goes for your online management. Give yourself 24 hours before making that post about the game, the coach, your child’s playing time, etc. It is amazing how trivial some of those things will be the very next day, when emotions are removed.

5. Ask yourself “What is my purpose in posting this?” before posting it. Does it serve your child well? Or just your own interests?

Social Media allows you the parent to say ANYTHING you want. It gives you a vehicle to “rant” if you would like. But what good will that do? It might get it off your chest, might make YOU feel better. Remember, your child is most important here. Will it serve him/her well? Think about your purpose before you post. If your purpose in posting is simply to make another person look bad, or to get something off your chest, that’s probably not in the best interest of your CHILD.

6. Remember that the child who is starting in front of your child is also a child.

Bemoaning your coach for playing time is very insulting of the child who is actually starting. Your child’s coach is probably a professional. He/She has probably done their job for a LONG time, and in many cases longer than your child has been alive. Give them some credit.

Most athletic departments and or youth sports leagues have some sort of policy about what to do when you’re unhappy with the coach. Follow this athletic department policy regarding communication with the coach, the proper chain of command, etc. even on Twitter and Facebook. The damage that can be done online to a person now a days, even if the information is totally false, once out of the bottle, it’s hard to get back in the bottle. Keep this in mind. Following the provided policy about communication will keep you from ending up in a negative place.

I’m blown away when I see “adults” online talking smack to children. Yes, children. Some adults simply should NOT be allowed to have Social Media accounts! Why would you ever make fun of a kid, or bully a kid online about a game? Does your life really lack so much meaning that you get satisfaction from talking smack to a 16 year old? Keep things positive about your child’s team, period.

Trolling is when you put things out there on Social Media to entice somebody. Posting something really vague about your emotions, or about what has happened during the course of the day is a form of trolling your kid’s coach. Stay away from this.

I really hope that these guidelines serve parents and more importantly, their children, well.

Need a consultant/3rd party to talk with the parents in your athletic department? Contact Coach Fore about making this happen.

Be smart, be appropriate, and keep your children as priority online.