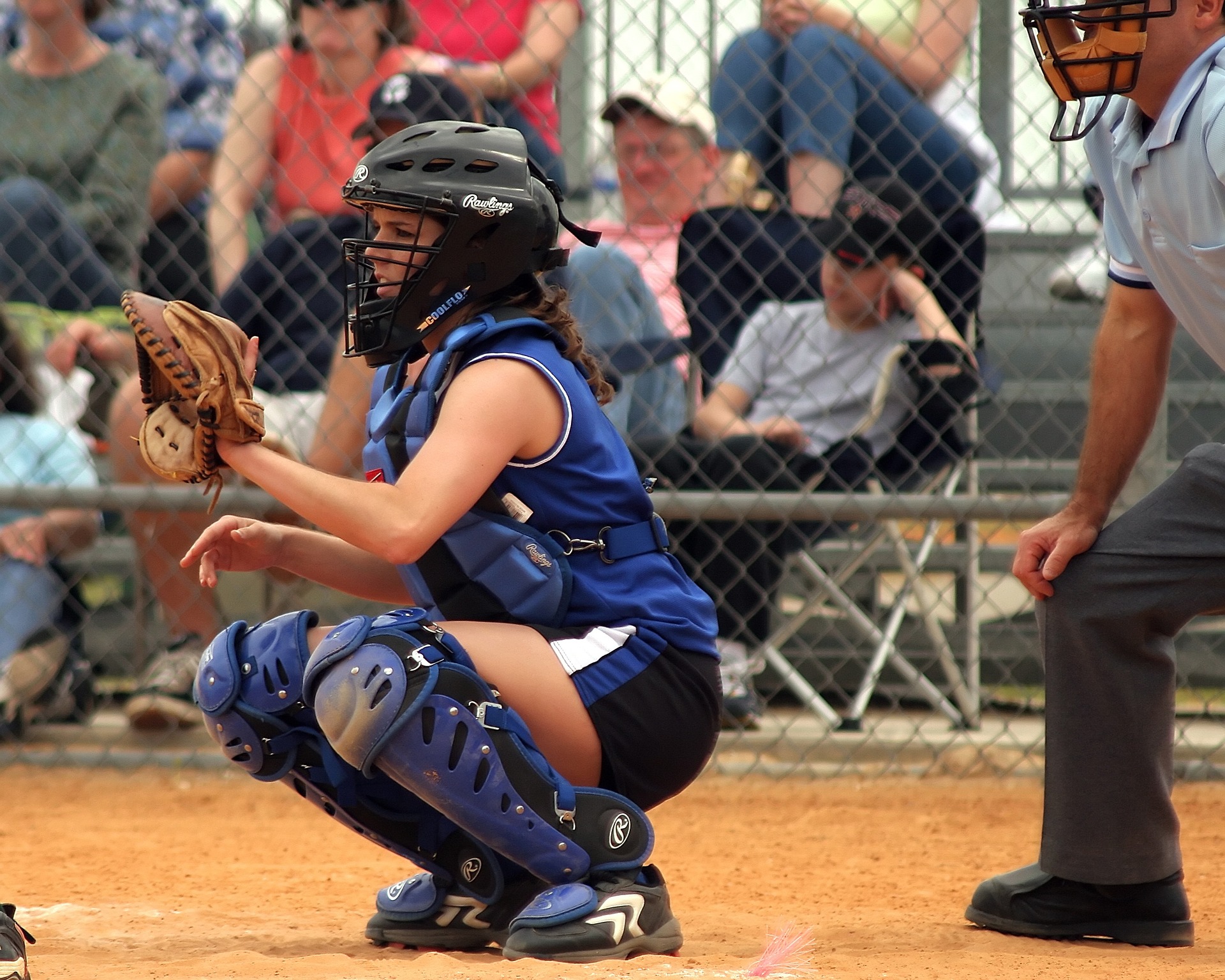 1) They Are NOT Going To Be A Professional Athlete.

Along the way, somebody has told you that your kid has talent and that became a drug. In fact, 26% of parents believed that their kid could play professional sports! Twenty Six Percent!! The number is so absurd that it only allows one conclusion, “Who told you that?”

If most people knew what it took to be a pro athlete, they’d never sign up.

We only view the most elite of the elite, the .000001% of professional athletes, like Lebron, Tom Brady, or Serena Williams. We don’t see the d-league basketball player, the guy on the practice squad, or the 87th ranked female tennis player. These players are great professionals as well, but they often live overseas, or travel 30-40 weeks out of the year, and simply don’t make millions of dollars.

Even if your child becomes a professional athlete, they aren’t going to be for very long, It’s a small portion of their life and it’s often finished by 30 or 35 years old. Then it becomes, “now what”? They will rely on the relationships and skills they’ve developed outside of their actual sport talent.

So, as parents, after every championship or setback, just focus on the moment and not allow the picture to get too big like them becoming a professional athlete. Remember this fact even if a coach tells you how good they are and “could be” with their coaching and program.

2) They Are NOT Getting A Full Division I Scholarship.

First, only 2% of high-schools athletes play Division I sports. (I work with many division I athletes so this is tough for me to comprehend because my sample is skewed).

Keep Richard Marx in mind and remember it don’t mean nothing until an official grant-in-aid is signed on the dotted line. A verbal offer is meaningless as well as monies supposedly offered.

Other parents will want to play this narrative that their own child received a letter from such and such school, and are “being recruited.” This may not even be true! Yes, they may have received a letter, but that was one of hundreds sent out. A player is not getting recruited until one of the coaches contacts them personally.

So, all of the sacrifices, travel, expenses, and commitment should be decided upon before going down this path of  “full-scholarship.”

If your child loves their sport and has the passion to play and practice, then they can play in college. But, the biggest question for playing in college should be “will they receive PT?”

PT = Playing time…This the currency that every athletes wants to spend.

I know several athletes who were “good enough” to play the the top level of collegiate sports, and they chose to go that path instead of going someplace where they could actually play and contribute on a consistent basis.

Alas, do you as a parent even want them to play Division I? It is another full-time job — 6 am weights, 8 am classes, finished classes by 2:45, practice done by 6PM, study and dinner finished by 11 PM. Rinse and repeat, rinse and repeat.

These different levels of collegiate play are highly competitive and are excellent options to explore. Great academics + college experience  = Winning as a Parent of an Athlete. These other levels are a part-time job compared to the full-time job of Division I.

Scholarships are augmented through academic monies, so your child carrying a 3.7 GPA can receive grant-in-aid from both athletic and academic.

How do you introduce and describe you child?

“Here is perfect little Rachel” or “This is Johnny, our star second baseman.” The words we use to describe our own child carries meaning. Rachel certainly isn’t perfect and what happens if Johnny gets hurt or doesn’t make the all-star team?

Click Here to Watch BONUS Video. THE BEST NAME TO CALL OUR KID!

“The will to prepare has to be greater than the will to win.” – Bobby Knight

Passion is the pre-requisite for achieving anything great in life. As bad as you may “want it” for them, if they don’t take ownership and want it themselves, then the struggle will be real.

Those that have passion often don’t have to be asked to practice, nagged to work on something, or coerced into playing. There’s a good saying that goes along the lines of  “it’s tough to be driven when you’re being driven.” They are the one’s that have to want it.

6) Ride The Carousel, NOT The Emotional Roller Coaster.

There is a funny saying on tour amongst caddy’s about how their player performed. When it’s good,  it’s “WE shot 67”  OR it’s “HE shot 75” if he played poorly.

If you treat every performance as life and death, then you’re on the roller coaster of emotions and you’ll be dead! Vicarious parents live through their child, whereas supportive parents live with their child.

Your role as a parent of an athlete is to provide balance, stability, and support in their life. You must remain detached from outcomes! If you get caught up in the drama or results of winning and losing, then you can’t remain level-headed.

The carousel is not much fun, but’ it’s the only ride that you should do as a parent.

I’m here to break it to you, but since they were little, they watched for your reaction in the crowd. They saw you slumping in your chair, looking at your phone, or throwing your hands up in disgust. Your own body language spoke so loud, they didn’t even need to hear what we were saying.

[Tweet “Your own body language spoke so loud, they didn’t even need to hear what we were saying.”]

Negative body language does not show that we care or are passionate, it communicates that we are not confident. We are signaling that we do not have faith in our own child or that they can turn it around and make a good play.

This is not easy, but essential — Your own body language must ride the carousel as well. It must be confident and supportive. Head up, clapping or cheering and if they do look, always a thumbs up!

How many of you have eaten out at restaurants? I love it as well.

So, how many times have you returned a dish and told the cook “THIS is how you prepare shrimps & grits?”

So why do we feel that we can go talk to coach about our son and daughter or their coaching style or type of plays? Parents yell, coach from the stands, complain, even write anonymous emails to administration or other parents. I’m here to let you know to STOP IT.

If your own son or daughter wants to develop the skill of communication and ownership, then it is their responsibility to talk to coach about playing time on their own. Role play with them all you want, but it is ultimately up to them.

9) Talk About All Pressure Situations Here.

He didn’t want the team or coaches to come up with a last second defense or shot in the moment. They had already discussed all of those situations the evening before. So, when those pressure moments hit, they already had a plan in place.

There are good times to provide feedback and there are not good times. During the car ride home is NOT the time to offer unsolicited advice.

Watch our quick video on how parents Ruin the Car Ride Home!
We need to set up times when we are all cool, calm, and collected that we discuss all emotionally charged discussions.

10) It’s NOT Who Gets There First, It’s Who Can Get There and Stay There.

The best twelve-year olds in the nation right now (pick the sport) should be the best 14-year olds, 18-year olds, become the star in college and win an Olympic gold medal or professional championship! Right?

It happens, but rarely.

But, we still rank the top 7th graders in the nation!

It is rare because there are so many factors when it comes to long-term success that we neglect the long-term and only focus on the short-term. We look at the short-term development with a microscope and speculate into the future with a telescope!

[Tweet “We look at the short-term development with a microscope and speculate into the future with a telescope!”]

Here’s the point! There will be many challenges and losses and failures along the way. If we don’t allow them to experience these setbacks, then we retard their eventual progress as an athlete and person. It’s only having gone through these difficult times that produces our character. Besides, it’s not about the setback, it’s about the comeback.

Sport teaches whatever we want it to teach, so as a parent of an athlete, are we only focused on what our child can get out of sport, or do we care more about all of the lessons that he/she can learn FROM sport?

Leadership, creativity, effort, passion, confidence, teamwork, communication, perseverance, mental toughness, focus, letting go of mistakes, handling conflict, overcoming obstacles, and being in the zone are all skills that will last WAY BEYOND when their sport career is over.

We need to trust the process when it comes to development as a person.

If you have some additional reminders, please email me.  Maybe it’ll make the next book.