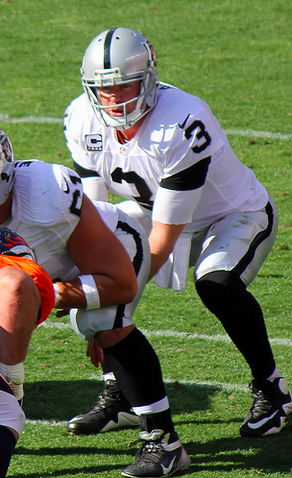 It’s Week One, and your wideouts have a distinct size advantage over your opponent’s secondary unit, which runs a base Cover 2 defense. You know your top weapons have speed to burn; and if you can get the ball in their hands, they will torch the opposing cornerbacks and safeties alike.

As the quarterback, it’s your job to identify mismatches and make adjustments to exploit weaknesses in the defense. Your number-one wideout towers over the CB he’s matched up against, and there’s no way the smaller guy can jam him up at the line.

Or will that corner, instead, drop into coverage as part of his assignment in the Cover 2 scheme?

Here’s a clue: You need to be familiar with defensive assignments within the schemes your opponent is running.If you’re not, your offense will be at a major disadvantage.

This kind of awareness and vision are two of the most difficult attributes for a QB to develop. Fortunately, two elementary exercises can enhance your ability to read opposing defenses and make quick decisions under pressure.

“It’s In The Game”
Don’t just play video games, use them to your advantage. You may once have thought, “who in their right mind spends time playing in Practice mode?” Fair question—if you’re playing Madden or NCAA 12 simply for fun.

However, running an offense in Practice mode gives you a clear look at different defensive schemes in action. “Video games are getting better at giving you good coverages,” Clarkson says. “It’s not so much playing the actual game, but rather going into Practice mode and setting up defenses—Cover 1, Cover 2—and seeing how those defenses break down.”

From there, you can dial in plays from your team’s playbook, and run them against those defensive schemes. Work the ball to different areas of the field and discover which options are most successful.

Adjusting to game speed is not easy, but as your team’s quarterback, it’s on you to have your entire offensive unit—backs, linemen and wideouts—on the same page. You must also be aware of the intricacies of each route run with every play that’s called.

To develop your timing and rhythm in the pocket, all you need for this assignment is a pencil, plain white paper and tracing paper.

On the white paper, draw up a play from your playbook. Take the tracing paper and diagram the basic defensive coverages you’ll be facing. Place the tracing paper over the white paper and you’ve got a QB cheat sheet. “This will help you understand how your reads are going to work and where you want your progressions to be,” Clarkson says. “It’s just a great way to understand the different coverages and help find a weak spot within those coverages.”

Clarkson recommends drawing up five or six plays from your own playbook and scheming the routes against multiple defensive coverages.