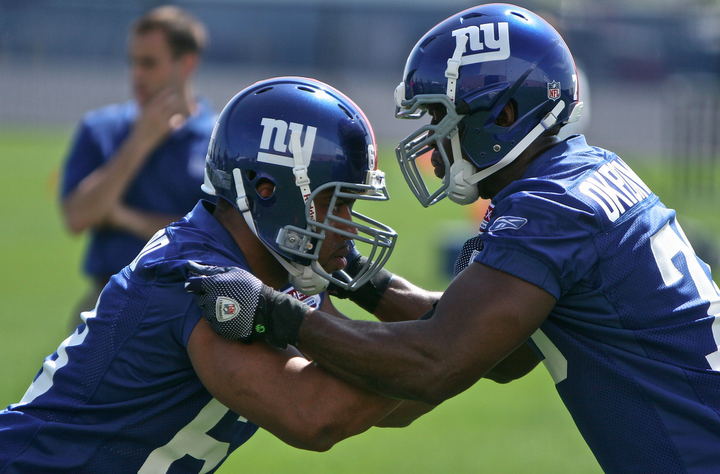 Frequently we talk here about a player’s technique when we write evaluations of a position or a coach. In football there is more to it than just running around and knowing where to be to make the play. There is a way to properly make a tackle, there is a way to execute a block properly, and a way to rush the passer. You don’t want to give the QB time to get to his 2nd or 3rd read on the pass, and you have to restrict his throwing lane. Sometimes pure athleticism can get you the sack, but technique is the mark of a good player and shows that he’s been coached well.

There are several we’re going to cover here but all start with the proper stance, with weight over their feet and not the down hand, and correct alignment. The initial step is always important. Every man has a pass rush lane that he shouldn’t deviate from until he has to do so. Every man must constantly be moving his feet and his hands, no matter what. Every pass rusher will start with one or two in high school and progress from there, and some in the NFL may only use 3 or 4 different techniques with variants off of those. Here I’ll cover the basic pass rush techniques

The bull rush is usually the first one taught and the most straightforward to understand. Top HS recruits will sometimes only have this move without much sharpness on the others, simply because they are the biggest guys on the field. What use is there for you to spend much time working on a rip move in high school when you’re the only 6’4″ 250lb guy on the field at any time? You can easily bulldoze most of your offensive opponents. Problem is, in college you don’t get away with that and must work on the proper way to do things, and to vary your techniques.

Off the snap he fires out of his stance and drives the palms of his hands into the numbers of the Tackle. He has to extend his arms fully to keep the Tackle from doing the same to him and a fully extended arm lets you generate the most force. If the arms don’t get extended, the Tackle can grab you and pull you to his body, controlling your movement. The End must drive the opponent to a point 3 yards in the offensive backfield while focusing on the QB. At that 3 yard point, he decides which technique he wants to use on his adversary. If you think you can just push him backwards into the QB, you can continue to use the bull rush. The drive is meant to force the Tackle to open his shoulders, and to compensate he hinges toward the End. Once he does that, he has opened a lane for the rusher, who makes a B-line to the back shoulder of the QB (not the front). The Tackle will only be able to chase and won’t have leverage to properly block him any longer. It must be emphasized that the End cannot stutter step or slow down at all, he must go full bore to use this speed rush. If he’s not fast enough then the Tackle can step outwards and square up again, closing the door. At that point he’ll need a recovery move. He’ll have to chop the hand reaching for him and his own hand up quickly and rip the elbow of the OT, or club his arm to keep it off him. Now what if those aren’t working for you?

Ok so what if the Tackle has been well-coached too? He has quick feet and slides out, remaining square to the End after the snap. Speed and bull rushes don’t work so well on those guys and you’ll need a variant of the others. The End still drives to a point 3 yards deep but now can use a Rip move. The End drops his inside (ballside) shoulder to give the OT less area to block (without getting a holding call), then uppercut punch the Tackle’s arm with that hand. He has to uppercut all the way up to free himself. He then points his outside foot to the QB and rips under the arms of the reaching Tackle, without letting up.

If the Tackle overextends himself getting out to the 5 or 9 technique End, he can dip his hips and rip underneath, going inside the Tackle, but he must get the outside foot upfield as he brings his outside leg under the Tackle.

Another option to use instead of the Rip is the Spin, particularly when the first move carries him past the QB. Here the End plants his inside foot hard and punch his inside arm to the chest of the blocker. He will have to shift his weight to keep blocking position and the End must take advantage of that split-second shift. The End steps out with his outside foot, sinks his hips, and spins his body around and under the arms of the Tackle. The End’s outside arm whips around his eyes go back to the QB. That outside whipping arm is punched into the back of the Tackle, gaining separation.

If coming from the outside a variation you can use is to chop the arms of the Tackle with the outside arm instead of punching his chest, as Bronco Mendenhall describes below.

Another one is the swim move, which can go inside or out. How well this one works depends on the height difference between the two players. This is why Ends are tall and why offensive tackles are getting even taller: a tall tackle presents huge problems for this one. Thus, you don’t see this one as much anymore.

It starts like the others, then the End gives a stutter step or hitch. He then snatches the blocker’s jersey high on his frame, while sinking his own hips. The sink draw’s the Tackle’s shoulders downwards. The outside arm of the End then grabs hard and pulls the Tackle’s outside shoulder down towards his inside foot (diagonally). The next part is key: the DE must drive his own inside foot past the Tackle’s outside foot. The DE’s inside arm comes over the pulled-down shoulder and he’s free.

Some interpret the last part differently. Some actually swim their arm over the OT’s head, which is not the best way. When swimming it over, the DE elongates and exposes his body to a blow. A quick punch to his number by the OT may let him recover and reset his feet. What the End has to do is punch his swimming arm over the shoulder pads of the OT and make sure his outside foot gets behind the OT’s.

The Counter/Club is a pretty simple inside move to learn. It works as a counter move to those above at QB depth in the backfield. You never want to rush beyond the passer’s depth, go even and then counter back inside, because he can step up and throw once you’ve rushed past him. The End drives the OT back even with the QB, then punches (clubs) the OT’s outside arm with his inside arm or grabbing him with his outside arm and yanking him outside. This is meant to force him to shift his weight outside. Then you rip underneath with the outside arm and leg, crossing the Tackle’s face while he’s shifted outside. Reggie White’s “Hump” move is a very similar one to this, White just didn’t need to rip every time because he was so strong. He’d fake a speed rush outside and simply club the lineman hard enough that he’d fall over.

Hopefully watching these videos and reading descriptions will tell you exactly what is always important in watching and evaluating recruits and players on the field this fall. First step is always important. Height is a plus. Upper body strength is a plus. Speed is a plus. As an inside DT, you wouldn’t spend much time learning the swim move, because you’re shorter than the guy you may be facing. DTs would be better served by learning the bull rush and then a rip-style move that lets him get under the pads of the opponent. Conversely, a tall lanky end would not be asked to master a rip move or bull rush early-on, and would be better served by starting with the speed rush and using a counter move or swim move, then working on the bull rush as he puts on weight. Whats important for every DL position is to get off the ball, but its not necessary to learn every one of these moves to be successful as a pass rusher.