Football – Exploding off the line 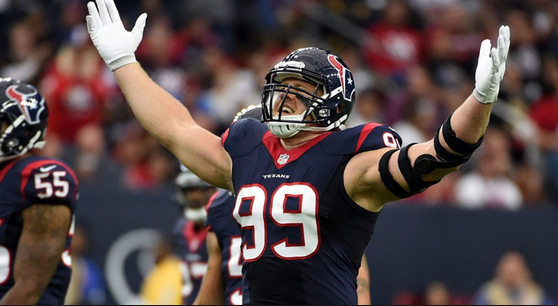 As a defensive lineman, your ability to explode off the line while remaining balanced and under control is absolutely vital to your success. That can be said for almost every position in football, from halfback to corner, which is why you’re going to want to get all your players to try these out.

And while it’s important to drill your guys in pads, hard and often, sometimes these non-contact drills can help them improve these two

If you’ve ever startled a relaxed cat, it’s hard to not marvel at their agility and balance, immediately spring up into action – and that’s why I call this the cat drill. Have two players lie down side by side, with a cone anywhere from 5-15 yards away.

On top of this cone put a tennis ball, which the two players will chase down after springing up off their backs. The first player to grab the ball is the winner.

To get the best results from this drill, use a visual command – move a ball, lift a hand, or something along those lines. This will help to train your players for game situations.
Lateral Shuffle Drill

Almost every coach runs some version of this drill in practice, but there’s a little twist I like to add on that will yield you great results.

You will need two tennis balls to run this drill, and you’ll start off with both of them in your hands. Have a player line up facing you about 5 yards away.

Now roll one of the tennis balls to the right, about 2-3 yards to the player’s side. They’ll shuffle over, pick it up and toss it back to you.

And right before they catch that first ball, you’ll pass the other one about 5 yards to their other side, and continue like that until the player completes 10 consecutive catches.

Make sure to push your players, for instance if they’re beating the ball to the spot easily, you’re going to want to throw the ball wider and perhaps with a bit more speed.