CrossFit workouts aren’t known for being easy. The whole approach to fitness seems to take sick pleasure in serving up puke-tastic, balls-to-the-wall workouts that leave you curled up on the floor. But even so, there are a few killer routines that stand out as not just brutal but fun as hell. Ready for a challenge? Try one of these next time you head to the gym. 1 / 5 Fran On the surface, Fran doesn’t look too bad — it’s a total of 45 pull-ups and 45 thrusters broken into sets of 21, 15, and 9 repetitions, performed as fast as possible for time. As long 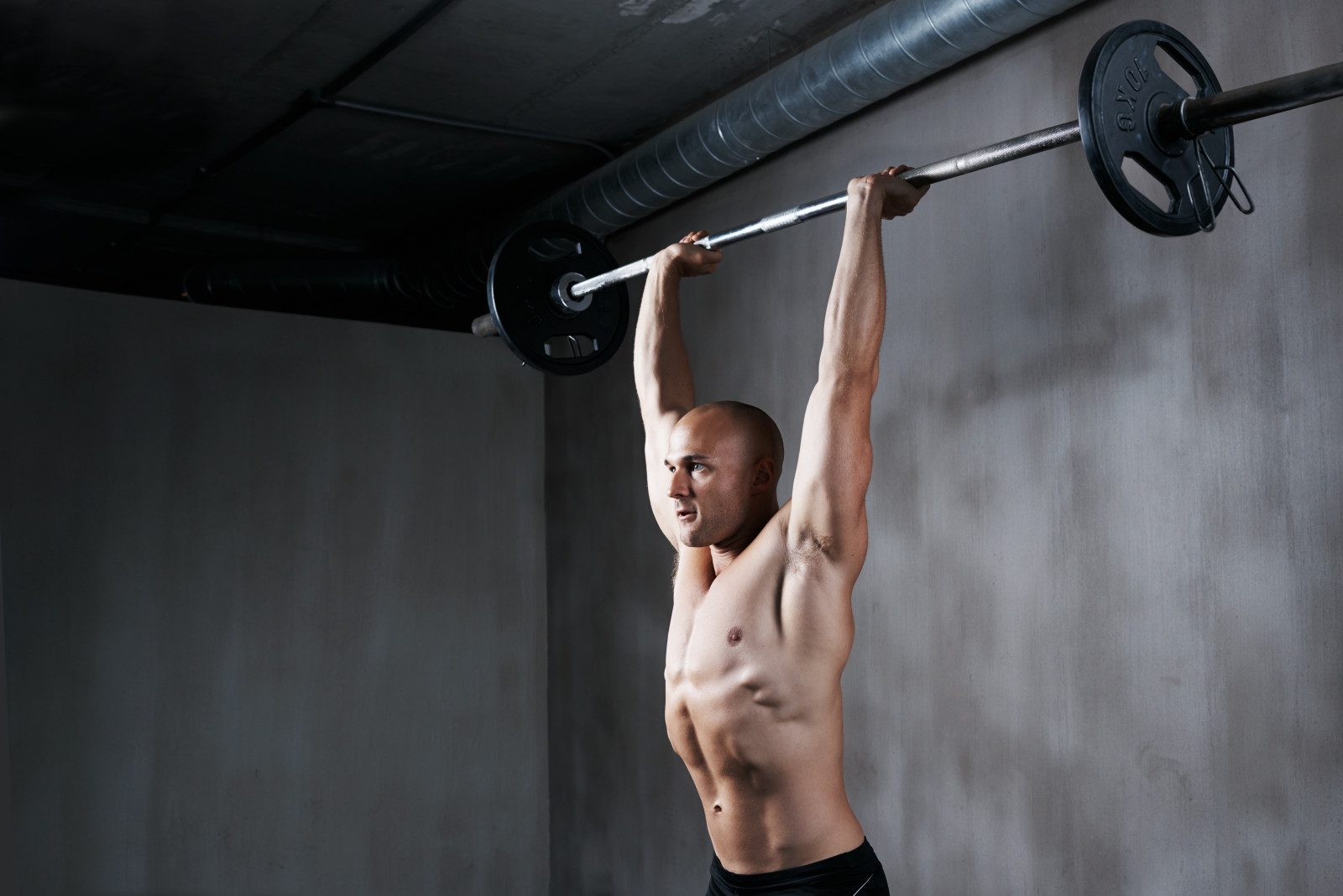 CrossFit workouts aren’t known for being easy. The whole approach to fitness seems to take sick pleasure in serving up puke-tastic, balls-to-the-wall workouts that leave you curled up on the floor. But even so, there are a few killer routines that stand out as not just brutal but fun as hell. Ready for a challenge? Try one of these next time you head to the gym.

On the surface, Fran doesn’t look too bad — it’s a total of 45 pull-ups and 45 thrusters broken into sets of 21, 15, and 9 repetitions, performed as fast as possible for time. As long as you’re scaling the exercises correctly, and breaking up sets as needed, you should be able to knock the whole thing out in 10 minutes or less. That said, it’s going to be a tough 10 minutes. “It hurts regardless of how good you are,” says Melodie Tang, a CrossFit Level 1 coach at the Foundry Chicago, who has what she calls a “respectable” Fran time of about 4:20. “The couplet is designed not to favor just gymnastics, raw strength, or cardiovascular capacity. You need it all.”
According to Tang, to master Fran, you need to know your strengths and make a plan. The first time you try it, just give it your best shot, noting where you run into problems. Then, use your baseline performance to your advantage, helping you determine when and how to break up your sets. “I always tell my athletes to know how many reps they’re going for, and then to count their rest between sets,” Tang says. “Don’t wait until you catch your breath — that will be too long.”

Designed to mimic the time and intensity of an MMA bout with three five-minute rounds, Fight Gone Bad earned its name after MMA fighter BJ Penn said that, compared to a real fight, it was “like a fight gone bad.” When the timer buzzes, athletes perform 60 seconds each of:
Wall-balls, 20 pound ball, 10-foot target
Sumo Deadlift High-pull, 75 pounds
Box Jumps, 20-inch box
Push Press, 75 pounds
Rowing Machine (for calories)
Every repetition of every exercise counts as a point, and the total calories burned during each 60-second row counts as a point. The goal is to accumulate as many points as possible.
You’re taxing your entire body at an all-out level for 15 minutes straight. “I’ve never been in an MMA fight, but I assume the name is accurate,” says Samantha Orme, owner of CrossFit Virtuosity in Brooklyn, New York. “The burn is real. Inevitably, I have to talk myself into finishing the last round, and end up falling off the rower at the end.” Her best advice? Approach the weight you choose to use conservatively, since all those reps really add up. Also, it’s a good idea to have a rep goal for each movement, then try to hit it consistently for each round. It’s an easy mental trick to keep you focused and pushing throughout the workout.

“Everyone loves to hate Filthy Fifty,” says Jessica Murden, CrossFit Coach and owner of CrossFit A.C.T. in Lodi, New Jersey. “This is a chipper-style workout, meaning once you complete one set of movements, you move on, or chip away at, the next set.” And there’s a lot to chip away at, since the workout consists of 50 reps each of the following exercises:
Box Jump, 24-inch box
Jumping Pull-ups
Kettlebell Swings, 36 pounds
Walking Lunges, 50 steps
Knees to Elbows
Push Press, 45 pounds
Back Extensions
Wall-balls, 20-pound ball
Burpees
Double-unders
According to Murden, Filthy Fifty is as much a mental test as a physical one. “I’d suggest thinking about rep scheme in sets you can handle,” she says. “For example, instead of thinking 50 box jumps, think, ‘OK, I know I can do 10 before taking a quick breath.’ By playing the numbers game, you can keep your mind calm.”

“My first time completing Murph left me questioning why I did CrossFit,” says Scott Panchik, Reebok CrossFit athlete and owner of CrossFit Mentality. “I had never wanted to walk in a workout so bad. My arms and legs didn’t want to work together on the final mile run. It was my first big test of mental strength in CrossFit.”
Murph, a CrossFit Hero Workout named for fallen soldier Lt. Michael Murphy, consists of a 1-mile run, 100 pull-ups, 200 push-ups, 300 squats, and a final 1-mile run. All done as fast as possible for time. Plus, it’s recommended you wear a 20-pound weighted vest during each run. Ultimately, it grinds you down mentally and physically. “I’ve found myself crying during the second mile run,” Orme says. “After 300 squats, your legs just don’t run so well.” If you’re determined to give the workout a go, Orme suggests working on your push-ups, since that’s where most people get stuck. But at the end of the day, it comes down to mental toughness. “There’s no magic bullet — this is 100 percent grit,” Orme says.

The Seven, another Hero WOD named for seven CIA officers who lost their lives in the line of duty, doesn’t sound too bad on the surface — it’s seven rounds of seven exercises for seven reps. But then you add it up and realize that means you’re doing 49 reps of seven challenging moves, completing them as fast as possible:
Handstand Push-ups
Thrusters, 135-pounds
Knees to Elbows
Deadlift, 245-pounds
Burpees
Kettlebell Swings
Pull-ups
“The workout is 343 total reps,” says Randy Wadley, a CrossFit Level 2 Coach and the owner of Mortal CrossFit in Georgetown, Texas. “That’s a lot of volume by anyone’s standards, and it’s very shoulder- and grip-intensive. Make sure you warm up your shoulders before you start and approach it like a chipper, working away at a steady pace.” You shouldn’t hesitate to scale the workout as needed, either. Sub a dumbbell strict press for handstand push-ups, or opt for jumping pull-ups in place of the strict version.