Stop the other team from scoring and you will never lose a game. This is the idea behind defense in field hockey. With such a low-scoring sport, preventing the other team from scoring will give your team a huge advantage. Your team can win or lose depending on just one goal. People often give credit to the attackers when the team wins and blame the defense when the team loses. But anyone who knows the sport will tell you that a good offense stems from a strong defense. The defense is the players defending the goal, feeding the ball up 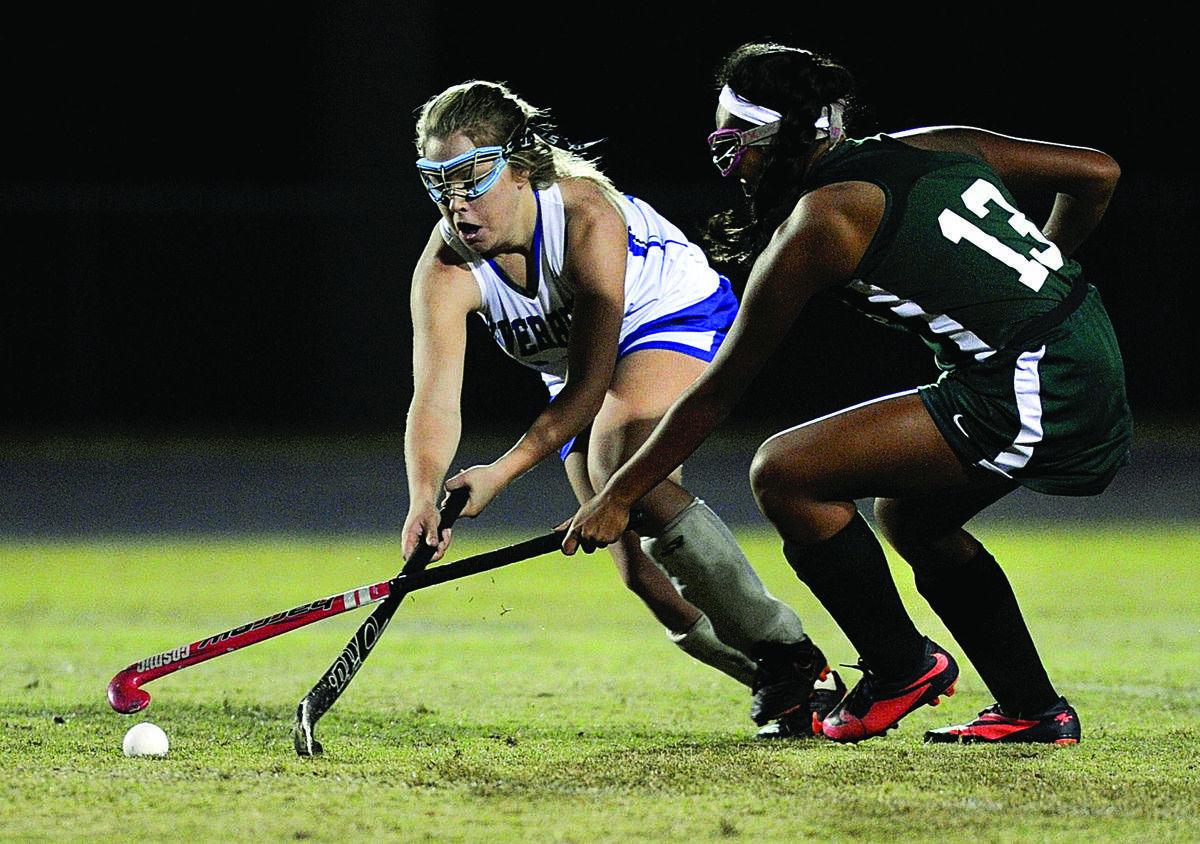 Stop the other team from scoring and you will never lose a game. This is the idea behind defense in field hockey. With such a low-scoring sport, preventing the other team from scoring will give your team a huge advantage. Your team can win or lose depending on just one goal.
People often give credit to the attackers when the team wins and blame the defense when the team loses. But anyone who knows the sport will tell you that a good offense stems from a strong defense. The defense is the players defending the goal, feeding the ball up to the midfielders and forwards, and keeping it out of their defensive zone. This guide will teach you the fundamentals of defensive play: Positioning, marking, and channeling.
The Defense
The defense’s job is to protect its goal. Positions may vary depending on the coaches’ preference, but there are generally three defensive positions: The right, left, and center defender. The goalie is also considered part of the defense — she is the last defender — but this guide will focus more on the defensive players than the goalie. Each defender is responsible for her side of the field. The left defender protects the left side, and the right defender covers the right. The center defender will always support the defender on the side of the field the opponents are attacking.
Positioning with the Teeter Totter
The teeter totter is a defensive tactic that’s designed to create a support base for each defender. It positions each defender in such a way that there is always a backup. For example, if an opposing player is attacking down the right side of the field, the right defender will guard her, the center will drop back to support the right, and the left defender will drop back behind the center.
With this strategy, the attacking player has to beat three defenders before getting to the goal. Additionally, by using the teeter totter technique, the defenders are prepared to guard other attackers and possible hits across the field. If the ball is crossed to the left side of the field, the teeter totter will switch so that the left defender is the attacker, and the center and right defenders are the backup support.
Marking
Within the defensive zone, there are three types of marking strategies: Zone, man-to-man, and match-up zone marking.
Zone marking: The players are responsible for covering a specific area of the field and any opposing players who enter that zone.
Man-to-man marking: Each player chooses an opponent to mark. She will remain to the side of her mark, staying ball-side and goal-side to her to prevent her from making offensive plays.
Match-up zone marking: The players cover a specific area and man-to-man mark any opponent who enters.
Marking helps your team control the area in the defensive zone by covering the space or players. This provides opposition to the opposing team at all times, making scoring more difficult. So if you want to be successful, make your motto in the defensive zone “no woman left unmarked.”
Check out iSport’s guide on How to Mark in Field Hockey for in-depth information on marking.
Channeling
Channeling is a tactic used by defenders to guide attackers away from their defensive goal. The defenders stand to the inside of the attacker, and use stick- and body-positioning to guide the attacker away from their goal and to the outside of the field. By doing this, the defenders create disadvantageous angles for the opposing team. The middle of the field offers more opportunities for the attackers to score, while the outside of the field gives them less maneuverability.
If you are on defense, channel an opponent by following these steps:
Keep about a stick’s distance between yourself and the attacker.
Keep your stick low with both hands on it, and be prepared to intercept any passes your opponent tries to make.
Be light on your toes and ready to change directions if the opponent tries to dodge around you.
Stand to the inside of the player (close to the middle of the field) so her only option is to run down the sideline. The attacker should be between you and the sideline.
Shuffle your feet at an angle. Do not run backwards or forwards; keep your stomach facing the attacker the entire time.
Always stay goal-side to the player.
Your main goal is to get opposing players as far away from the goal as possible. Channel them to the outside until they make a mistake. Then capture the ball and get it out of your defensive zone.
Protect the Goal
Your purpose as a defender is to protect your goal from the opposing team. As a defender, it is more important to play smart than to play hard. Consider your team one big unit — if a part is missing or something is broken, the whole unit breaks down. Therefore, discipline and cohesiveness is the key to developing a successful defense. As an individual player, you can do your part by fulfilling your duties and trusting that your team will too. Keep your head up, push the players away, watch your zone and mark, and you will become a successful defender.