ESports – General | What does it take to be a professional Overwatch coach?

Behind every Overwatch League and Contenders team, there are coaches and analysts making sure everything is running as smoothly as possible. From the dugouts at the Blizzard Arena to their private home offices, they scrutinize every play and take notes to bring to the next VOD review session. Away from the social media spotlight and promo reels, however, their jobs and career paths remain misunderstood by much of the community. Let’s take a look at how Los Angeles Gladiators coach, David “Dpei” Pei, and XL2 Academy coach and analyst, Pyren “Kitta” Singapan, started from humble beginnings and attained one 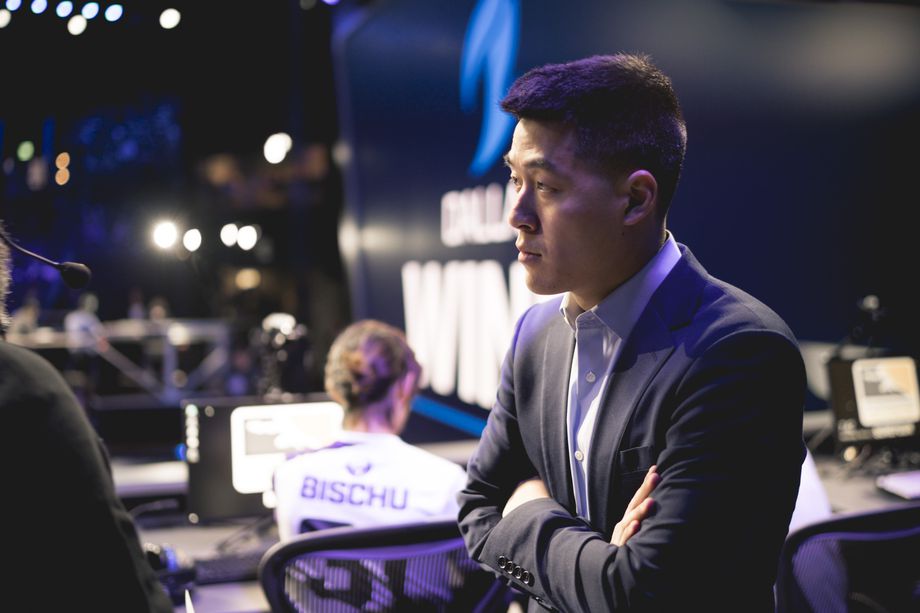 Behind every Overwatch League and Contenders team, there are coaches and analysts making sure everything is running as smoothly as possible. From the dugouts at the Blizzard Arena to their private home offices, they scrutinize every play and take notes to bring to the next VOD review session. Away from the social media spotlight and promo reels, however, their jobs and career paths remain misunderstood by much of the community.

Let’s take a look at how Los Angeles Gladiators coach, David “Dpei” Pei, and XL2 Academy coach and analyst, Pyren “Kitta” Singapan, started from humble beginnings and attained one of the most difficult yet coveted positions in all of esports.

THE EARLY DAYS OF PROFESSIONAL OVERWATCH FOR COACHES
Like a lot of people in esports, Pei and Kitta started out as competitive players with normal jobs. Pei worked in production management for an education technology company – a good job with a stable future. Kitta worked and went to school full-time on top of being the IGL (In-Game Leader) and analyst for an amateur Overwatch team.

Pei’s decision to coach was drastic and stressful, but also necessary. He quit the job he had no passion for and, with very few existing contacts in the esports world, used his knowledge as a former top ten player to pitch himself to esports organizations.

”There was an open application for Splyce at the time,” says Pei. “Splyce was a team that was in the top eight area for the NA region. I coached them for a couple of weeks, but the organization backed out of Overwatch.”

Splyce was composed of players from Kungarna’s roster who immediately reunited under their famous crown banner in May of 2017. Of those players, three are currently playing in Overwatch League: Andrej “Babybay” Francisty, Luis “iRemiix” Galarza Figueroa, and Aaron “Bischu” Kim. The latter two still play under Pei on the Gladiators.

Los Angeles Gladiators
Like Pei, Kitta started her journey without any solid contacts in the esports world and had to start her journey from the bottom:

”It was tough work for certain, and I appreciated every part of it. I was recruited onboard to a team called Arc6, formerly known as Yikes!, who had struggled against some pro teams prior to OMM (Overwatch Monthly Melee).”

Kitta’s first task was to help the team with their dive strategies – something they had issues with against CLG. They went on to advance through the winners’ bracket of the May 2017 OMM, defeating Selfless Gaming in the Grand Finals. It would be the first true spark that ignited Kitta’s passion for professional Overwatch:

”The first tournament we won sparked a fire within myself, a drive that I never had before, so I profoundly grew to love the competition and the work that I do.”

Beyond tournament winnings, however, there wasn’t much money to be made for Overwatch coaches. Neither Kungarna nor Arc6 could offer its players or coaches enough to live off of. But with Overwatch League around the corner, circumstances were about to change drastically.

MAKING IT TO THE BIG STAGE
With a proven record of success and an excellent work ethic, doors tend to open for prospective coaches. Networking and positive word-of-mouth also help quite a bit. It’s not just stabbing wildly in the dark, hoping that something sticks – the rampant “silver platter” mentality that plagues the talent pool today. Having good fortune is a skill, according to Pei:

”You don’t get places by being lucky. Being at the right time does take skill. You have to put yourself in that position. Putting in hard work for what you want to do will help you be in the right place at the right time.”

Los Angeles Gladiators
From the end of Overwatch Contenders season one and the beginning of Overwatch League, Pei and Kitta dealt with a lot of uncertainty. Pei was concerned about having to move back home, which would put financial stress on his family. Kitta had even considered returning to the military since it seemed as though no esports options were available anymore. “Luck”, however, was on their side.

”I had a two hour talk with the GM, Charlie [Lipsie – now Director of Esports], and we discussed ideology as well as our approach to how we would make a team this late into the game,” says Pei. “That was the tryout process as far as I was concerned.”

”I was really surprised when I was approached by XL2, who reached out to me for a coaching opportunity amongst their team,” says Kitta. “It was kind of funny the time they had approached me. I was on my way to the recruiting office to sign my name on the papers for re-enlistment that morning, so it was like a calling.”

Under coach Pei, the Gladiators made their first playoff appearance in stage three and remain one of the most surprising teams in Overwatch League. For Kitta, her perseverance has seen her become one of the few female esports coaches in a male-dominated industry, with XL2 finishing season one of Overwatch Contenders 2018 at 11-1-8. It all plays into Pei’s outlook on life:

”My thought process is just be excellent at something, and you will receive recognition when it comes. You don’t need to flaunt it, you don’t need to show off or have a network to do it. As long as you are truly excellent, you will be able to show yourself.”

Kitta echoes that sentiment, and offers some words of encouragement to women aspiring to make it in esports:

”Your work and your actions will speak for yourself, so there’s no need for you to boast about your performances. For all the women that want to make it, the most important thing you need is drive. Motivation burns out quickly and is easily influenced. Heart and passion are not.”

The reward for these two coaches has been countless hours of scrims, VOD reviews, and team-building exercises. They continue to develop themselves on a daily basis, all while facilitating a healthy and productive environment for their players —and they wouldn’t have it any other way.