ESports – General | What Does An Esports Coach Do? A Chat with NRG.Seamoose

Esports is undeniably on the upswing: every year, the prize pools – and audiences – grow larger! Organized teams are now fixtures of every scene, and the hunger for narrative has given us underdogs and superheroes aplenty to cheer for. But with increased professionalism comes pressure to perform – and more to manage too! Every serious org has coaches to support their teams… But what does an esports coach actually do? We took some time with Team NRG’s Seamus ‘Seamoose’ Anderson to find out!   Why don’t we start with a little history? Tell us how you got started in competitive gaming! 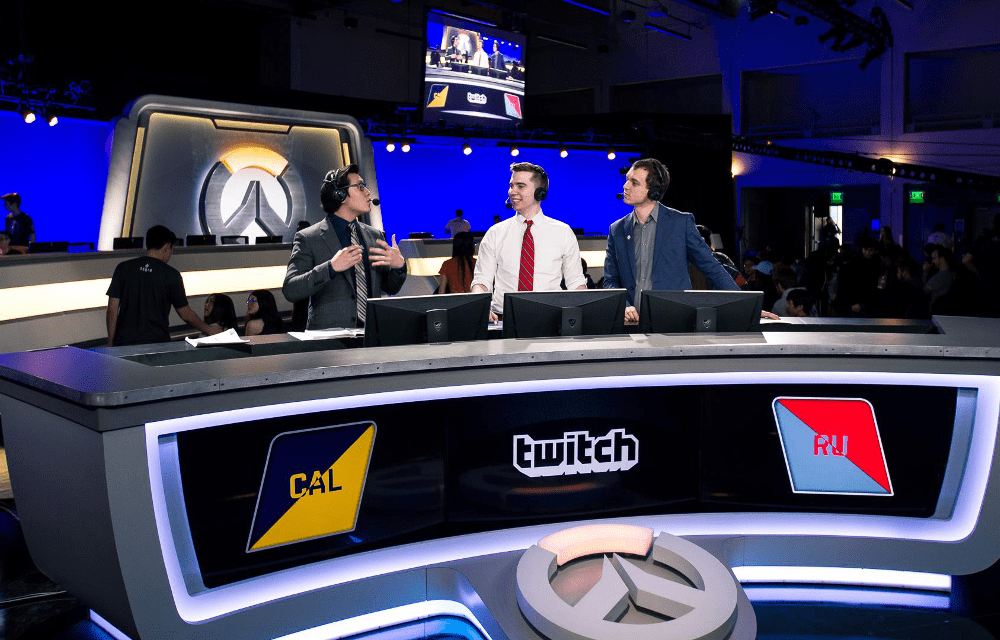 Esports is undeniably on the upswing: every year, the prize pools – and audiences – grow larger! Organized teams are now fixtures of every scene, and the hunger for narrative has given us underdogs and superheroes aplenty to cheer for. But with increased professionalism comes pressure to perform – and more to manage too! Every serious org has coaches to support their teams… But what does an esports coach actually do? We took some time with Team NRG’s Seamus ‘Seamoose’ Anderson to find out!

Why don’t we start with a little history? Tell us how you got started in competitive gaming!
I grew up as a military brat, and moved quite a few different places. We lived on both coasts and in Europe as well. I played any game I could get my hands on – I was always very competitive! You could always find me taking notes about the Pokémon competitive meta or what TCG decks I should be playing. Laughs.

My real start was either the Pokémon video games or Super Smash Bros. Melee, before it was even called esports. I loved watching pros, practicing by myself, and reading discussions of gameplay and strategy. When LoL got popular, I switched genres; that was around Season 2 or 3. I did a lot of work with my collegiate group, playing in some old Riot-sponsored tourneys and hosting / casting other events that we put on at the school. That was when I started doing some analysis work at a semi-pro level, and I also wasn’t too bad at the game! Laughs. My peak was around mid Diamond… That was the first game I really took seriously as a player, but also that I was professionally involved with. I’ve been fortunate to have a sweet career already, but I’m really excited to be at the beginning!

How did you get into Overwatch?
From the moment I saw the first trailer (at Blizzcon 2014), I was like “Dang. I wanna get involved in this.” I was in school at the time and still doing work with LoL, but I was really interested in the characters and loved the music! Blizzard has such a track record of fantastic games. I didn’t really play them growing up, but I knew they existed and were very high quality. So I instantly subscribed to Overwatch subreddit.

Then I got into the beta pretty early through a friend, during phase 1. Played at a pretty high level, but I couldn’t stick with [playing] due to school and other commitments. I did some analysis for LoL, and got similar work with a team called 1shot, which eventually became Method. You’ve just gotta start working at it! This went from being a hobby, to something I did in my free time but got paid for, to something I now do full-time and get paid for – which is pretty awesome!

The NRG Overwatch team has only been playing together for a couple months now. What’s the energy like? I hear you’re moving into a team house together?

I’m actually gonna be moving in next week! It’s gonna be our temp house before we start Overwatch League and potentially move down the line to another location. A couple of the guys are already in the area, and spirits are pretty high. We had a bit of a rough situation in terms of Seagull leaving the team about two months ago, and figuring out what was gonna be our identity. We’re not expecting that we’re gonna be really good right now, but we’re building as a team. So six, eight, however many months from now when Overwatch League hits, we hit the ground running. We’re trialing players, we’re iterating, and we’re figuring out what works for us. It’s a really exciting time!

What was the team dynamic like when you came onboard?

The team dynamic was really fun and outgoing, but also very unstructured. I’d like to (hopefully) say, with my addition to the team practice is more structured, but still very fun! If you’ve heard interviews or seen videos, the players are fun-loving guys. But they’re also very serious competitors and they definitely, definitely, definitely want to be the best team. So the team is extremely lighthearted but they’re at their best when something’s at stake!

Since I joined, we’ve become more coordinated in terms of how we communicate, how we approach review, how we prepare: going over maps for example. We started recently – we do a little X’s and O’s on a picture of the map like in football. I also care a lot about the players’ wellbeing: mentally, also physically. It’s totally normal to have anxiety going into these tournaments, so we’ve made space for team discussion but also one-on-one review so they can give feedback in an honest, private environment. The expectation at NRG is that we’re creating an atmosphere for these guys to become champions – and that’s the expectation that I have for myself as well!

How do you structure a typical training session?

We start the day with some kind of preparation. That can be a few different things: VOD review, drills like 3v3 offense v. defense, map review, map prep (routes to take, strats to try). Afterwards we scrim for 2-hour blocks at various points throughout the day. We prep every day, though we’re still trying to decide on the right balance of preparation v. scrims. Besides that, the players obviously still play lots of Ranked, and sometimes I assign homework as well! Laughs. Like if our Dive [composition] isn’t well-coordinated, I’ll give our Winston, Tracer, and Genji players homework to queue together for extra practice.

Many people are disparaging of professional esports coaches. How do you describe your job to a critic?

The first thing I honestly say to critics – I’m not one of the players. I’m not with them on the field; I’m not there. My job is to do the best I can to get them prepared for when they’re in the game. Sometimes I get to talk to them between games, but my job is different than theirs. I can’t think of single successful organization – in athletics or esports – that doesn’t have good support. Players might have many good qualities, they might even be the best in the world, but it doesn’t mean they can’t still improve!

How do you see the future of esports? How do professional esports coaches fit into that?

The future is really, really bright! Obviously Blizzard is planning to do very pioneering things with the Overwatch League, “leveling up” the mainstream interest in esports. I have background in League, Smash, and a little Counter Strike: all those games and others are being very successful, so I don’t think esports is going anywhere soon! The coach role is going to become even more important and the quality is going to improve.

There are lots of things I’d like to do personally in terms of my professional development, like go to Korea. I’m thinking of taking some classes in sports psychology and developmental leadership, just to become a better esports coach. What I’d like to see, to be completely honest, is that ten years from now esports kind of rivals traditional sports teams in that when a coach works with a team, they form an identity in part around the coach’s style. As opposed to the coach having to try out for the roster like players – but we’re not there yet, and for good reason – esports coaches still need to improve themselves!

What would you say to someone who dreams of becoming an esports coach, but doesn’t know where to begin?

Right now, the esports industry is in a great place because you can find work at any level! If you can’t find work, you can literally make your own work, and then do that! When I got started, I wanted to cast my local collegiate league. We didn’t have one: so I helped found it, and then I got to cast it! The same is true of coaching. You don’t need to be high level – though it certainly helps – so just start doing it! Make a YouTube channel and start reviewing VODS! I’ve had this thought and it’s still true today – you don’t really see a ladder to climb, but you can build that ladder yourself. It’s not easy to do, but anyone can do it!

How do you feel about the balance tweaks in the Overwatch Anniversary update? Did Orisa get buffed or nerfed overall?
Ooh, I love Orisa! I think she’s still a bit weak, but I love the design change in general. She’s conceptually similar to Reinhardt, so reducing the cooldown of her shield is smart design-wise, and pushes her more firmly into role of anchor tank. Her Ultimate is really strong as well, though it’s gonna take time for players to figure out her use in the meta. She’s not good against Dive, which is especially good right now. Otherwise, the balance changes were great all-around. Maybe the specific numbers aren’t always what the competitive community agrees with, but Blizzard is good at balancing heroes to fit their design and the metagame is actually in a pretty cool place. Lucío is a great example of making in-depth changes that make the hero higher skill cap and higher impact as well!

Any final thoughts you’d like to share?
For anyone reading this in the weeks, months, or even years to come, esports is still at the point where even a kid can build industry experience by just doing stuff. I see lot of 16-, 17-, 18-year-olds who are saying “I wanna be a caster,” “I wanna go pro,” and I tell them: go for it!

Shoutout to the NRG family – Brett and everyone else at the team have been fantastic! Thanks to all our team sponsors! And obviously I wouldn’t be able to get so far if not for the support of friends and family. Make sure to keep that in mind! Work life is important, but there has to be a balance. Big shoutout to my uncle and classmates / friends at University of Virginia. Everything I do is because you guys supported me!