Get ready for the Red Bull 5G qualifiers with these tips from top LoL pro gamers Kasing and Phurion. With the Red Bull 5G qualifiers coming up, we have asked League of Legends experts for some essential tips and tricks that should help you prepare for the battle online. MORE: What is Red Bull 5G? MORE: Enter Red Bull 5G First up, we have some top tips from Manalight’s Jungler Phurion. Manalight play in the ESL UK Premiership, so Phurion knows what it’s like to compete against the best British teams, the kind of players you’ll face 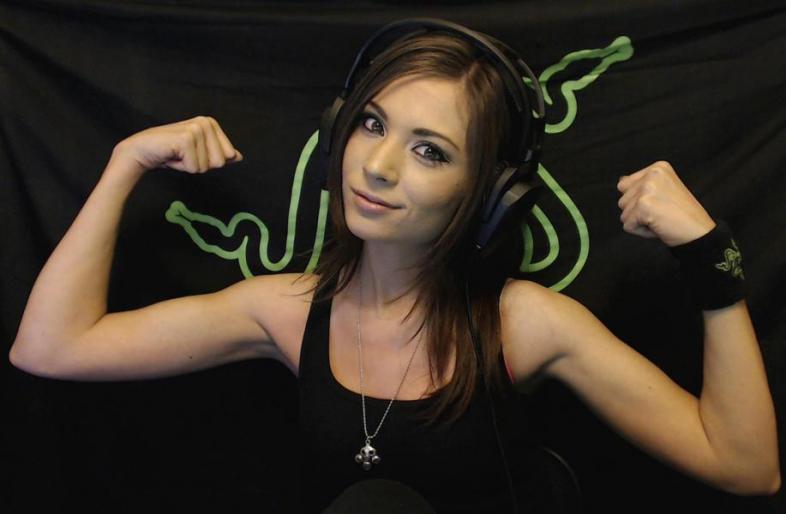 Get ready for the Red Bull 5G qualifiers with these tips from top LoL pro gamers Kasing and Phurion.

With the Red Bull 5G qualifiers coming up, we have asked League of Legends experts for some essential tips and tricks that should help you prepare for the battle online.

First up, we have some top tips from Manalight’s Jungler Phurion. Manalight play in the ESL UK Premiership, so Phurion knows what it’s like to compete against the best British teams, the kind of players you’ll face at Red Bull 5G.

When you’re playing against the best, you also need to be mentally strong. Kasing, a Support player for LCS team Vitality, also has five quick tips that will help you stay strong during tough matches. He’s one of just two British players who are competing at the highest level of League of Legends, so he’s a player worth listening to.

How to improve your mechanics (controlling champions)Practise, practise, practise! Every professional player has put in ridiculous amounts of hours to ensure that they remain at the top of their game, and there are multiple things you can focus on which can greatly improve your game.

Mechanical based aspects of the game such as last-hitting creeps are important, so you need to practise by sitting in a custom game and simply last-hitting creeps. Pick a champion that you usually play – ideally, you should be aiming for around 90 CS at 10 minutes.

This method also applies for champion-specific mechanics such as Lee Sin’s ability to ward jump and ‘InSec’ – don’t be afraid to experiment on bots, practising tricks and techniques you often see performed at the highest levels of play.

Before playing I like to warm up my hands on other games – my personal favourite is Osu!, a rhythm game that I believe helps with the timing and accuracy of your clicks. If it’s not your style, however, there are other games that require precision and fast reaction times – Counter-Strike is a good example.

How to increase your game knowledgeThere are countless scenarios and factors that contribute to the outcome of a game. The more you play, the greater experience you will have, and the more likely you are to recognise a scenario in which you can make the correct play. However, to improve upon your own game knowledge you need to be able to recognise when a mistake has occurred and what should have been done instead.

There are loads of resources online to help – Plays.tv, for example, allows you to view your own replays. Try to make a mental note every time you make a significant and noticeable mistake, and don’t be afraid to take the time to look back at it on a replay to see what went wrong and what you could have done better.

How to reach a higher EloI find that a lot of players often possess a carry-orientated playstyle and they believe that to win the game they must carry as hard as possible. This is definitely not the case. You will regularly find yourself in scenarios where you are put behind, and many players will become frustrated and repeatedly attempt to force unfavourable plays and trades in the hope of getting back into the game. Remember that League of Legends is a team game, and sometimes you need to put faith in your teammates to carry the game for you.

If you are put into an uncomfortable role, pick champions with high crowd control and utility, so that if you do fall behind in gold you can still remain useful to your team. Be confident in your ability to carry the game and take control, but also realise that sometimes the best thing you can do is sit back and play a more supportive role to give your teammates the help they need.

Best champions for each position

Irelia is currently a very strong champion due to her high damage and utility. With Trinity Force, she receives a very large power-spike that can be used to outduel the majority of champions. Her E (Equilibrium Strike) provides strong CC, allowing her to turn fights and win duels, while her Q (Bladesurge) gives her large amounts of mobility.

Rek’sai is arguably the strongest jungler in the meta right now alongside Nidalee. She has a very broad kit that makes her a potent force in the early game, while becoming a strong off-tank in the mid-to-late game. Her R (Void Rush) allows her to maintain a strong global presence around the map. She has great sustain in the jungle due to her passive and has a fast clear speed due to her Q (Queen’s Wrath / Prey Seeker). To top it all off, she provides crowd control in the form of her W (Burrow / Unburrow) and strong vision through her Tremor Sense.

In the past few weeks he’s been heavily picked in every region. If you can survive his weaker early game, you can ramp up and control the match. He becomes a huge threat due to his ability to get in your face and deal large amounts of damage while being hard to take down. That, combined with his W (Sanguine Pool) and a Zhonya’s Hourglass, makes him almost invincible in extended teamfights.

For a long time Lucian has been a dominant force in the bot lane – he has a very versatile kit and can deal lots of damage. With his passive and combinations of abilities, he can dash in and make strong trades which often cannot be matched. I found Lucian to be an easy champion to pick up and consistently perform with due to his spell-based kit. The likes of Caitlyn or Twitch require better positioning and more experience due to auto-attacks being their primary source of damage.

Support: JannaThough she’s not considered to be one of the strongest supports in the current meta, I still believe Janna is very strong. Her kit allows you to fix your teammates’ mistakes. A good Janna player will often have very little deaths as her kit allows her to stay out of harm’s way and escape any tricky situation. She is also a very potent laner when matched with specific champions. For example, with Lucian she can provide her shield, allowing his short bursty trades to be even more potent, and with the recent buffs to support items, her shield and heal from her ultimate have never been stronger.

I’ll finish with the best League of Legends advice I’ve ever received. Always commit to the call – in a team environment, trust and decisiveness are key elements to success; you need to be able to make a decisive call and have your teammates respond at a moment’s notice. The same applies to solo queue; if your teammate wants to take a fight that you are unsure of, don’t hover on the edge – commit fully or just back off.

Try to perform every action with decisiveness. If your team goes in, you need to be there to back them up. Uncertainty could result in losing a winnable fight. The same applies for communication – if you truly believe a call to be wrong, don’t be afraid to say so – the more your team doubts the call the more likely they are to make a mistake and not commit fully.

Getting angry at anyone is counter productive – it will only cloud your judgement and probably make you say things you wouldn’t say normally.

2. Don’t blame your teammatesYou should not blame others, because most of the time you can probably avoid the mistake if you find a solution to it.

Anything can happen in Solo Queue, so you should never give up.

4. CommunicateBe proactive by pinging your teammates on what you want to do on the map.

If you are playing progressively worse than you normally do due to mental frustrations you are on tilt. If this happens, you should take a break.