Unless you've been hiding under a rock, you've probably heard about the NEW HIGH powered Dribble Drive Motion that is sweeping the basketball nation!! So what's the scoop on this basketball offense? In all honesty, it's just a fashionable new name for something that has been played for years. So don't go jumping on the band wagon (just yet)... With that said, the Dribble Drive is a POWERFUL offense and you can probably learn something from it. But you need to understand what it's really all about. Every few years a new variation on 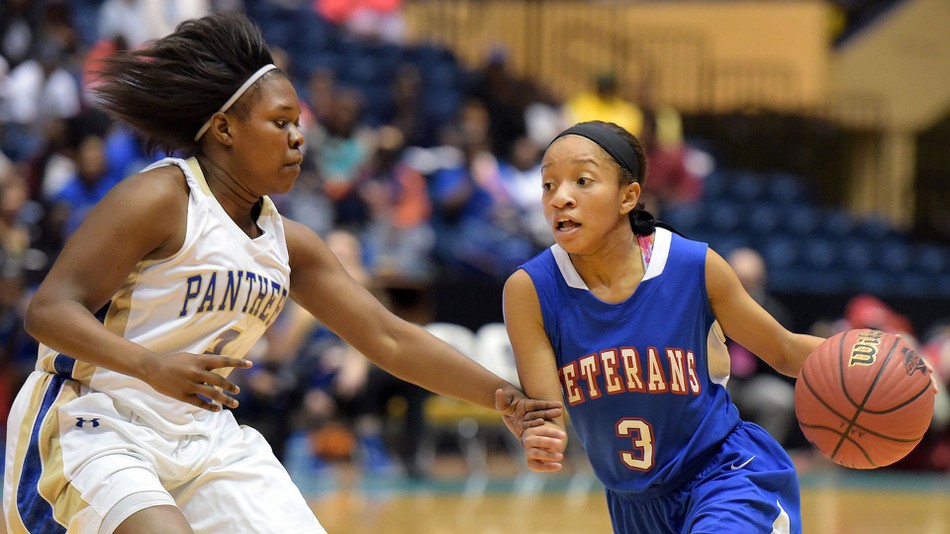 Unless you’ve been hiding under a rock, you’ve probably heard about the NEW HIGH powered Dribble Drive Motion that is sweeping the basketball nation!!

So what’s the scoop on this basketball offense?

In all honesty, it’s just a fashionable new name for something that has been played for years. So don’t go jumping on the band wagon (just yet)…

With that said, the Dribble Drive is a POWERFUL offense and you can probably learn something from it. But you need to understand what it’s really all about.

Every few years a new variation on an old theme hits the college basketball world. This year it is the “Dribble-Drive Motion”!!

Where did it come from?

The nexus of the fascination has been the enormous success of John Calipari’s University of Memphis team. Coach “Cal” is one of the most innovative coaches I have ever met and this offense fits his personnel like a glove. Vance Walberg, former Head Coach at Pepperdine and a speaker very much in demand is also an innovator and has brought this style back to the forefront of basketball thinkers. Though not credited, Jay Wright of Villanova used many of these concepts to take his four guard one post offense to great success in the Big East and the NCAA Tournament. The “Dribble-Drive” term hadn’t been coined yet but Wright surely should be considered one of the innovators as well.

The roots of the Dribble-Drive Motion go back to the roots of the motion offense itself. Dean Smith, former coach at North Carolina, used the drive and kick aspect of his “passing game” with great success. It did not get great notoriety at the time because Smith coached much of his career without the 3-point shot. Rick Pitino used many of the concepts, beginning at Providence College with point guard Billy Donovan, and was at the forefront of effective use of the 3-point shot in college basketball. Pitino brought to his great Kentucky teams and while he doesn’t use this motion at Louisville, he still incorporates many of the same concepts.

Just as an observation, both Coach Pitino and Coach Calipari used the 3-point shot to much greater effectiveness upon returning to the college game after years in the NBA. The NBA used the 3-point shot for several years before it was added to the college game. I think that their NBA experience sent them ahead of the pack in regard to using the 3 and the rest of us are still trying to catch up.

What is the Dribble Drive Motion Offense?

The Dribble-Drive Motion is first and foremost a motion offense, complete with its own discipline, rules and philosophy. The basic philosophy is the ballhandler tries to push the ball for a layup. If there is no help he continues for a layup. If there is help, he finds the open man for either a shot if on the perimeter or a dump-off to the post. Driving lanes are created by great spacing and constant hunting of open areas for kick-outs.

The Dribble-Drive is not for everyone. You need to have very specialized personnel. Your perimeter players must be equally adept at taking the ball to the basket and shooting from beyond the 3-point line. Your post players have to be comfortable catching the ball on the move. If he can shoot the ball a little, that will make you better. If he can put the ball on the floor, you’ll have the whole package.

Athletic ability helps, as it does in most aspects of basketball. The Dribble Drive produces a lot of rebounds. If you are able to control the offensive glass, it is difficult for opponents to recover. You also have to be in great shape. The Dribble Drive, because of its aggressiveness tends to wear down its opponents.

The offense can start from any set. The one requirement is that the middle be open. If you are going to have a post player, he should be off the block, opposite the ballhandler and my preference is to put him on the baseline.

Here are some sample sets…..

Below are some sample actions in the Dribble-Drive Motion. These are just examples. They are not meant to be the only actions of the offense. In fact, you might not like any of the actions. As with any motion offense, the only limitation is your imagination. If you are a coach who likes to control movement, this is not the offense for you.

For this offense to be effective, it has to be free-wheeling and active. Encourage your players to let go.

Here are some of the basic rules of the Dribble-Drive Motion. Some of the rules are notated in the diagrams. Remember, different coaches have different rules. It doesn’t make them wrong and doesn’t make it a different offense; it just makes them different than this one.

Player with the ball first tries to penetrate, on the dribble. First choice is a layup.
Perimeter players step to openings, beyond the 3-point line, making passing angles and preparing for shot.
If penetrator meets defensive help, he kicks to the open man on the perimeter for a shot. If help comes from the post, he looks to dump to the post.
After passing, penetrator cuts out of the middle to an open spot beyond the 3 point line.
Player who receives the pass, if he has no shot, will attempt to dribble penetrate and repeats the process. He can also pass to reverse the ball and cut through the middle to clear it out for the next ball handler.
All cutters vacate the middle as soon as possible and find a spot beyond the 3-point line.
If player can’t dribble penetrate take ball to middle for spacing
Ball goes to high post, open-side wing cuts backdoor. All players bump up to maintain spacing.
If the ball is dribbled at you, either go backdoor or take dribble handoff.

Post player set opposite the ball, off the lane.
Post player can ball screen on the open wing or high.
Post player looks to pop or roll after setting ball screen.
If ball stalls on top, weakside forward posts to the top.

All players can shoot and are comfortable putting the ball on the floor.

1 penetrates and looks to score

Rule: On pass off, passer clears to the open side.

1 cuts to the right

3 dribble penetrates and looks to score

2 creates passing angle to the top.

3 clears to the left side

1 spots up for shot

3 spots up and creates passing angle back (following the rule)

Rule: If you can’t dribble penetrate take ball to middle for spacing

1 clears to the side (following the rule)

3 dribble to middle (following the rule)

Rule: If ball stalls on top, weakside forward posts to the top.

5 posts to the top (following the rule)

1 fills spot for 3 (following the rule)

1 dribbles off screen looking to penetrate

1 clears to side (following the rule)

3 dribble penetrates and looks to score.

3 can kick to any of the perimeter players.

Rule: Ball is dribbled at you, either go backdoor or take dribble handoff.

2 clears to open side (following the rule)

3 spots up (following the rule)

4 spots up (following the rule)

1 clears to open side (following the rule)

4 continues his dribble and dribbles at 2

2 cuts at 4 and takes handoff (following the rule)

2 turns the corner and looks to penetrate

2 looks to score, kick to the perimeter or dumps to 5.

In transition, players run the lanes.

1 handles the ball on the side

5 (trailer) runs behind, opposite the ball

4 runs to the baseline, outside the lane

1 dribbles up the floor

Rotation now runs as if it were a half court Dribble-Drive Motion.

1 cut through and comes out opposite

5 fills for 1 (following the rule)

If no shot, 3 dribble middle for spacing

2 comes out and replaces 1

1 looks to dribble penetrate to score

3 looks to dribble penetrate and look to score

Offense then proceeds as if it was a half court set.

I hope this give you a little insight into the en vogue offense of 2008, “The Dribble Dive Motion.” This is not the be-all and end-all thesis on the offense, just my experience with it. A Motion Offense is a constantly changing and evolving entity. The more you play it, the more you will see. The only limitation is your imagination and the imagination of your players. Teach the concepts (penetration and kick, spot up, space the court), don’t teach the offense and your team will handle every adjustment made against you.

If you have the players, it will certainly be an effective offense for you. If not, wait ’til next year and there will be a new “en vogue” offense that might fit your personnel.

FacebookTwitterGoogle+PinterestTumblrLinkedInRedditEmailPrint
NewerTrack & Field - Running | Tips for Building Speed on the Track
OlderGeneral - College Recruiting | Your attention please! To tweet or not to tweet? #AskLRT