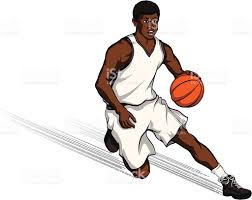 Different speeds at different points in the game can dictate how the game is played for your team offensively. Here are some tips using the ‘slow to fast’ mentality in game situations:

1. When coming down court on a fast break, I always try to teach my guys to come ‘down hill’ at the defender, then once you get the defender on his heals, slow down to make your crossover or counter, then fast agin to blow by him. This is extremely effective for your go-guys. This is however geared toward making one quick move and beating the guy, as opposed to just pounding the ball and going nowhere.

2. Setting your guys up to get open on the wings. A good amount of offenses start primarily on the wing, and getting open takes pressure off your point guard. Using the ‘slow to fast’ concept, walk your defender down to the block, then explode to the wing fast. Going through the motions will at half speed will frustrate your PG and your coach alike.

3. When making cuts to the basket, I always tell my guys to make cuts with a purpose. Sometimes players get in the habit of just running the play, jogging through the lane to go where they are supposed to go, instead of setting up slow, V-cutting fast off the screen through the lane, and most likely getting the ball to finish at the bucket. A lot of first looks in the half court are for the first cut through, but as a habit we never look, instead let the guard clear out.

Using this concept in any form of continuous offense whether its the flex or motion will have a huge impact of guys getting open on cuts and coming off screens.