Ball handling is important for any player on the basketball court, but it's particularly critical for point guards. As USAB.com is focusing on point guard play this week, here are some tips to strengthen this skill. This basketball drill provides repetitions of key dribbling techniques. The idea is to establish automatic and correct fundamentals. Start your players at a sideline/baseline corner. On your whistle, they dribble at a 45-degree angle toward the middle of the court. On your next whistle, they do a crossover and dribble at 45 degrees back toward the sideline. Obviously, it is critically important 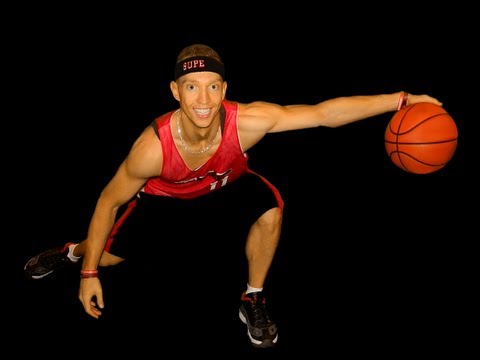 Ball handling is important for any player on the basketball court, but it’s particularly critical for point guards. As USAB.com is focusing on point guard play this week, here are some tips to strengthen this skill. This basketball drill provides repetitions of key dribbling techniques. The idea is to establish automatic and correct fundamentals.

Obviously, it is critically important to dribble without looking at the ball. This back-and-forth pattern on the whistle continues all the way to the opposite baseline. You could start players at each baseline corner to get two kids involved per rep.

Depending on your level, you may want to repeat this drill using the following techniques:

Crossover: Change directions by pushing off with the “outside” foot and dribbling the ball low and hard with the corresponding hand over to the opposite dribbling hand.

Spin Move: Change directions by reverse-pivoting off of the “inside” foot to perform a reverse pivot. The quickest way to do this is to start the pivot when the “inside” foot is forward. That way, the “outside” leg is already part of the way to the new direction. If you start the pivot when the inside foot is back, then your outside leg has to cover far more distance in the spin and it will be easier for a defender to get a back tip. As you reverse pivot, pull the ball with your dribbling hand over into position to be dribbled by your other hand. The more you can get the ball pulled over toward that hand and protected by your body, the less chance there will be for a back tip.

The spin move has the disadvantage of being more vulnerable to blind double teams than other change-of-direction techniques, but it can be an effective weapon when used with adequate court vision.

Behind-the-Back: Change directions by dribbling the ball the ball behind your back. Footwork is critical here. The behind-the-back dribble begins as the outside leg is back and just beginning to move forward, and the ball needs to be dribbled all the way over to the opposite hand. The key to an effective behind-the-back dribble is to continue moving forward rather than just dribbling sideways. For this to happen, the arms and legs need to be coordinated so that the ball can get where it needs to go. This is an advanced skill, but most effective point guards have it.

Between-the-Legs: Change directions by dribbling the ball between your legs to your other hand. There are two ways to do this:

You dribble the ball backwards between your legs while your inside leg is forward. This move will create some space for you to change directions, but it will slow you down a step or two, too. This is by far the most common form of dribbling between your legs.

You dribble the ball forward between your legs while your outside leg is forward. You will push off that same leg in the new direction. The ball is momentarily exposed in this technique, so it is best used when you have a good cushion from the defender. With this technique, you don’t lose forward momentum. Though it has limited applications, this move does allow for an element of surprise.

Between-the-Legs Followed by Behind-the-Back: This is a combo technique that ends up with you going in the same direction after a momentary decoy move. First, you perform the ‘inside leg forward’ version of the between-the-legs dribble; as soon as the ball reaches your other hand, you immediately use that hand to dribble behind your back over to your initial dribbling hand. It’s a good change-of-pace technique.

Once your players master these techniques, they will have great tools for putting the ball on the floor against pressure. The two main goals should be to perform the skills well in both directions and to perform them without looking at the ball.