Conditioning is always an important factor when it comes to fielding a successful basketball team. It’s particularly important when teams return from a summer break. With that in mind, we asked the USA Basketball Coaches Network: What is your favorite conditioning workout? Don Showalter, head coach, Iowa City High School (Iowa) For our conditioning we do a couple things during the preseason to get our players in top shape for the season. After our lifting sessions three times a week, we do a series of quickness drills that include using the ladder for foot quickness. The ladder is a 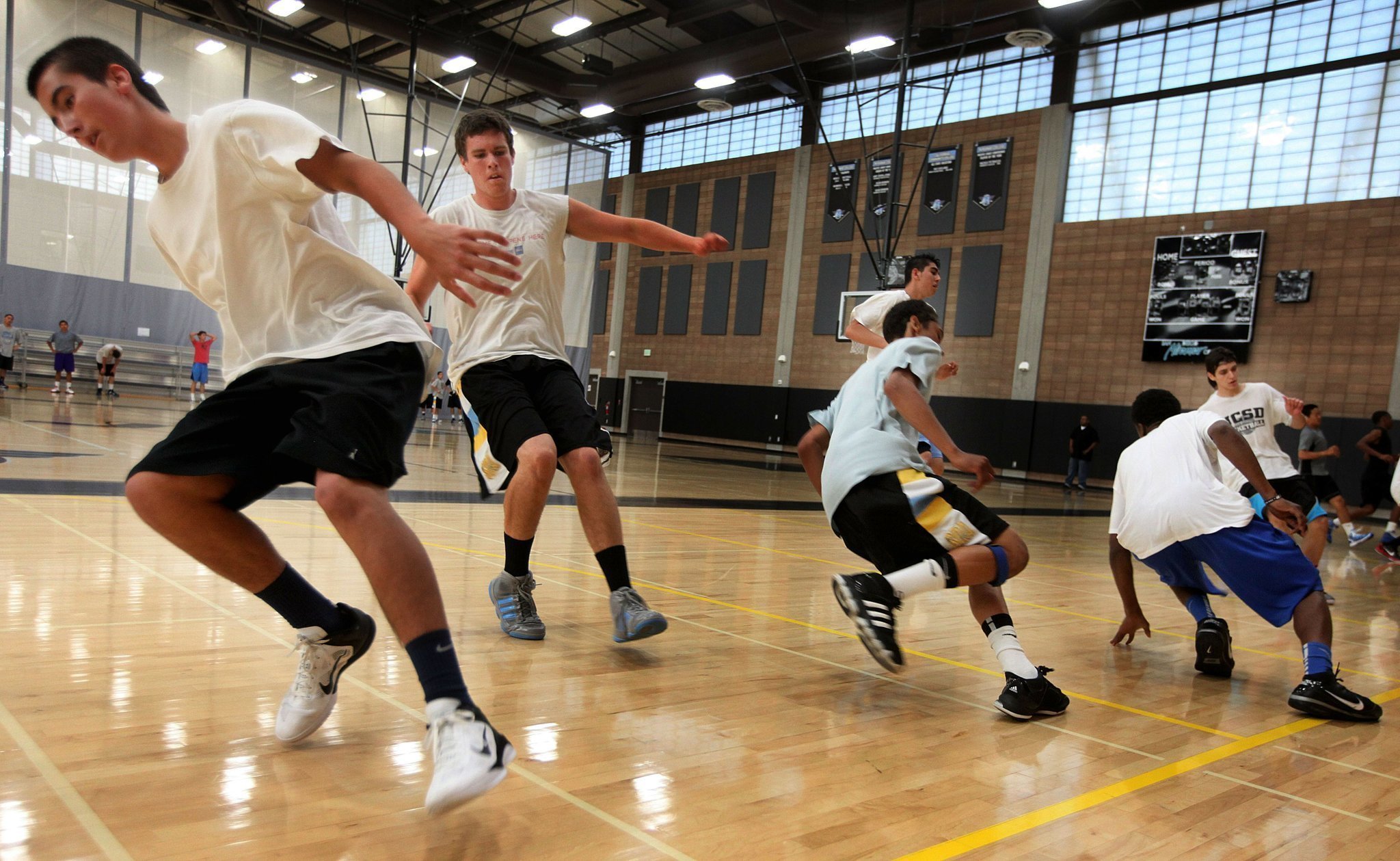 Conditioning is always an important factor when it comes to fielding a successful basketball team. It’s particularly important when teams return from a summer break. With that in mind, we asked the USA Basketball Coaches Network:

What is your favorite conditioning workout?

For our conditioning we do a couple things during the preseason to get our players in top shape for the season. After our lifting sessions three times a week, we do a series of quickness drills that include using the ladder for foot quickness. The ladder is a rope ladder with wood bars that lays on the gym floor and we have a series of foot quickness agility skills that we use with this ladder.

We also do a series of sprint work, sometimes outside or sometimes in the gym, of varying lengths of sprints in order to get the players in great condition.

In the gym, we design our conditioning activities to be done with a basketball. For each of those drills, we have established gold standards of “efficiency and time.” Standards should be adjusted for fitness and proficiency levels. Here are a few of our favorites:

1) “Elbow lay-ups” entails one player dribbling back and forth from the “elbow” to rim. Our gold standard is for one player to make six lay-ups in 30 seconds.

2) “Skip pass 3’s” are done with six players (three players on opposite wings/baseline extended) and four basketballs. In succession, a player will throw a skip pass to a teammate and then receive a pass for a 3-point attempt. Players should follow their shot and go to the other side. Pattern repeats. The drill is 2.5 minutes with a goal mark of 50 3-point made baskets. Our program record is 75 made 3’s in 2.5 minutes.

3) “Sidelines” is dribbling the ball from sideline-to-sideline 10 times (alternating the “touch-foot” on each line) in 39 seconds or less.

In the weight room, a fun and challenging conditioning workout is “5-by-50.” Please note that this routine is designed for high school players with a solid strength training foundation. “5-by-50” is five different exercises of 50 reps per exercise. It’s executed with proper technique and players compete for time. It consists of: 50 box jumps (20-24”), 50 kettle bell swings, 50 knees-to-elbows (hanging from a bar), wall balls (14-20lbs), and 50 burpees. Happy planning and never miss a chance to incorporate conditioning.

We like to incorporate basketball drills when conditioning so we can get two things accomplished at once. One drill involves a pass from the baseline to the elbow with the initial passer running towards the ball-side sideline to half court. The initial receiver then passes to the runner who should be around half court. Once the ball is caught, the ball is passed to ball-side elbow on the other end and the runner follows the pass for a bounce pass layup.

We have lines going on both sides and there is a time limit of one minute to make a certain amount of layups. We do this for four minutes, right-handed for one minute and left-handed for the next minute, switching back to right and then left again for the last two minutes. If we don’t reach the layup goal, then we’ll go on the baseline and run end-to-end for the number of layups we are under the set amount stated at the beginning.

We love to do our conditioning with a ball and throughout practice if possible. I think the best conditioning is done when the kids do not even realize it — they are caught up in the drill and competing, so they forget how hard they are working.

I like this drill for the conditioning but it also allows me to focus on a part of the game I feel our team needs some reinforcement. Focuses consist of: Transition defense (walk and sprint back), sprinting the lanes on offense, spacing in the 3-on-3. Sometimes we will put in a rule the offense has to do before they shoot (ex. if you do not score in transition a screen away must occur before a shot is taken).