Tennis group drills are suitable for adults and juniors and often consist of practice games and drills that focus on the fun aspect of the game. A tennis group drill can be practiced in either large or small groups. tennis-group-drillsLearning how to play tennis, just like any other activity, is more fun and exciting when you’re in a group or class. The social aspect of the game is also introduced when groups of players come together to learn at the same time. To teach the skills of tennis to a class, tennis group drills have been formulated. These drills 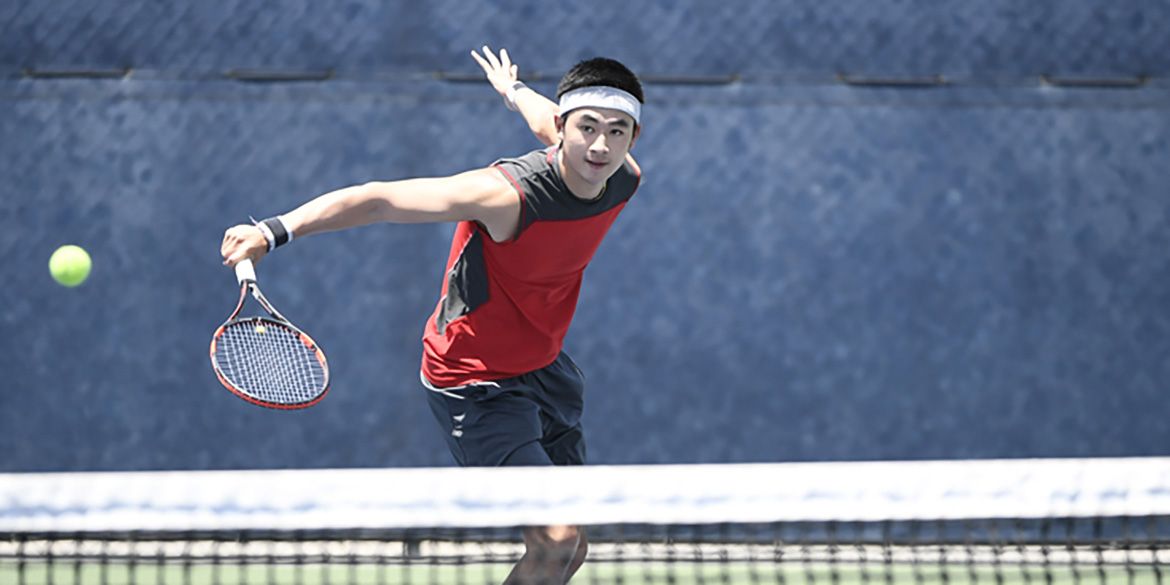 Tennis group drills are suitable for adults and juniors and often consist of practice games and drills that focus on the fun aspect of the game. A tennis group drill can be practiced in either large or small groups.
tennis-group-drillsLearning how to play tennis, just like any other activity, is more fun and exciting when you’re in a group or class.

The social aspect of the game is also introduced when groups of players come together to learn at the same time. To teach the skills of tennis to a class, tennis group drills have been formulated. These drills are meant to be fun and entertaining while also developing the skills of each participating player.

Tennis group drills are usually named similarly as children’s games. The names are not standard; there are some drills that a coach will call by one name and another teaching pro will call by another. Here are some common ones:

Tennis Group Drill #1: The Jail Game
This is a tennis group drill that can accommodate anywhere from 4 to 20 players. It can be played by all skill levels. In this drill, the players line up at one end of the court and are fed the ball from across the net.

Each player must hit the ball back over the net within the lines. Depending on their skill level, you can require the player to hit within the doubles lines, singles lines or to specific targets on the court.

You can drill either the forehand or backhand. The objective for the player is to hit the ball to the specified location. If successful, he or she is safe, but if not, then the player must go to “jail.” You can vary this by giving less skilful players more chances. For example, you can give beginners three chances while more advanced players should get only one chance.

Going to jail means that the player must go to the other side of the court and try to catch a ball hit by another player.

Catching the ball also depends on the skill level of the player. Weaker players can catch after the bounce.
Small children may simply touch the ball to “catch” it. More advanced players must make a secure catch before the ball bounces, meaning they must not drop the ball.

Therefore, they must also be able to judge whether a ball seems to be going out of bounds or not. A successful catch gets the player out of jail, while the player who hit the ball that was caught becomes the new prisoner. When the jail becomes more and more crowded, limit the prisoners to only two steps when trying to catch a ball.

The last player will try to hit three shots that don’t get caught in order to be declared as the winner of the game. If the ball gets caught or if the player misses, then a “jailbreak” happens. Everyone gets out of jail and a new game begins.

Tennis Group Drills #2: Around the World Game
This tennis group drill is also versatile as it can be used for beginners, intermediates and advanced players. It is suitable for anywhere from 5 to 16 players. Divide the group into two, with each group lining up on the opposite baselines. The coach stands near one of the net posts to feed a ball to the player in front of one line.

This player must hit the ball into the court. Once again, you can vary the targets depending on the skill level of the players. After hitting, the player must run to his or her right around the net post and to the opposite end of the court. The player at the front of the line of the other group does the same thing.

This process continues. If a player misses his or her shot, an out is called. The next feed will be to the player who was supposed to receive the missed shot. Three outs drop a player out of the game. The last two remaining players simply play points from a feed until one of them has three outs. The last player is the winner.

Tennis Group Drill #3: The Lob Game
This tennis group drill is meant for intermediate to advanced players. It is a fast-paced game that can be played by a large group of players. The players line up by the net post to the right of the feeder. One player is designated the attacker. He or she sets up on the centre line between the net and the service line. Another player is the chaser. He or she is the one at the front of the line of players at the net post.

This player runs over to the middle of the net on the other side of the court to tag the centre strap with his or her racket. After tagging, the coach, from behind the baseline, feeds a lob down the middle.

Players must move the instant after points are won or lost. A lot of the action occurs while the ball is hanging in the air. Players are encouraged to do whatever they can to try to win the point against the attacker. They can practice their lobs, passing shots and dipping shots. The attacker gets to hone his or her net skills.

Tennis Group Drills #4: Drill for 5
This tennis group drill is a fast paced game that hones players’ doubles skills. This is appropriate for intermediate to advanced players. Two players take position up at net with a third player on the baseline behind them. Two other players stand on the opposite baseline. The coach or teaching pro may be one of the players at net or be feeding the ball from near one of the alleys.

The first point begins with a feed to the forehand of the player on the baseline deuce side. The point is played out. The net players try to win the points with aggressive shots – overheads and different kinds of volleys.

This cycle continues throughout the game until one team wins by scoring at least ten points with a two point margin.

Rotate the players clockwise for the next set. The coach, however, stays in his position throughout the drill.

Tennis Group Drill #5: Pick up 10
This tennis group drill requires at least six players in order to form two teams with a minimum of three players each. The players line up on opposite sides of the court with the first player from each team standing at the centre hash mark on the baseline. The coach spins a racket or flips a coin to determine which team gets the strike.

Ten balls are placed in a basket at the centre net strap on each side of the net. When the coach gives the go signal, the players at the front of each line run to the net. The player with the strike gets a ball and runs back to a marker or cone midway between the service line and the baseline. The player turns and drop hits the ball to the opposing team’s court.

Meanwhile, the player from the opposite team, who had also run forward to the net, must touch the basket and sprint back to touch the centre hash mark of his team’s baseline. Immediately, he or she must turn to hit back the ball. The rally is played out until one team wins the point. Their team now gets to be designated as the strike team.

The players who played the first point go to the back of their respective lines while the players who are next in line begin the whole process again and the game continues. The winning team is the first team to empty their basket of balls.

If the pair who had run down the lob wins the point, they are the new champions. The pair they defeated will move to the back of the line and a new pair of challengers will play against them. The process repeats itself. However, if they lose the point, the next team will do exactly as they have done and try to run down a lob fed to the champions’ court. This process continues until a pair wins a moonball point.

Tennis Group Drill #7: Team 105
This tennis group drill is great for developing an aggressive, attacking game. It is suitable for up to 20 people and requires the players to be divided into two teams. The teams take up their positions on opposite sides of the court. Players from each team pair up and play doubles points against the opposing team as if playing a standard doubles match. However, the scoring system is different.

An unforced error is 1 point. A winner from the baseline (including service aces) is 5 points, while a volley winner is 10 points. An overhead winner scores the highest number of points at 25. This rewards the team who gets to the net and tries to finish up there. Pairs represent their teams as long as they are winning points and they are replaced by the next pair on their team as soon as they lose a point. Based on the scoring system, the first team to reach 105 points will be the winner.

Tennis Group Drills #8: Space Invaders
In this game, a group of 8 or 10 players is divided into two teams. Both teams spread out along the service line. The coach feeds a ball to one player who must volley the ball to the other team. The rally is played out until one player makes a mistake. This player is then knocked out of the game. The game continues until one team loses all players.

Tennis Group Drill #9: Kings of the Court
This is a popular tennis group drill. It is similar to the moonball drill described above, except that the “champions” are called “kings.” This team takes their position at the net and plays points against the challenging teams. The challenging team is fed a ball to begin each point. They must win 2 out of 3 points to dethrone the kings.

Once they do so, they must immediately run to the kings’ court as the next ball is lobbed over to the next pair of challengers. If the kings win 2 out of 3 points, their challengers move to the back of the line and are replaced by the next pair in line. The first pair to win 10 times as kings wins the entire game.

FacebookTwitterGoogle+PinterestTumblrLinkedInRedditEmailPrint
NewerBasketball - Offense-shooting | How To Develop Into A Great Shooter - 6 Shooting Drills To Do At Every Workout
OlderWater sports - Water Polo | How to Make a Pressure Pass in Water Polo Read more at: http://waterpolo.isport.com/water-polo-guides/how-to-make-a-pressure-pass-in-water-polo