Penalty Box Soccer Objective: Practice scoring goals and marking in the penalty area. Area: Penalty area (directly in front of the goal). Players: Teams of three, two goalkeepers. Equipment: Two sets of training bibs. At least six soccer balls Goal and two corner flags (or four corner flags for two goals) Formation: Two teams of three are in the penalty area with a keeper defending each goal. Procedure: The game starts with the keeper of the one team throwing the ball to a team-mate. The game is decided by the first goal scored. The team that scores stays on the 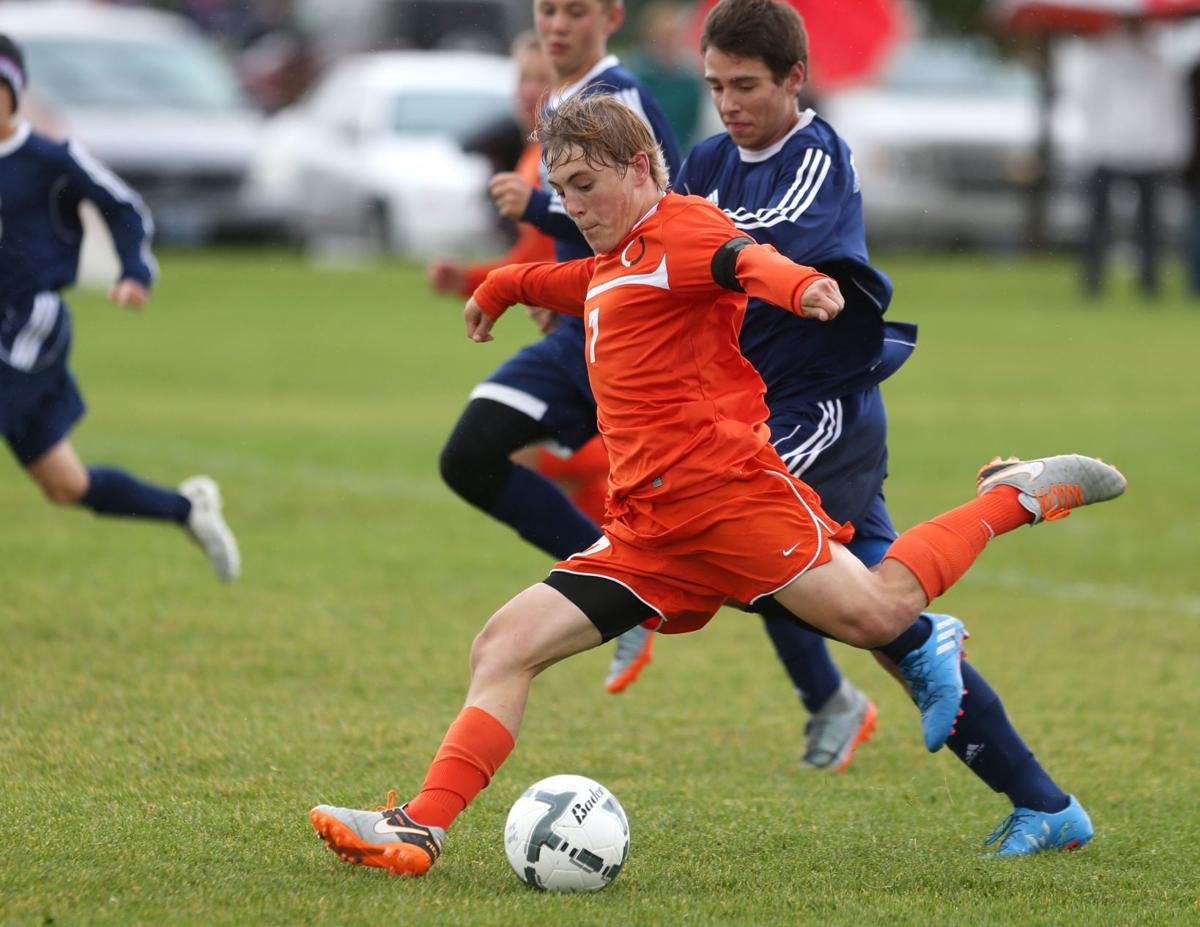 Objective: Practice scoring goals and marking in the penalty area.

Area: Penalty area (directly in front of the goal).

Formation: Two teams of three are in the penalty area with a keeper defending each goal.

Procedure: The game starts with the keeper of the one team throwing the ball to a team-mate. The game is decided by the first goal scored. The team that scores stays on the field and the losing team is replaced by a new team.

To keep the game moving, keep plenty of balls in the goal and put a two-minute time limit on each game. If neither team scores in two minutes, both teams go off and two new teams restart the game.

Make sure to balance the teams.

The winner is the team with the most goals after 20 minutes.

Players are organised into pairs, each with a ball. Standing with her back to the field of play, the first player throws her ball over her head. The second player then kicks her ball from the starting point and tries to hit the ball that was thrown. Play alternates by kicks until one ball is hit. The players then change over and start again. Coaches should emphasise instep kicks for length and the side of the foot for accuracy. Make it a condition that every other game is left foot only.
Four Goal Game (heads up!)

Set up four 2 cone goals in each corner of a 20 yd x 30 yd grid. Divide players into two equal teams. Players may score at any of the four goals. This is an excellent game for encouraging teamwork; getting heads up and discouraging bunching round the ball.

Set up a line of cones row 3 to 5 yards apart. Pair up players and put one player on each side of the line facing the cones and each other. Players should start close to the row of cones at first, striking the ball between the cones. The partner receives ball and passes it back through the cones. Move players further apart as their technique and accuracy improve

Players form two lines on either side of the coach who is standing 18 to 20 yards from a goal that is any size. The coach serves the ball toward the goal line while one player races to win the ball and shoot. As skills improve, add a goalkeeper. The coach should encourage correct shooting technique and a good first touch on the ball.
Dribble Cones and Shoot

Set up two cone lines for a dribble weave about 30 yards with a 2 yard goal at the end. Divide players into two lines or teams. Players must dribble through the cones and score at the goal at the end before the next player in line starts.
Pass and Strike

Set up a 30 yd x 30 yd grid with two opposing goals. Divide players into two equal teams. Each team must make four complete passes before they can shoot on goal. If the ball is taken by the opponent the team must start its pass count again.

Set up cones in a line, with three feet between each cone. Line up two players on opposing sides of each cone, facing one another. Give one of the opposing players a ball. The object of the game is to knock down the cone in as few shots as possible. When the first shooter misses the cone, their partner should trap the ball and take a shot. When the cone is knocked over, one player should set it back up and continue playing. For a variation, play the game for one minute intervals, and encourage the players to improve their record each time.

Set up two cones as a goal at one end of the grid and divide the team in half. Pick one player to start as goalie. Then line one group up behind the goal, with one ball for each player. Line the other group up fifteen feet in front of the goal, in the centre. The first player in line should pass the ball to the first player in the centre line. This person then traps the ball and takes a shot on goal. After their turns, the players should get in the end of the alternate line (players who took shots need to retrieve the ball if needed). Switch goalies often. For large groups, two games can be set up at opposite ends of the grid. Later, have the shooting line take their shots with only one touch.

Divide players into groups of three, and give each group one ball and two cones. Set the cones up as a goal, and have one player be the goalie. The remaining two players should be on opposite sides of the goal, facing each other. They take turns shooting on goal. When the goalie makes a save, he should turn and roll the ball to the other player. Switch goalies often.

Divide the team into pairs. Give each pair one ball and four cones. Set the cones up as two separate goals, about 10 yards apart. Every player stands in front of a goal and takes turns shooting and being the goalie. Initially, have the players shoot a stationary ball. Then have them stand behind their goal line and dribble up to it before shooting or have the goalie roll the ball to the shooter for a one-touch shot

This is played just like a regular small sided game, but instead of having a goal to shoot at set up five cones along each goal line. The first team to knock down all five cones wins. There are no goalies. 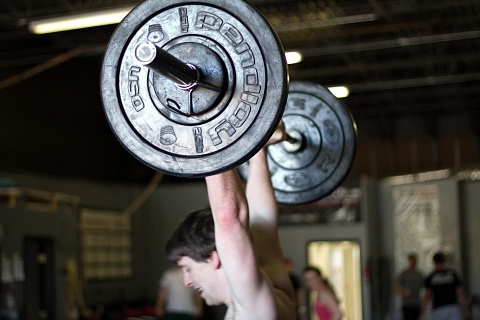 Lifting straps are a tool for safer and stronger lifts in the gym. Here are some reasons that you...