Defense and goaltending typically wins championships. It’s interesting how year after year the Stanley Cup–winning team typically has the fewest goals against. Great defensemen are great at getting the puck and starting the offense going the other way. Here’s how to keep it going. Move your feet. Great forwards are great at battling and managing the puck. I tell the defensemen that I train that if you are not moving your feet, then you are doing something wrong. This is not to say you should have happy feet, but when you get the puck you need to 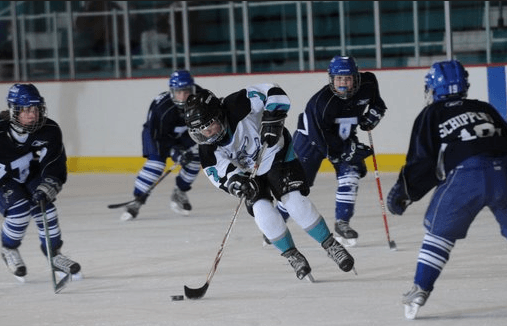 Fake a shot first. Almost every single time I took a shot, I would do a fake shot first. This is a beauty at younger levels, but it works during prep school, college and—believe it or not—the pros.
Defensemen have no time for crossovers. I was an old dog that had to be taught this new trick when I was playing. Now, I try to teach kids this early on now so they cannot fall into this trap. The game is too fast today. Defensemen need to hone pivoting not crossing over. This allows you to always stay square with your opponent. Watch Nicklas Lidström; he never crosses over, hence he very rarely gets beat.
Editor’s Note: Thank you to Jeff Serowik, a former NHL player and founder/president of Pro Ambitions Hockey, for this story.

Hockey mom with two boys that LOVE the sport! I spend the majority of my time playing taxi driver and laundromat!!!