You first have to ask yourself the question “conditioned for what?” It would be very easy to ask 100 people on the street “Who is more conditioned – a marathon runner, or a power lifter?” You can pretty much guarantee nearly everybody is going to just automatically say marathon runner because for some reason it has been burned into the industry that conditioning = your ability to do low intensity steady state work for extended periods of time. This is also not the case. A powerlifter is by no means conditioned to run marathons in his spare time, but a marathon runner is 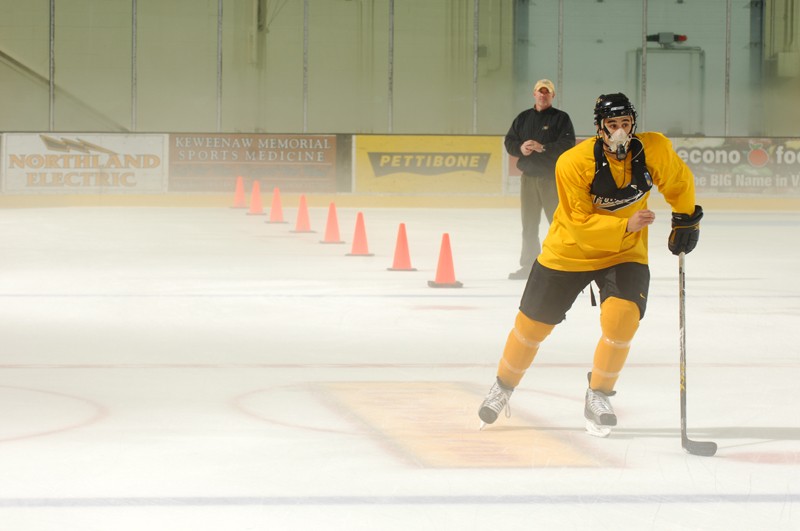 You first have to ask yourself the question “conditioned for what?”

It would be very easy to ask 100 people on the street “Who is more conditioned – a marathon runner, or a power lifter?”

You can pretty much guarantee nearly everybody is going to just automatically say marathon runner because for some reason it has been burned into the industry that conditioning = your ability to do low intensity steady state work for extended periods of time. This is also not the case.

A powerlifter is by no means conditioned to run marathons in his spare time, but a marathon runner is also in no way conditioned to do what a powerlifter does either. The have completely different muscle fiber/energy system use and sport demands. Apples and oranges really.

Which is why the physiological assessment of the sport becomes extremely important.

• What is the dominant energy system being used in competition here?

• What other energy systems are involved that are also important?

• How can we maximally replicate the demands of the sport through conditioning so that it has the greatest carryover to the game?

• What is going on at the cellular level that can be improved to better enhance athletic conditioning?

A runner, a triathlete, football player, swimmer, fighter, powerlifter and hockey player may all be very well conditioned. But conditioning for their sports are entirely different and conditioning may mean something different to each and every one of them.

You have to understand your sport and prepare yourself adequately for it. This is what is called training. Training is structured program design and periodization to achieve a desired goal or result. Whereas exercising is just burning calories with no aim to improve performance in a given task.

To become a better hockey player you need to train and training is done by understanding and replicating the demands of the game from all angles.

Here’s another example to drive this point home; there is a reason that Usain Bolt isn’t also the 400m and 800m gold medalist. Different energy systems, different training requirements, different competition and different definitions of conditioning.

What Hockey Players Are Doing Wrong

Hockey Sled TrainingHockey is an alactic-aerobic sport meaning it involves short high intensity, high power output bursts coupled with low intensity intervals. An example of this would be skating as fast as you can towards the net unloading a big slap shot and scoring followed up by a slow skate back to center ice to re-start the game.

Think about the game of hockey, it is almost entirely played with explosive/high power output movements. Slap shots, wrist shots, snap shots, body checks, skating with the puck or to the puck, high velocity direction change, fast acceleration/deceleration, I think you’re getting the idea.

Now knowing this, to logically maximize your hockey specific conditioning your conditioning workouts should be performed in an alactic-aerobic format. Doing this is going to better condition you for what you are actually doing on the ice.

Long, low intensity jogs are only going to make you a better jogger, not a better hockey player. Which is why so often these guys do get better at jogging on the treadmill and yet they still completely gas out in the 3rd period. This is a perfect example of how little carryover it brings to the game.

I should also note here that doing ladder drills for “quick feet” has absolutely zero crossover into the game of hockey and has been disputed by research and high-level coaches on several occasions and yet people still seem to want to do them. I recommend not wasting your time with this.

The lactic component of your conditioning workout should come from high power movements. Such as various forms of jumps, medicine ball throws, kettlebell work, sled work, prowler work, sprint work, etc. The goal for the long term is to increase your alactic capacity, which is the length of time you are able to perform this type of explosive movement.

To improve your alactic capacity overtime you need to either increase the amount of work performed in your conditioning session while still getting it done at the same time, or, keep the amount of work the same in your workout but get it done in less time.

For example, moving your rest periods from 30 seconds to 25 seconds but still performing the same amount of work. This would be an improvement in alactic capacity because you performed more work in a shorter time frame.

The object for hockey conditioning should always be alactic-aerobic based and you should always be performing high power output exercises and coupling them with incomplete (short) rest periods.

Three aspects I must mention now that we are this far in are:

1. It is pointless to work on your alactic capacity if you are not a powerful person. Making sure you are following a strength training program designed for hockey performance is of the utmost importance as it will increase your strength and power output. There is no sense in working on the capacity you can maintain your power at if you have no power in the first place. Nobody cares how many times you can repeat a 6 second 40 run, because you will be watching your team play from the bleachers anyhow.

2. Nutrition is a big part of conditioning. If you aren’t properly fueled it doesn’t matter what your potential is because you won’t have the gas. It will stop you in your track 10 times out of 10. Nutrition is a component that cannot be overlooked in any area of hockey performance.

3. Performing long, steady state aerobic work for extreme extended periods of time to build “mental toughness” is completely stupid and counterproductive to your hockey performance. You’re either tough enough to play hockey or you’re not, the weak ones get phased out early in life when the tough gets going. No amount of this type of training is going to make you any tougher. It’s actually going to promote you to be a worse hockey player. Who the hell wants that and what kind of lesson is that supposed to teach? The body always adapts to what it is exposed to most, so if you’re exposed to this type of training on a regular basis I would purpose you look for a new strength and conditioning coach.

An example of a hockey conditioning workout could be:

Run through the following three exercises:

That is a basic example of a proper hockey conditioning workout, although those exercises aren’t set in stone. The replacements are endless with the amount of variations you can do.

Over time to increase your work capacity like I discussed above, you would simply either increase the amount of work done within those parameters or decrease your rest period.

SHOULD YOUTH PLAY SPORTS DURING THE OUTBREAK? The answer is for now, in most settings, no. On March...

Here are some backyard drills that kids can incorporate into their training.