Golf – How to play well through bad weather 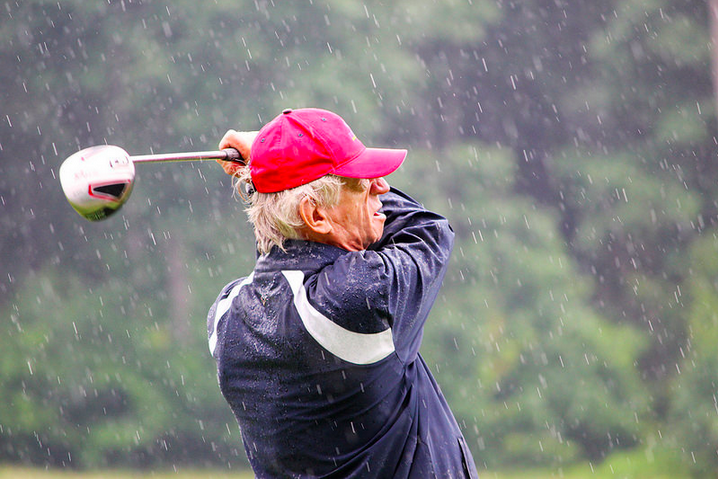 In the second round, the clouds came and so did the rain, and we got more familiar scenes — rain gear, umbrellas, and camera lenses covered in droplets.

You might take one look at the forecast and keep your clubs in the trunk when it looks like rain. But if you want to be able to keep playing even when conditions aren’t perfect, you need to learn some new tactics.

Golf Digest Best Young Teacher Jason Guss grew up and still teaches in Michigan — where summertime rain and three-season snow often make extra clothing a requirement. The trick is coming into a foul weather day with the right mindset, and understanding what the extra gear will do to your swing.

“I tell all my competitive juniors the same thing when the weather is bad. Somebody is going to play well, so it might as well be you,” says Guss, who runs the Jason Guss Golf Academy at Hawk Hollow in Bath Township. “There are a lot of players who are automatically eliminated when it rains, just because they don’t have the moxie and attitude it takes. You have to take the bad weather excuse out of the occasion.”

Embracing the elements is one thing, but you also have to be able to adjust to the restrictions imposed by your rain gear. “When you put a jacket on, your swing is going to get a little shorter and quicker,” says Guss. “You need to control your tempo, and swing easier. Worry more about center contact instead of direction or distance. The shorter swings will tend to flight the ball down, too, which helps when the wind is blowing.”

If you tend to get loose with your mechanics, you might even play better when it’s time to put on the slicker.

“Phil Mickelson is a player with long swing, and he tends to lash at it when he’s struggling,” says Guss. “With the rain gear on, it actually tightens him up and gets him a little more in control. It’s almost an advantage.” 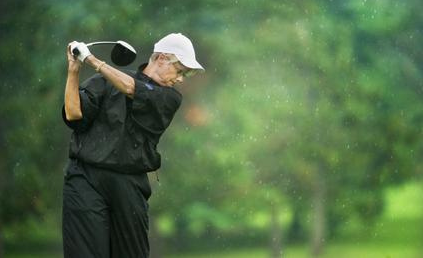