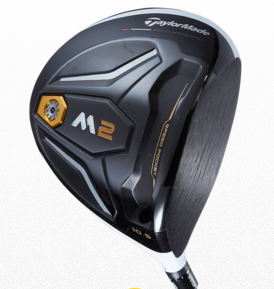 On the surface, the idea that drivers are still getting better today seems absurd, in a word, laughable. Why, the U.S. Golf Association, has instituted more rules limiting distance, and driver performance specifically, in the last 20 years than they had in their previous century of existence.

But this would be missing the point of what driver technology is about today. What we found in this year’s collection of the best drivers in the game isn’t so much the rush to make your longest possible shots longer. No, that’s already long since been taken care of, and besides, the rules limiting the face’s spring-like effect are clear and, we think, relatively impenetrable. Rather, while the center of the face and our most perfect hits are no longer fertile ground, what is most intriguing to the game’s brightest designers is how to make our worst selves so much more presentable—at least when it comes to our tee balls. With new ultralight composite materials and alloys, plus new processes that thin titanium nearly to the thickness of a business card, those big drivers not only spring the ball with extra velocity when we miss the center of the face, they’ve also been designed to control spin so shots launch high but still fly with force and land with an attitude.

But the genius doesn’t stop there. What makes drivers extra special today is how personal they get thanks to the multiple levels of adjustability that are now commonplace. It is not unusual with movable weights and rotating hosels that a typical driver can be 10, 20 or even a thousand heads in one. Our testing shows the twist of a wrench can mean 20-plus yards of ballflight correction, either straighter or longer. It’s all a matter of finding the right setting to unleash the big hitter you always dreamed you’d be.

Drivers not getting any better? Please. Believe that and the joke’s on you.