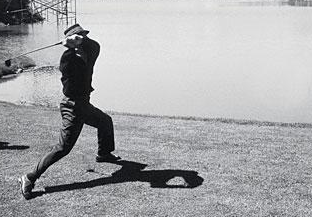 One of the best things about playing golf is that it allows you to meet some really great human beings.

The bulk of golfers around the world are friendly enough to invite you to join their group to make up a four or include you if you are visiting their course and the way most courses operate you generally get to play with different golfers most days if you want to.

As you will be aware, some days you get teamed up with some wonderful people, which normally makes the golf good and the day flows – it’s a pleasure (and a privilege of course) to be alive and out there on the course but from time to time you strike a different type of day. Days that for whatever reason the people in the group don’t gel and it’s not very enjoyable.

Let’s face it, even those days aren’t too bad to deal with – you might feel a little uncomfortable and you may not come off the course feeling full of life – what we really need to know about is how to deal with the worst days possible ;

What can do you do when you end up playing with an annoying golfer?

One who knows no etiquette, walks all over your putting line, makes stupid comments after you have hit a poor shot, talks or moves as the rest of you are playing or is just painfully slow at playing.

As much as you’d like to by the end of the game, it is apparently considered bad form to hit them in the head with a 3 iron (apart from the fact that most sets don’t have them now) so what can you do?

I’d have to say that after playing golf for more than 30 years I have had more than my fair share of playing with this type of golfer but before I get to my suggestions, let’s first look at what is actually going on with us – yes us!

According to the dictionary;

Annoyance is an unpleasant mental state that is characterized by such effects as irritation and distraction from one’s conscious thinking. It can lead to emotions such as frustration and anger

So looking at that – an annoying golfer – is someone whose behavior causes us distraction from what were are trying to do, which is focus on our game and play well.

The resulting effect for us in making the judgment that the other golfer is annoying – is that we allow emotions such as frustration or anger to come out and take over our mind or our shot, which unchecked takes over our game and score, possibly even the rest of our day.

If you look at it, it’s the way we are reacting to the other person that is causing it.

It’s the fact that the other player in some (or many) ways is not conducting themselves on the golf course as WE expect they should and our game suffers because of our perception of how the other golfer should be. Certainly most of these players I have played with are having a great day – completely oblivious to what you will be thinking while playing with them.

So how to deal with an annoying golfer?

First, get rid of your expectation of how other golfers should be or act and accept that all people are different.

It’s been said that people come into our lives for a reason, a season or a lifetime – so ask yourself what has this golfer here for today – generally it will be a reason.

My own personal experience is that I tend to find myself playing with people like this before an upcoming competition, so I look at it (these days now I’m a bit wiser) as a chance given to me by the universe to test my readiness before playing an event.

Second, focus on your own damn game

A golfer who is fully engrossed and focused on their game takes no notice of, nor are they bothered by other players.

Very early in my golf career I played a game with an extremely good amateur player who had won many titles and honors over the years. It’s memorable for me as he had my scorecard that day and me being the up and coming player, I was trying very hard to beat this accomplished player.

I was fully aware all the way through the game as to how we were both scoring. We ended up both scoring 2 under par 69’s I think but that wasn’t the important part – to this day I still remember walking off the 18th green when he turned to me and innocently enquired as to how I had played?

That’s a golfer who is focused!

I’ve ran into more than a few of these guys.