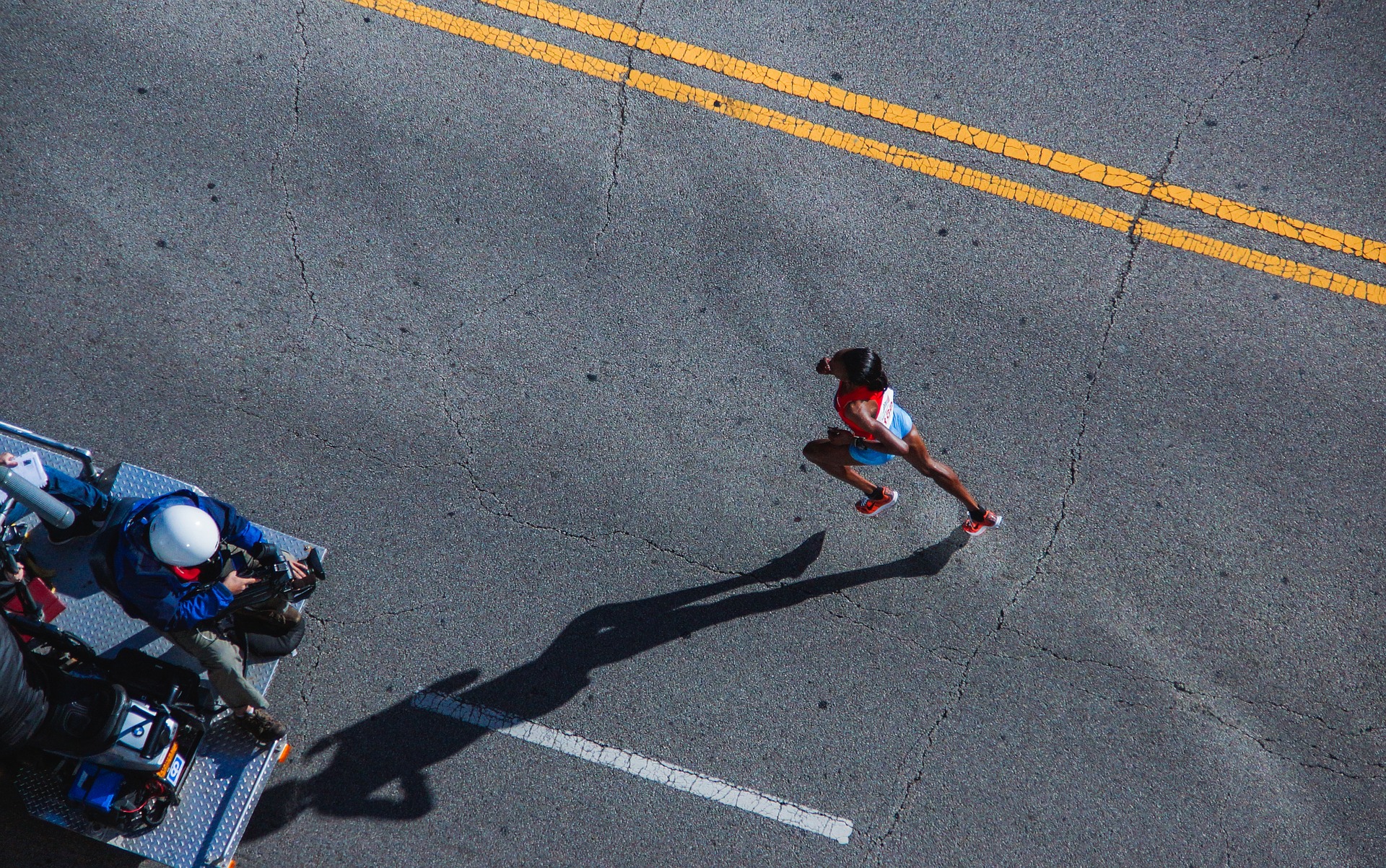 Jon Morrow is a quadriplegic who is also one of the most accomplished bloggers on the planet. He’s overcome a ton of challenges and he shared one way that he rose to success was what he fed his mind.

He would listen to podcasts and audio books of successful people for 6-8 hrs every day!!! He basically marinated his mind with so much positivity, strategies, and models of success, that his reality changed.

The impossible was now very possible!

Makes sense, because after watching a few of these Top 10 Mental Toughness Documentaries, I signed up for 50k trail race, with less than one month of training.

Who doesn’t want to get tougher and be more resilient, full of grit, and able to handle adversity in a positive fashion?

In order to have Mental Toughness, there must be some sort of adversity, struggle, or challenge. Mental Strength does not happen in absence of competing against ourselves. The list of Top 10 Mental Toughness Documentaries exemplify these skills in various ways.

In these movies, some people endure through disasters tough to ever imagine, whereas some persevere through decision making, some overcome battling injuries, and some display grit through sheer determination.

You can watch all of these documentaries FREE via Amazon Prime.

10. The Ouray 100-
Non laurus luctatio- “Not the prize but the struggle” is the theme of this race! Avery Collins is the race favorite, but is near last place at one of the world’s most difficult trail races because of a wrong turn! Avery spends the next ninety miles enduring high altitude terrain and foul weather in a daring attempt to reclaim his lead. Running time: 59 minutes

9. Running For Jim-
Running for Jim is the inspiring story of a high school running coach Jim Tracy, and his battle with ALS (Lou Gehrig’s disease.) It follows his 2010 women’s championship team that brought his story to international attention. Running time: 117 Minutes

9B. Heart: From FlatLine to Finish Line-
It’s 9B because both of these documentaries ( 9 & 9B) raise awareness to causes larger than themselves. This one involves heart disease and the story about six cardiac patients from hospital beds to the finish line of one of the world’s most grueling endurance events, the Ironman triathlon. A harrowing twist in the middle of this documentary was NOT expected. Running Time: 1 hr 39 minutes

8. Long Green Line-
A cross-country coach has over hundreds of high-school kids show up every single year to run! That’s impressive enough! Coach Joe Newton has used the sport of Cross Country to teach important lessons to high school boys for the last 50 years. This mental toughness documentary is focused on a single season in his career, and follows the team from Elmhurst, Illinois as they reach for their 25th state title. The film focuses not only on the top athletes, but an autistic runner, and an athlete with cerebral palsy. Running time: 1hr 29 minutes

7. Being Evil-
This is most well-polished of the Top 10 mental toughness documentaries. Johnny Knoxville is the producer and the narrator. This story unfolds the man who started the term “daredevil.” His life on and off the stunts is as you can imagine, filled with highs and lows. It’s a modern day epic greek trilogy. Running time: 1 hr 40 minutes

6. Finding Traction: The Ultra Marathon Documentary-
Nikki Kimball attempts to beat the men’s record of the 273- mile Long Trail in Vermont. Yep, 273 miles! Follow along her journey with her support team across four (4) days. This is a no joke, “a tough person” and it’ll have you in awe of her and her toughness. Highly recommend for the empowerment of female’s as well. Running Time: 55 Minutes

5. U.S.S. Indianapolis-
This documentary may have you in tears. It’s the story of the worst naval disaster in U.S. history. The tragic story that the survivors go through is jaw-dropping. The U.S.S. Indianapolis was sunk in the waning days of WWII and it was not reported, so the sinking is an epic tale of survival for five (5) harrowing days. Running Time: 1 hr 38 minutes

4. Alone Across Australia-
Jon Muir simply walks across Australia, unassisted, for 1600 miles. This is desolate land through the middle of Australia! It took him 128 days with just him and his dog, surviving off of the land. An amazing battle of inner-strength. Running Time: 51 Minutes

3. Ultimate Triathlon-
I interviewed Luke Tyburski for my podcast- 15 Minutes of Mental Toughness. I interviewed him because of his grit and his ability to not only handle and overcome pain, but to seriously stay relaxed when all is against him. The Ultimate Triathlon is his race From Morocco To Monaco – Swim / Bike / Run – 2000km (1200 miles) in 12 days. Running Time: 1 hr 37 minutes

2. Meru-
Conrad Anker, Jimmy Chin and Renan Ozturk attempt a first summit on the mountain Meru. It’s located in India and the route that they take as a team has never been done. NO JOKE! This is big-time climbing. You’ll be in awe of these guys at what they attempt, the decisions that they have to make, and the perseverance and obsession with accomplishing this goal of Meru. Running Time: 1 hr 30 minutes

1. Barkley’s Marathon- The Race That Eats It’s Young.
This is the number #1 Mental Toughness Documentary! This is the race that has become a cult favorite amongst Ultra distance runners. This documentary outlines the history of the race, follows one entire race, and the eventual failures and successes of the field. This race is so arduous, that there were only 10 finishers of this race in it’s first 25 years! The Barkley’s Marathon is so difficult that in 2018 alone, amongst the world’s best racers, NO ONE even finished this race! Running Time: 1 hr 29 minutes