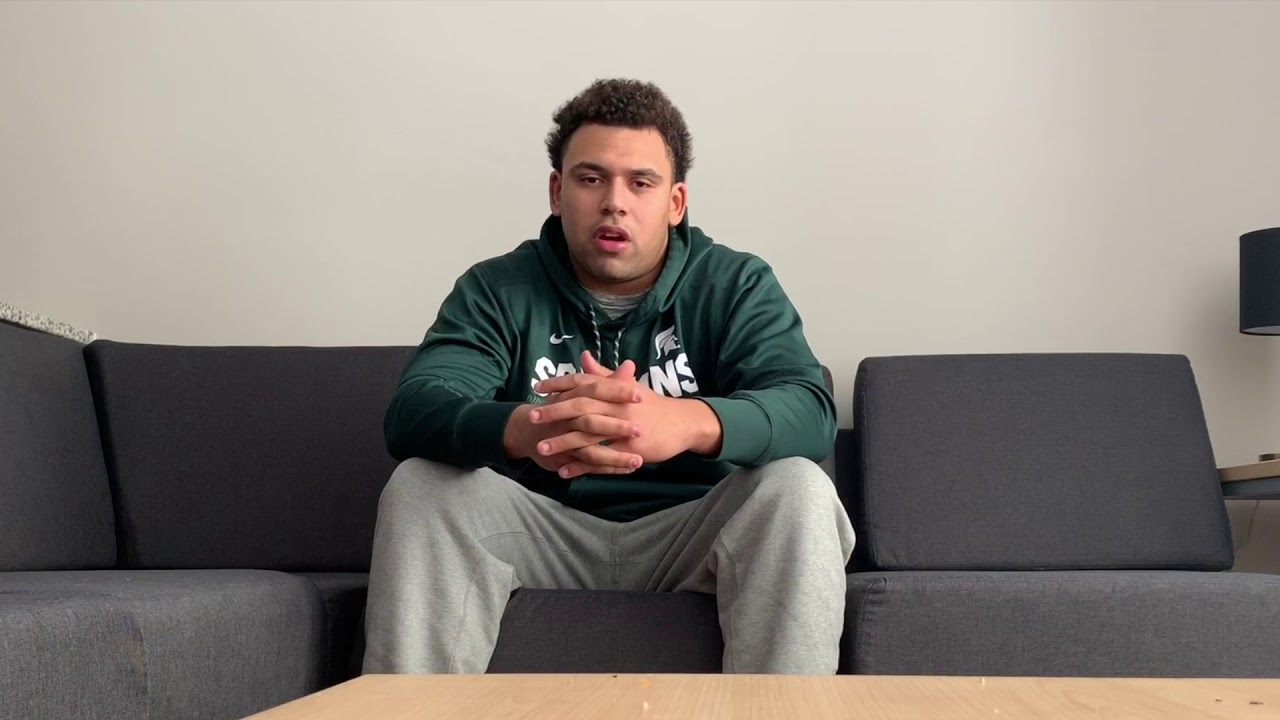 Connor Heyward is currently a sophomore running back at Michigan State University. He is originally from Duluth, Georgia where he was so versatile that he was able to play five different positions in high school including quarterback, receiver, running back, safety, and punter. Connor was able to play as a true freshman in 12 games where he led the team in kick returns for a total of 436 kick return yards. However, in the 2018 season, Connor had to step into some big shoes with an injury-riddled Spartan team. Connor played a multitude of positions this year, mostly running back. However, he also played a decent number of snaps as a receiver. Whether he was running jet seeps of up the middle, Connor stood out to all of Spartan Nation and is going to be exciting to watch in the upcoming seasons. Conner sat down with LRT Sports to offer some advice to the upcoming high school athletes who are looking to play at the next level.