As the head coach of a youth football team, it is important to develop a balanced defense that excels at the fundamentals. In doing so, you’ll initially separate the entire defense into three primary groups: defensive backs, linebackers, and defensive lineman. This will allow you to teach the most important individual skills that are required for each group. Listed below are 9 defensive drills you should run your youth team through. Cone Plant Reaction Drill This drill is something all defensive positions can work, but it should primarily be utilized by defensive backs. This drill works on a player’s 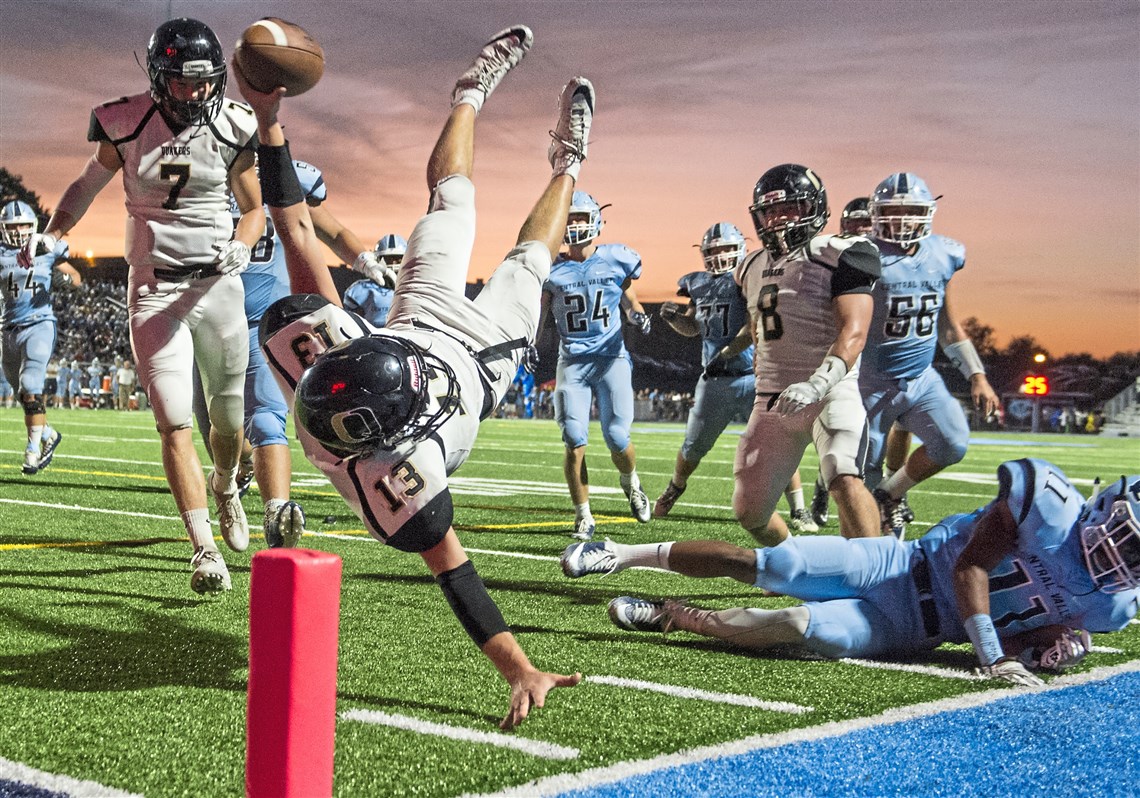 As the head coach of a youth football team, it is important to develop a balanced defense that excels at the fundamentals. In doing so, you’ll initially separate the entire defense into three primary groups: defensive backs, linebackers, and defensive lineman.

This will allow you to teach the most important individual skills that are required for each group. Listed below are 9 defensive drills you should run your youth team through.

Cone Plant Reaction Drill
This drill is something all defensive positions can work, but it should primarily be utilized by defensive backs. This drill works on a player’s ability to change direction and backpedal. Each of these is vital to a defensive back in coverage as they react to a pass thrown.

The drill is rather simple. The coach signals for the players to start backpedaling towards the second cone, then break back to the first. Next, the players backpedal to the third and break in. This drill not only teaches fundamentals, but it can be a reasonable resource for a youth football conditioning drill.

Zone Break
This drill is another one focusing on the defensive backs. It teaches the ability to read a quarterback and then anticipate the pass. The zone break is perfect for coaches that are looking to play zone but have personnel only familiar with man-to-man.

SPONSORED BY Verizon
Mother’s Day Tech Gift Guide
Mom has been there for you every step of the way, so why not give her the perfect gift to make her life easier, more manageable, and a bit more fun?
Explore Gifts
The QB takes a three-step drop and turns to one of the receivers to make a pass. After reading this movement of the QB, the defensive back breaks on the ball and completes the interception. The value of this drill can’t be understated because of the tools it teaches in reading a QB on the fly and forcing a turnover.

Hill Ball Picks
In order to secure interceptions, defensive backs must be able to both track the ball and nab it from its highest point. Upon the coach’s command, a player can backpedal and run side to side or in. However, once the coach pulls the defensive back in, the coach throws the ball high enough to allow for the player to jump and catch it at its highest point before sprinting it in.

With this exercise, the coach can teach his players to be able to move laterally and vertically before timing their jump to catch the football at the high point.

Score Tackling
The score tackling drill can assist in building linebackers that can shoot the gap and tackle a running back before they reach the next line of defense.

This drill helps linebackers develop their lateral quickness and ability to shoot the gap, both of which are critical for inside linebackers.

Fundamental Pass Rush Drill
In today’s game, outside linebackers need to fill the role of being dominant pass rushers. They are often the ones who have the best opportunity to put pressure on the quarterback and bring him down for a sack. This drill teaches the fundamental techniques that will allow them to get past the offensive lineman in pass protection.

The drill starts with having two linebackers face each other, with one serving as pass blocker and the other being the pass rusher. On the coach’s command, the pass blocker drops back in pass protection, and the pass rusher must use the correct move, whether it be bull, rip, or swim, to get past him. Despite being a rather simple drill, it is a useful tool to fine-tune the technique needed to be an effective outside linebacker.

If you want to kill two birds with one stone, bring in the offensive lineman for this drill.

That way, they can practice blocking while the linebackers practice rushing.

Deflection/Tipped Pass Drill
This is a drill that can really be used for any defensive player, but I find it to be most useful for linebackers or safeties. Two receivers are placed ten yards apart from each other on a parallel line. The linebacker lines up between these two receivers with the QB about 10-15 yards in front. The QB then commands the linebacker to backpedal.

While reading the QB’s shoulders and eyes, the linebacker breaks in on the pass. The QB intentionally throws the ball a little high and the receiver deflects the pass into the air. Upon breaking on the pass, the linebacker catches the deflection. This drill is valuable for developing a linebacker’s coverage skills and ability to make an interception when the opportunity presents itself.

Goal Line Tackling
Being able to hold a team to a field goal can go a long way in coming out on top. Teams that are stout inside and can win the line of scrimmage have a better chance of coming away with the big goal line stop. Often times, it is the linebackers who will either make first contact or finish off the tackle in these situations.

This drill involves two players facing each other with about five yards in between. To make this drill competitive, I suggest using a running back on the side opposite the linebacker, although another linebacker would work. Place a cone where the linebacker will have his heels on the goal line.

On the coach’s command, the ball carrier runs and tries to break the place.

The linebacker will try to make the stop, preventing the ball from reaching the cone. The primary coaching points here show a linebacker how to properly hit on the rise. This will make sure the ball carrier can’t fall forward into the endzone.

Fumble Force and Recovery Drill
With this defensive line drill, you line up two defensive ends against two offensive tackles. Then either place a coach or a dummy with a football attached about 7-10 yards behind the line of scrimmage. As the coach says “hike,” the defensive ends need to do a move to get around the blocker. The defensive end that gets to the QB first completes the sack and knocks the ball loose.

Next, the second pass rusher must be aware of where the ball lands and fall on it to complete the fumble recovery. As a side note, the coach can let the blockers know that one can provide heavier blocking than the other to prevent both pass rushers from getting to the QB at the same time. This drill will teach players how the actions of a tackle and strip can be one action. It will also allow defensive ends to further work on their pass rush techniques.

To ensure your defensive linemen don’t react to signals from opposing quarterbacks, coaches should yell out signals to train these linemen on when to move.

While it doesn’t necessarily train defensive lineman for pass rushing or run stoppage, it can go a long way in creating intelligent lineman that won’t make stupid mistakes that cost your team valuable yards.

Practice, Practice, Practice
Each of these drills, along with many others, should be consistently utilized at youth football practices. They all teach valuable tools that are not only important for an individual mastering his position, but for the entire defense working together as one complete, productive unit. Practicing these 9 drills along with other football training drills available online will set your defense apart from other teams.

If every player understands his role and responsibilities, you can begin to experiment with how each of these individual talents comes together into a complete squad.