Scott Iardella, MPT, CSCS Scott Iardella, MPT, CSCS December 31, 2015 • 4 min read Kettlebells aren't anything new, but their popularity in fitness circles continues to rise—and with good reason. When used correctly, kettlebells are extremely effective training tools for providing total-body strength and conditioning. The problem is that kettlebells are often used improperly. As with any technical movement, lift, or skill, proper coaching is required to maximize the benefits. It's been said the elite are elite because they're better at the fundamentals than everyone else. The fundamentals are the key to success in training—or in anything else 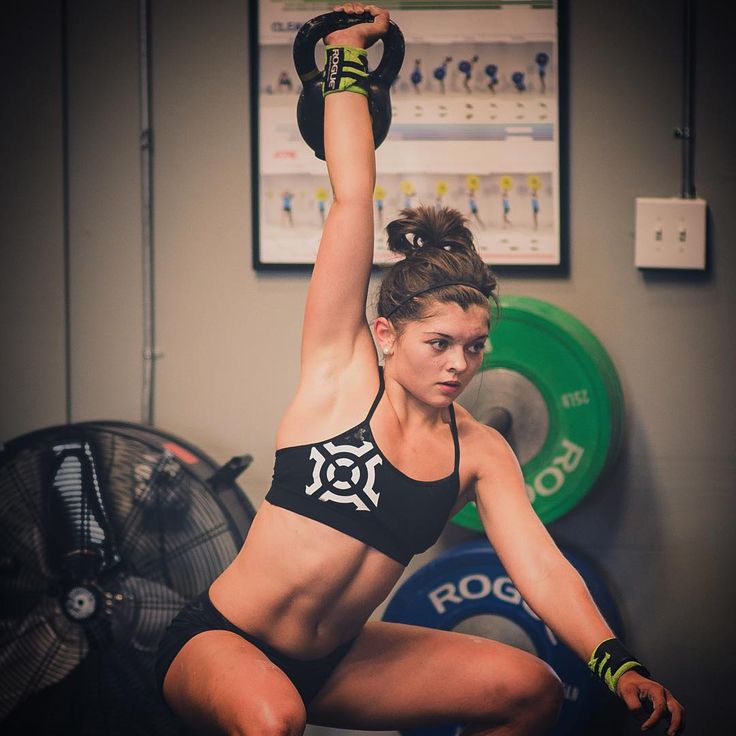 The problem is that kettlebells are often used improperly. As with any technical movement, lift, or skill, proper coaching is required to maximize the benefits.

It’s been said the elite are elite because they’re better at the fundamentals than everyone else. The fundamentals are the key to success in training—or in anything else in life. Master the basics and you’ll achieve the best results.

The fundamentals of kettlebell training come down to just six exercises. These are the foundational exercises, known as the “sacred 6.” Nail these and you’re on your way to a better body.

The Russian-style kettlebell swing, in which you project the kettlebell to shoulder-height only, is an insanely effective exercise when executed with proper form. Hip power, hip hinging, and breathing techniques make it incredibly powerful. It’s a two-for-one exercise, meaning you’re able to combine strength training and cardiovascular conditioning into one efficient movement.

The swing is considered the most powerful kettlebell movement because it represents full-body power, extreme fat loss, and a high level of cardiovascular conditioning. It’s also the foundation of all kettlebell ballistic exercises.

Though it looks easy to perform, the swing can take a significant amount of time, practice, and coaching to perfect. Unfortunately, this exercise is often performed incorrectly, which will limit your results as well as any further progressions that are based on this basic movement.

Here’s what you need to remember: The kettlebell swing is one of the highest-value exercises you can do, and it’s the foundation of effective kettlebell training. If you really want results, learn how to perform this movement the right way. It will truly pay off.

Squatting is a fundamental movement pattern with many variations. The kettlebell goblet squat isn’t just a leg exercise; it’s another total-body juggernaut that offers more mobility—the ability to move easily so you can safely train with heavier loads—and improved conditioning.

For maximum leg strength and development, there’s no denying the barbell squat is king, but the goblet squat makes a nice addition. Learning how to move safely and efficiently is also a prerequisite for other kettlebell progressions.

This is one of the easier kettlebell exercises to learn and apply immediately in your training.

The Turkish get-up is a slow, deliberate movement that’s been around for centuries. You start by lying on the floor, then stand up, then lie back down again in a specific sequence of movement transitions. The get-up will help you with functional tasks as well as higher-level exercises. It teaches you to move fluidly, and when you add the external load (a kettlebell) it requires strength, mobility, and skilled movement.

If you’re looking for an exercise that bulletproofs your body, this is it. The get-up is best described as kalos sthenos, which is Greek for “beautiful strength.” It’s a powerful full-body exercise that requires attention to detail and a respect for human movement.

Once you can do the first three exercises—and have demonstrated appropriate shoulder mobility and stability—the kettlebell press is another exceptional movement to learn. While it looks like an overhead press, it’s not just a shoulder exercise, as you use your entire body for maximum pressing power and strength.

The strict press is awkward with a dumbbell, and a barbell is even more difficult (although I’m a big fan of the barbell press). You just feel like you have more power to press efficiently with a kettlebell, mostly because of the more natural plane of motion.

Similar to the kettlebell swing, the clean is another explosive exercise for total-body strength and conditioning. The difference here is that the kettlebell finishes in the rack position as opposed to being projected horizontally away from your body.

The clean can take time to learn, but once you have it down it’s an essential movement to use for high-powered kettlebell complexes.

The clean can be used alone, but it’s also effective with a complex such as the clean and press, which is considered one of the best combination lifts. When cleans are used by themselves with appropriate-sized kettlebells, they’re a powerful exercise.

The kettlebell snatch—sometimes called the Tsar of kettlebell exercises—is the ultimate display of full-body power. Just to be clear, it’s nothing like the barbell snatch, except that it begins with the weight in a low position and projects the weight overhead.