The New York Yankees are getting into Esports. Baseball's most valuable team announced today an investment partnership with Vision Esports, the largest single shareholder of three esports-related companies. The two organizations will create and manage an “ecosystem” of esports properties that include Echo Fox, Twin Galaxies, and Vision Entertainment. Game plan: accelerate the growth and increase the global brand awareness of the three companies. Echo Fox, a leading professional esports organization founded by three-time NBA Champion Rick Fox; Twin Galaxies, a one-of-a-kind League Operator considered an authority on performance validation, statistics and skill indexes; and Vision Entertainment, a studio 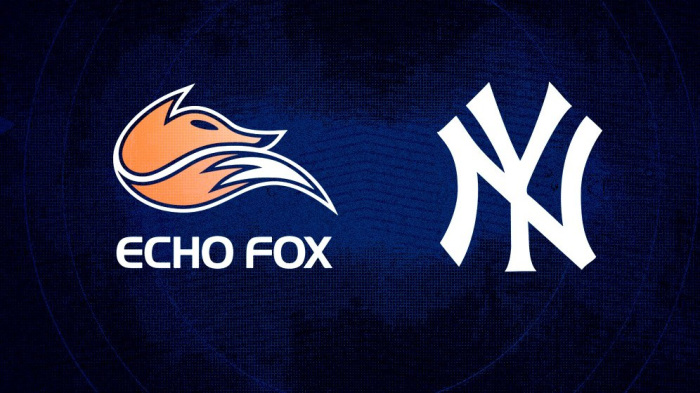 The New York Yankees are getting into Esports.

Baseball’s most valuable team announced today an investment partnership with Vision Esports, the largest single shareholder of three esports-related companies. The two organizations will create and manage an “ecosystem” of esports properties that include Echo Fox, Twin Galaxies, and Vision Entertainment.

The size of the investment was not disclosed.

The Yankees–owned by Yankee Global Enterprises, of which the Steinbrenner family owns over 60%–have been successfully leveraging their powerful brand in other businesses for years, such as Legends, the stadium business it owns with the Dallas Cowboys, New York City FC, the MLS franchise they own a minority stake in (Manchester City FC is majority owner), and their 20% interest in the YES Network, the most-watched regional sports channel in the country. The Yankees formed YES in 2001 and sold a majority stake to Fox three years ago for an enterprise value of $3.9 billion.

The success of making their businesses as rich as their brand has made the late George Steinbrenner’s $8.8 million purchase of the Yankees in 1973–$1 million investment by Steinbrenner, $1 million from other investors and a $6.8 million note from seller CBS–into a sports and entertainment empire worth some $5 billion (full disclosure: I am co-host and managing editor of the SportsMoney TV show).

Here is an interview I did with Rick Fox for the YES Network’s four-time Emmy Award-winning show, Forbes SportsMoney where Fox discusses how he became interested in Esports and what the formation of the North American League of Legends Champions Series and Overwatch League could mean for team valuations.

Play Video
I also did an earlier podcast with Fox and Stratton you can find here.

“The New York Yankees are thrilled to partner with Vision Esports and its diverse portfolio of esports companies,” said Hal Steinbrenner, Managing General Partner and Co-Chairperson of the New York Yankees via a press release. “Guided by an impressively skilled and sports-savvy leadership team, Vision Esports is transcending the industry with a bold, innovative approach to their business, and we are excited to enter into this dynamic arena as their partner.”

The Yankees and Vision Esports leadership will mirror management of the three esports properties in a manner very similar to traditional professional sports properties. This philosophy includes seeking to maximize revenue opportunities for advertising, sponsorships, media and broadcast rights, merchandise and ticket sales, naming rights and original content programming for both broadcast and streaming distribution formats. In addition, the Yankees and Vision Esports will collaborate on marketing and sponsorship initiatives across assets.

Building marketing ecosystems by marrying Esports with traditional sports teams is new. At the end of Septemer, Team Dignitas owners Josh Harris and David Blitzer announced they were consolidating all of their investment ventures into newly launched holding company–Harris Blitzer Sports & Entertainment. Harris and Blitzer are well known in the traditional sports sector, owning the NBA’s Philadelphia 76ers, the NHL’s New Jersey Devils, and EPL team Crystal Palace FC, as well as the Prudential Center, the arena that New Jersey’s Devils play in. The two acquired Team Dignitas late last year, and team Apex in 2016.