Is eSports a real sport? The definition of sport has stirred many debates about whether competitive gaming can sit alongside physically demanding sports such as football, rugby and tennis. But then, if darts and snooker are sports… With players taking part in punishing practice schedules in the build up to intense tournaments, there can be no denying that professional gamers, like any top athlete, need great mental strength to compete at the highest level. The earning potential of top gamers and streamers means it is difficult to question those who choose to play games in their bedrooms all day. As 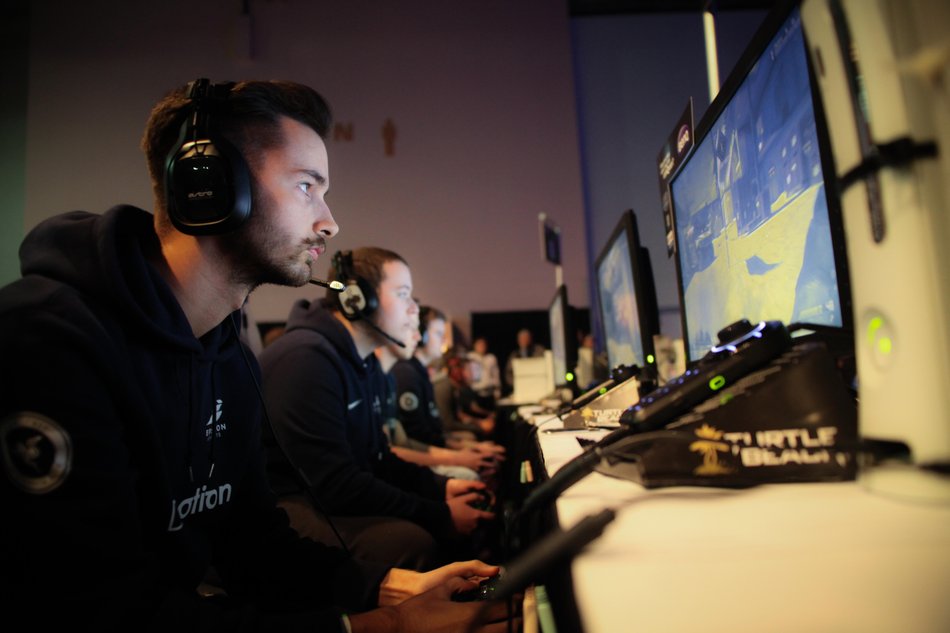 Is eSports a real sport? The definition of sport has stirred many debates about whether competitive gaming can sit alongside physically demanding sports such as football, rugby and tennis. But then, if darts and snooker are sports…

With players taking part in punishing practice schedules in the build up to intense tournaments, there can be no denying that professional gamers, like any top athlete, need great mental strength to compete at the highest level.

The earning potential of top gamers and streamers means it is difficult to question those who choose to play games in their bedrooms all day. As BT Sports presenter Jake Humphrey discovered when he tweeted that gamers will never become legends by doing just that. He felt the full force of the eSports community that day as many pointed him in the direction of eSports Earnings, highlighting the millions of dollars at stake for elite professionals.

Of course, it is true that players practise in their bedrooms, or at least in the same room for long periods. Teams like Evil Geniuses and Optic Gaming even accommodate their teams in a house, allowing them to practise together with the intention of improving their chemistry both in and outside of the game. After all, team spirit is as important in eSports as it is in any team sport.

Where traditional team sports differ is on the training ground where players will come together to spend hours practising. A gaming professional requires only the internet and a console or a PC; a practice facility that many have access to for twenty four hours a day, seven days a week. At the highest level, rigorous schedules demand putting in the hours, often at unsociable times, to keep pace with the competition.

Callum ‘Swanny’ Swan
Callum ‘Swanny’ Swan
© EGL
So, can the top players maintain a healthy lifestyle while playing games for a living? Well, Epsilon’s Call of Duty pro Callum ‘Swanny’ Swan believes that it is important to find a balance. “Maintaining a separate social life is crucial. Making lifelong friends in gaming is not unheard of and the eSports scene is a great community to be a part of. However, it’s important to keep in touch with other interests in order to create a retreat for when you need to relax from gaming… Make sure that it doesn’t compromise any aspect of your health.”

Sound advice, but a typical training day can involve six to ten hours of playing, and then there’s streaming. Vitality, the best Call of Duty eSports team, stream via Twitch for up to 12 hours a day, but the handsome remuneration makes it all worthwhile as they attract thousands of viewers on a regular basis. Yet, compared to League of Legends’ A-list celebrities their audience is a mere drop in the ocean. According to 2p.com, TSM Bjergsen consistently generated an average of almost 90,000 viewers for his streams in March this year.

Former Call of Duty pro turned eSports personality and commentator Jonas Ferry told us more about the typical routine of a professional streamer: “Streaming is pretty much a full-time job and you could estimate it requires at least the same volume [of work] as a normal job every week in order to make a living, if not more. Typically, I would say some streamers might have to stream up to six to seven hours or more per day, whereas the biggest can afford to stream for only two hours a day.”

This level of dedication is extremely taxing on the mind. It’s easy to lose focus when you’re playing for so many hours and performance can slip. To combat this, players are increasingly adopting a healthier philosophy by practising more intelligently.

Halo pro Will ‘BUK 57’ Buck says it’s important to take a break from gaming. “Balancing gaming with social life, fitness and work. For eSports, that means making sure you make the most of all the time you spend gaming, and not just doing it for the sake of playing. Ensure it’s productive.”

But amateur gamers fighting to earn notoriety might consider balance a distant luxury. Breaking into the upper-echelons requires such tenacity that sacrificing weekends and leisure is the bare minimum.

There is ability in the lower-leagues in abundance, but top teams prefer to stick to reliable players who have handled the pressure of the world’s premier tournaments. Patience and psyche are strained throughout the journey and most rarely get to compete on the biggest stage.

The competitive and often ruthless nature of an eSports environment is also a psychological challenge. Players are often vocal online and during events when their opponents fail. Truly ambitious hopefuls have to keep their focus and cannot afford to be preoccupied with distractions that break momentum and fuel their rivals. Players brimming with talent but without the steely nerves needed to handle the competitive atmosphere of live events have struggled.

Brad ‘Endura’ Hughes rose to prominence in the early stages of the Ghosts season, getting his moment in the spotlight at the Call of Duty Championship European regionals, before competing on the EGL12 main stage. He tells us how he dealt with nerves:

“For me personally, the first time I played on the main stage I was more excited than I was nervous, because if you play well a larger audience will see it, which almost gives you an extra reason to perform. As far as dealing with the nerves, you just need to really focus on the game and forget what’s around you. Once you do that, you just don’t feel nervous anymore.”

Virtus Pro
Virtus Pro
© ESL
Even the most experienced players have to rebuild their confidence after failure. There are those who can translate nerves into adrenaline and players who collapse under the weight of expectation. To bounce back from defeat is often the difference between great players and champions.

For example, in the recent Counter Strike: Global Offensive tournament at Gfinity 3 in London, Virtus.Pro almost suffered a premature collapse in the group stages after winning just two of their matches. A draw proved just enough to mitigate two losses and they scraped into the elimination stages after a deflating first day campaign. Being so close to going out on the first day snapped them back into focus and they were a different team on the second day, ending it as G3 champions. While no team can guarantee perfection on the day, the ability to recover from the brink of defeat is what truly separates the good and the great.

These are qualities needed by a typical competitive gamer and a traditional athlete. It is not just the ability, but also the will of the individual to beat the competition under huge pressure on an international stage and in view of millions of fans worldwide. More than anything, eSports demands fitness of the mind in order for players to cope with long periods of practice, to identify and understand how to their improve game and to have the courage to know when to stop. Whatever your definition of sport, mental fitness is a quality that competitors of any background will relate to.