ESports – General | The Coaches Across ESports

With Valve's recent announcement restricting the role of coaching in-game in Counter-Strike: Global Offensive, it was time to look at the various kinds of coaches across esports to better understand their roles and what they provide to their respective scenes and whether Valve's rule does what they hope it will do. EDITOR'S PICKS NuckleDu wrestles through Summer Jam X Although only one competitor reigned supreme, Summer Jam X proved that the field is parried in Street Fighter V, with a breadth of character variety that won't go away any time soon. EU LCS semifinal recap: G2 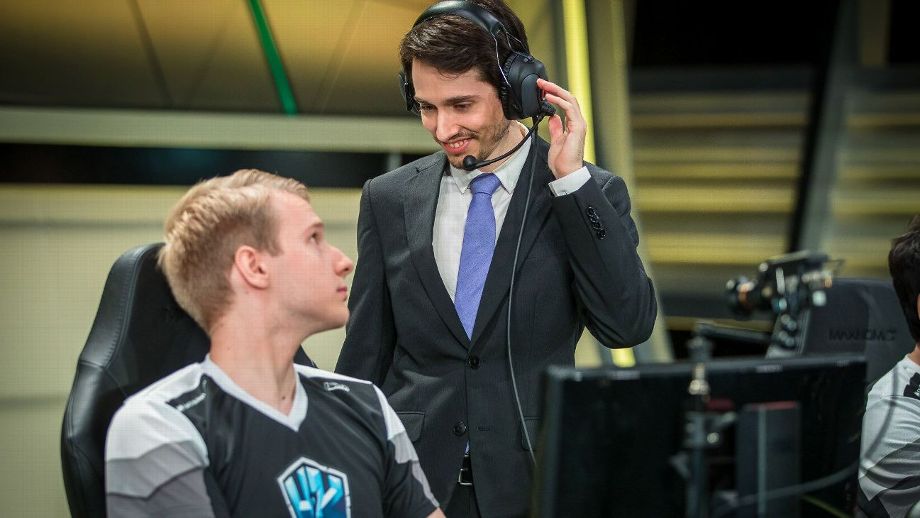 With Valve’s recent announcement restricting the role of coaching in-game in Counter-Strike: Global Offensive, it was time to look at the various kinds of coaches across esports to better understand their roles and what they provide to their respective scenes and whether Valve’s rule does what they hope it will do.

NuckleDu wrestles through Summer Jam X
Although only one competitor reigned supreme, Summer Jam X proved that the field is parried in Street Fighter V, with a breadth of character variety that won’t go away any time soon.

EU LCS semifinal recap: G2 triumphs over UoL
Despite throwing a few early game leads, G2 continues to establish itself as the king of Europe.

Coaching in Street Fighter was a foreign concept until Lee “Infiltration” Seon-woo entered the arena in 2012. He, along with Changwan “Laugh” An, another fellow player, shocked the scene as they coached each other before and after matches, as well as going over notes on any players they’d meet in competition. It was met with shock, derision and outrage before quickly becoming the norm.

Things eventually got out of hand as some players got four to five coaches and tournaments were forced to allow only one coach per player, with most coaches being other high-level players attending the same tournament. In a strange twist of fate, the most notable player to not use a coach or read notes before a match turned out to be Infiltration himself.

In SCII, coaching isn’t widespread, except in South Korea. A coach’s primary job is to win Proleague, and since it’s a team-based league, they choose the lineups, the builds the players use, and the ace player if it gets to the ace match. When it comes to individual leagues, it’s hard to know how much coaches actually help, but the extent of what we know is that they help analyze opponents’ strategies and help their players prepare.

Mun “MMA” Seong Won Stephanie Lieske/ESL
The three most notable coaches in SCII are Ryu Won, Choi “iloveoov” Yun Sung and Kim Min-Ki. Ryu Won is credited as the coach with the greatest accomplishments in SCII as he helped Mun “MMA” Seong Won and Kim “Soulkey” Min Chul in their GSL victories. He has also had numerous team league title wins to his name.

The second is Choi “iloveoov” Yun Sung, who was considered a bonjwa in StarCraft: Brood War and the heir to Lim “Boxer” Yo-Hwan. After coming back from the military, he took over head coaching responsibilities for SK Telecom T1. After a poor initial performance in Proleague, he revamped everything instead of sticking to the more rigid Kespa ways of Spartan training.

The last coach is Kim Min-Ki, former STX coach and one-time winner of Proleague. It is hard to attribute it directly to him, but four of his six starters went on to become individual league champions after STX disbanded. For whatever reason, his players all developed extremely well under his guidance and despite years of watching SCII, such a coincidence hasn’t happened again, making me believe that he had some part in making them great players.

Kim “kkOma” Jung-gyun (right) poses for photos with SK Telecom T1 after winning the 2015 League of Legends World Championships. Provided by Riot Games
However, it’s harder for coaches in the west to manage players than it is in South Korea. In South Korea, elders have inherent authority, whereas in the west, everyone is seen as an equal, making it difficult for coaches to establish authority.

The differences in scene and tournament structure have made coaching a much less important thing in Dota 2 than it has in League of Legends. It is an open tournament circuit that follows a major system, so players live at home individually. The need for an authority figure to manage them is less important, and at the same time, roster shuffles occur much more frequently, so coaches have less impact on teams.

The most famous coaches are Tang “71” Wenyu and Kanishka Sam “BuLba” Sosale. 71 is a respected Chinese coach who has molded several top teams in China (EHome and DK). BuLba is a pro player who is well regarded for his coaching, helping some of the best Dota 2 teams in the world. Most notably, he helped coach Evil Geniuses in their TI5 victory.

Where games such as Dota 2 and League limited the effects of coaching to the draft and pregame/postgame talks, CS:GO allowed for coaches to lead in game. This meant that they could feed information a player missed, help clear up communication, help emotional control and call the play or lead the action.

DreamHack
The three biggest coaches of the in-game leading coach are Sergey “starix” Ishchuk, Björn “THREAT” Pers and Luis “peacemaker” Tadeu. Starix is the mastermind behind Na`Vi and his taking on the role as in-game leader was what kicked off Na`Vi being close to the best team in the world. THREAT reinvented NiP after they had fallen off in 2015 into a strong team again. Peacemaker was the coach that helped found the Immortals structure and then moved to Team Liquid where he helped engineer a run to the finals of a Major.

What does an in-game leading coach offer a team? They can feed information a player missed, help clear up communication, help emotional control and call the play or lead the action. All of these things aren’t based on talent or skill, which is what a new team is usually formed around. Instead they’re based on hard work and experience. And they’re all things every new team succumbs to once they start playing on LAN or the big stage.