ESports – General | Sports: “The 10 Steps to Becoming a Pro Gamer”

Gaming for a living always seemed like some sort of adolescent dream growing up. Being paid to play your favorite game was something most kids only fantasized about, but now in 2012, it actually can be a reality for the truly hard working and talented. eSports has exploded worldwide, and with it, there's an entire class of 15-30 year olds who now play games for a living. Out of the millions that play titles like Starcraft, Halo or League of Legends, they've gotten so good that many can make a full-time living out of gaming. The top few players 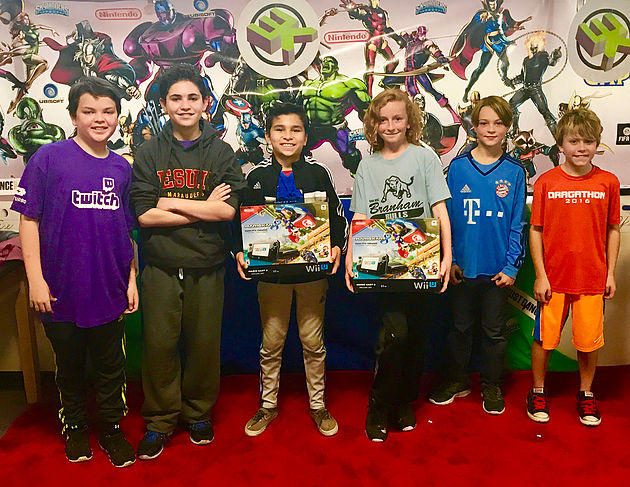 Gaming for a living always seemed like some sort of adolescent dream growing up. Being paid to play your favorite game was something most kids only fantasized about, but now in 2012, it actually can be a reality for the truly hard working and talented.
eSports has exploded worldwide, and with it, there’s an entire class of 15-30 year olds who now play games for a living. Out of the millions that play titles like Starcraft, Halo or League of Legends, they’ve gotten so good that many can make a full-time living out of gaming. The top few players in the world even pull in six figure salaries between sponsorships, team salaries and tournament winnings.
So, how can you follow their lead? One thing should be clear from the start,  it’s a lot of hard work. These ten steps should send you on your way.
1. Practice
It might be nice that you get to play a game you love and think you’re pretty good at. But do you love it enough to play it six, seven, eight hours a day, every day? Because that’s what it takes if you even want a prayer of being a pro. The top players have a regimented practice schedule against competitors at or above their own level, as it’s the only way to truly advance in skill. Make sure you’re constantly playing with people who are better than you, as it’s the only way you’ll grow as a player.
2. Keep Your Day Job
It’s always good to have a back-up plan, and I would not recommend anyone drop out of school or quit their current job until they have at least SOME indication they can make money and support themselves by gaming. If you’ve won some tournament prize money, or your stream gets a decent amount of ad dollars, you can look to start scaling back your everyday activities, but cutting them cold turkey from the beginning is a risk you should not be taking.
3. Studying
Like finding success in any field, it’s important to study those who have excelled before you. Watching pro replays over and over until you start to absorb their own strategies and tactics is a must. These players have been perfecting their art for years, and for someone just starting out, it’s of the utmost importance to learn high level tactic first by watching, then by practicing.
4. Homework
Playing the game for hours is good practice yes, but sometimes you might need to work on one particular aspect of your play in order to get the edge on your opponents. Word is that the best Terran Starcraft player in the world, MarineKingPrime, practices splitting marines, a complex, click-heavy game maneuver, for hours at a time. It only takes a few seconds in each instance, but it’s like shooting a thousand free throws so you’re able to come through in the clutch when you need to.

5. Community
Understand that almost all pro gamers are part of a community, and you should be too. Whether it’s participating in forum discussions or forming your own team, it’s important that you’re not practicing in a vacuum. Outside input and strategy discussions with friends who also play is important when attempting to go pro.

6. Practice
Did I mention you need to practice? The top tier pros often live together in houses where they play against each other for hours a day. That’s not something you need to do when starting out, but it shows how important constant play and practice is when it comes to trying to be the best.
7. Rage Control
Understand that you’re going to lose. Even the best players on earth lose anywhere from thirty to fifty percent of their games. Losing is a part of the path to becoming a better player, and raging and trash talk does nothing to help you improve. Pro Ukranian Starcraft player White-Ra famously had this to say about losing, learning and keeping your cool. “When I starting play, I very disappointing and very sad after my lose. If you want to make one goal to win, you must lose. You can’t win all games. We are people, we make mistake. We are not computer. And if you understand your mistake, you can make analysis of game. And continue to play, try and fix it. More GG, more skill.”

8. Balance
As much as we’ve emphasized that hours of practice are necessary for success, you need to have balance, meaning a life outside of the game. Many pro players started as teens, but now have grown up and have families of their own. Friendships and family are vastly  important for your mental well-being, so don’t shut people out in favor of holing yourself up to play at all hours.
9. Talent
Understand that not everyone is cut out to be a pro player. Even if you’re good, you just might not have the physical ability to be on par with the pros. eSports requires physical and mental prowess, and the top players have to make hundreds of actions a minute at all times, which makes them play at an almost superhuman speed. It simply is not possible for everyone, no matter how much they may practice. You might be good at golf, but that doesn’t necessarily mean after 10,000 holes, you’re going to be Tiger Woods.
10.  Practice
In case I haven’t made it clear so far. For those of you aspiring to be the next Fatal1ty or Boxer, I wish you the best. Keep each of these steps in mind as you play, and remember that above all else, games are supposed to be fun, even when played professionally.