On the morning of Oct. 4, a news conference was held at the University of Utah to reveal the roster of Utah's new esports team. Yes, you read that correctly. Utah announced back in April that it was launching a varsity esports program, which made it the first member of a Power 5 conference to do so. Six months later, the school unveiled 33 players who will compete in four games -- League of Legends, Overwatch, Hearthstone and Rocket League -- with media members in attendance and fans watching online. "It was fantastic," said AJ Dimick, director of operations for esports at 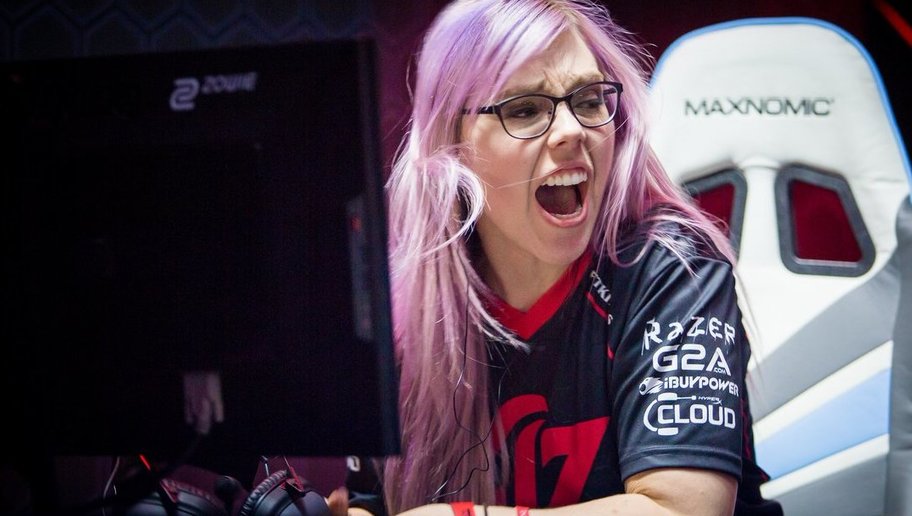 On the morning of Oct. 4, a news conference was held at the University of Utah to reveal the roster of Utah’s new esports team.

Yes, you read that correctly. Utah announced back in April that it was launching a varsity esports program, which made it the first member of a Power 5 conference to do so. Six months later, the school unveiled 33 players who will compete in four games — League of Legends, Overwatch, Hearthstone and Rocket League — with media members in attendance and fans watching online.

“It was fantastic,” said AJ Dimick, director of operations for esports at Utah. “Everything we do here, there’s so much more energy than you expected to have, and there’s so much enthusiasm.”

That goes for college esports in general, which is growing in leaps and bounds. So much so, in fact, that the NCAA has taken up the topic. At the most recent meeting of its board of governors on Aug. 8, NCAA senior vice president of championships Joni Comstock and director of digital and social media Nate Flannery “provided an informational presentation on esports and its presence in the collegiate landscape,” according to the official report of the meeting.

NCAA to talk possible role in collegiate esports
The NCAA’s board of governors will discuss esports at its scheduled meeting in October after holding a preliminary conversation last week.

Title IX compliance a priority for varsity esports programs
On its face, the male-dominated field of collegiate esports poses a Title IX problem, both for club and varsity teams. Diversity and inclusion have become a No. 1 priority for programs nationwide that hope to provide varsity esports opportunities for all.
“We had a very thorough discussion of it after a really good briefing on the state of esports in the country and even in the world,” said Gary Olson, president of Daemen College in Amherst, New York, and a member of the board. “And I have to say, a lot of the board members were intrigued by the possibilities.”

There are certainly major issues that could hinder future NCAA involvement. “Title IX did come up as a question that would be a potential hurdle,” Olson said, “because it appears very much a male-dominated [sport].”

“The other thing that I remember is the discussion about amateurism versus professionalization,” he added. “There are already some young people out there that are making quite a bit of money in esports, and so how would we deal with that? Are they professional? Could they still be considered amateurs? That would be another hurdle.”

In the meantime, an organization called the National Association of Collegiate Esports has sprung up as the de facto governing body of college esports. NACE, officially formed in July 2016, bills itself as “a nonprofit membership association organized by and on behalf of our member institutions. Together, our members are developing the structure and tools needed to advance collegiate esports in the varsity space.”

Six schools that had already launched varsity esports programs banded together to form NACE. The number of member institutions has already ballooned to 47, according to executive director Michael Brooks, with many more to come.

“Right now in our pipeline, we’re onboarding another 62 colleges and universities, [and] those are outside of the conferences,” Brooks said earlier this month. “We have two Division 1 conferences who are either looking to join our association or work with us to establish invitationals within their conferences. And we’re talking to a wide number of Division 2 conferences as well.”

NACE has its own constitution and bylaws specifically tailored to esports. Brooks sounded skeptical when asked about the potential of NCAA involvement.

“I don’t think it’s very likely in the short term,” Brooks said. “In the long term, certainly that could change if they make changes to their constitution and bylaws — if they write exemptions for esports compared with traditional athletics.

“Again there, I think you run into a huge issue: Why can esports athletes be compensated monetarily, but your basketball and football players can’t? That’s why, if I was sitting in NCAA administration, I would not touch esports right now with a 10-foot pole if I wanted to maintain our current athletic model.”

Varsity League of Legends has been around since 2014, when Robert Morris University started its scholarship program. Now, the number of participants has ballooned to almost 50. Provided by Maryville University
In the past couple months, the NCAA has stepped in on a couple of occasions, when collegiate athletes were making money via YouTube. Central Florida place-kicker Donald De La Haye was ruled ineligible when he declined to give up profiting from his YouTube account, and there was a similar situation with Texas A&M runner Ryan Trahan.

Many esports competitors do the same thing, earning revenue via YouTube and/or Twitch. So this could be a major stumbling block for the NCAA when it comes to esports, and vice versa.

Robert Morris University in Illinois was the first school in the United States to offer esports scholarships, back in 2014. Kurt Melcher, esports executive director at Robert Morris, is one of eight members of the NACE board of directors. He is excited about the NCAA discussions.

“For years — really, five years now — esports on the collegiate side has been screaming for attention and formalization, to be addressed and recognized as a true endeavor, a real sport,” Melcher said. “So the NCAA actually administratively looking at it — that first step is a massive positive.”

Melcher has fielded phone calls from people at “hundreds” of schools who want to pick his brain about starting and/or running an esports program. Robert Morris’ program, for instance, is run by the athletics department. Utah’s, on the other hand, falls under an academic department — in their case, Entertainment Arts & Engineering. There are many examples of both approaches across the college esports landscape.

The NCAA could help in this regard.

Dimick is also excited about the prospect of the NCAA taking on esports.

“They bring a lot more upside and a lot more legitimacy to esports and other things that would help us out than people typically talk about,” Dimick said. “I don’t think it’s a no-brainer that the NCAA shouldn’t be involved. I think it’s something we very much should be willing to talk about.

“Yeah, [the NCAA] brings a degree of regulation to kids who typically have a way of monetizing themselves in esports, making a little money, and that degree of regulation wouldn’t serve them very well. But the upside is, for all those kids who are extremely passionate about this and their school does absolutely nothing for them and shows no interest in doing this, NCAA involvement would legitimize this in a way that nothing else possibly could and offer a template to those schools to get involved.”

The next meeting of the NCAA’s board of governors is scheduled for Tuesday, and further discussion of esports is expected to be on the agenda. But don’t expect a final decision anytime soon.

“I would think it would be a little bit more long-term,” Olson said. “Because to some of us, myself included, all of this was very new.

“To some of my colleagues, it was not. A few of the [school] presidents there already had some experience with esports, so it’s not as new with some people. But I think it will probably take a number of discussions before it gets even to more serious levels.”

That being said, you can also expect college esports to continue to grow rapidly. In fact, Olson’s own college, Daemen, now has its own esports program.

“I went into that discussion as a real skeptic. I came out of that discussion very intrigued,” Olson said. “We now have a recognized student organization. It’s not part of athletics. It’s run out of our student affairs [office] right now. And we’re in the process of hopefully joining the National Association of Collegiate Esports. We’re in the process of membership recruitment and all that right now. So it’s all of a sudden taken off, even since that meeting.

“If that’s any indication of how fast this is growing around the country, you can just imagine a year from now where we’ll be.”

Utah is using its imagination, too. The program decided to hold off on joining NACE, instead choosing to pick and choose what competitions to participate in, including the Overwatch Tespa Collegiate Series, for instance.

“I think what [NACE] are doing is great, and I think what they’re doing is a lot of the things that college esports needs,” Dimick said. “I think that we just want to exist for a few years and get the lay of the land and have flexibility to jump into a few different things should they come up or jump into a Pac-12 league should that emerge, those type of things.”

A Pac-12 league? How about conference tournaments, or maybe even an NCAA Tournament in the near future?

When it comes to college esports, one thing’s for certain: It’s only the beginning.