Basketball – Other | Let’s Put the ‘Youth’ Back in Youth Basketball

The fall is a busy time of year for youth sports. If you take a short drive on a weekday evening — or just about any time during a weekend — within a few miles you’re sure to find boys and girls playing soccer, football, softball, lacrosse, tennis, and undoubtedly, a few sports I’ve left out. It’s a joy to watch kids running around and having fun playing sports. Especially on a beautiful fall day. However, the problem with these games is there are too many adults who bring their egos to the fields of play. Virtually every youth 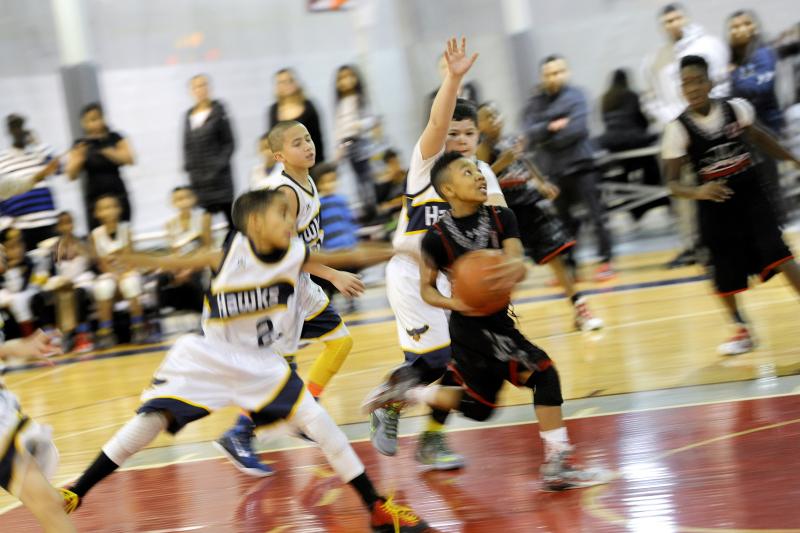 The fall is a busy time of year for youth sports. If you take a short drive on a weekday evening — or just about any time during a weekend — within a few miles you’re sure to find boys and girls playing soccer, football, softball, lacrosse, tennis, and undoubtedly, a few sports I’ve left out. It’s a joy to watch kids running around and having fun playing sports. Especially on a beautiful fall day.

However, the problem with these games is there are too many adults who bring their egos to the fields of play. Virtually every youth sports league is plagued by adults who are pathologically focused on winning. Yes, the majority of parents and coaches keep youth sports in perspective but it only takes a few adults — especially coaches — to ruin the sports experience for a bunch of kids.

Of course, the issue of overbearing parents and coaches in youth sports isn’t a new one. However, things are getting worse. For example, the number of incidents of physical violence and verbal abuse at youth sporting events has increased significantly in recent years. According to the National Alliance for Youth Sports, approximately 15% of youth sports games involve a confrontation between parents, between parents and officials, between parents and coaches, or between coaches and officials — up from five percent just five years earlier. Moreover, a National Association of Sports Officials survey found that the primary reason game officials give up the job is poor sportsmanship by parents.

To put it simply, as parents and coaches, we need to chill out. Our sons and daughters aren’t going to be pro athletes and it’s extremely unlikely they will receive a college athletic scholarship. The percentage of kids that reach these levels is miniscule.

So let’s relax, and more importantly, let our kids relax. Research shows that nearly 80 percent of all children who play adult-organized youth sports drop out by the time they’re 12. The reason most often cited is that it’s no longer fun.

Can you blame them? Today, by the time most kids reach the age of 12 they’ve been involved in some type of adult-organized youth sport for six or seven years. They’ve witnessed numerous incidents of “grown-ups” yelling at players, officials and coaches. They’ve probably experienced several grueling post-game critiques of their play by Coach or Mom or Dad. They’ve survived many seasons of adults screaming at them to “stay in position,” “get back on defense,” and “be more aggressive.” More and more kids — some as young as 10 — are now being encouraged by “well-meaning” adults to specialize in a single sport in order to increase their chances of landing a college scholarship.

This coming Saturday, all over the United States, young kids will wake up with a sense of dread in their stomachs because they fear Mom and/or Dad’s intense scrutiny at their game that day. When kids see how important their games are to their parents they get anxious. To a lot of young athletes, sports just aren’t games to play, they’re vehicles by which they gain or lose the affection of the most important people in their lives. What started out as fun is now a pressure-filled exercise. Children are always seeking a sense of unconditional love from their parents and when it comes to sports participation they seldom get it.

And when they go off to practice, they often have to deal with a coach that’s more drill sergeant than educator. For some reason, our culture glorifies jerks like Bobby Knight and Vince Lombardi. As such, we have parent coaches all over our youth sports system berating kids in the mode of General Patton. We believe good coaches have to “kick some tail” in order to be successful. What total nonsense! Kids, whether they’re 8 or 18 shouldn’t have to endure boot camp in order to play the sport they love.

There’s nothing inherently wrong with adult-organized youth sports. They can be the source of wonderful, healthy and happy experiences for children — if adults can balance their desire to win, with the holistic development of kids, and having fun. Striving to win isn’t the problem; it’s the win-at-all-costs mentality — and the actions it spawns — that is the problem.

And guess what? Helping to ensure that sports remain fun for kids is also the best way to enhance the chances of long-term success. If adults make sports fun for kids, there’s a good chance they’ll develop a passion for the game. When that happens, they’ll be intrinsically motivated to succeed and they won’t need coaches or parents constantly pushing them.

As sociologist Alfie Kohn notes, “Nothing, according to the research, predicts excellence like finding the task fun.”

It seems to me that if we can help our sons and daughters enjoy sports, teach them life skills as well as sports skills, spur a lifelong appreciation for physical activity, and make sure they participate with a sense of integrity and sportsmanship, we’ve done our jobs as parents and youth sports coaches.