Individual shooting drills are great but whenever possible players who are looking to improve their shooting should try to participate in drills that involve two or more other players. This creates more of a game time atmosphere and allows players to practice the actual shots they will take during games. This article explains 6 basketball shooting drills that effectively involve more than just one individual. 1. 3-2-1 Drill The 3-2-1 drill gets its name because of the point system it uses to determine a winner. I'm a big fan of drills that involve winning and losing because they typically 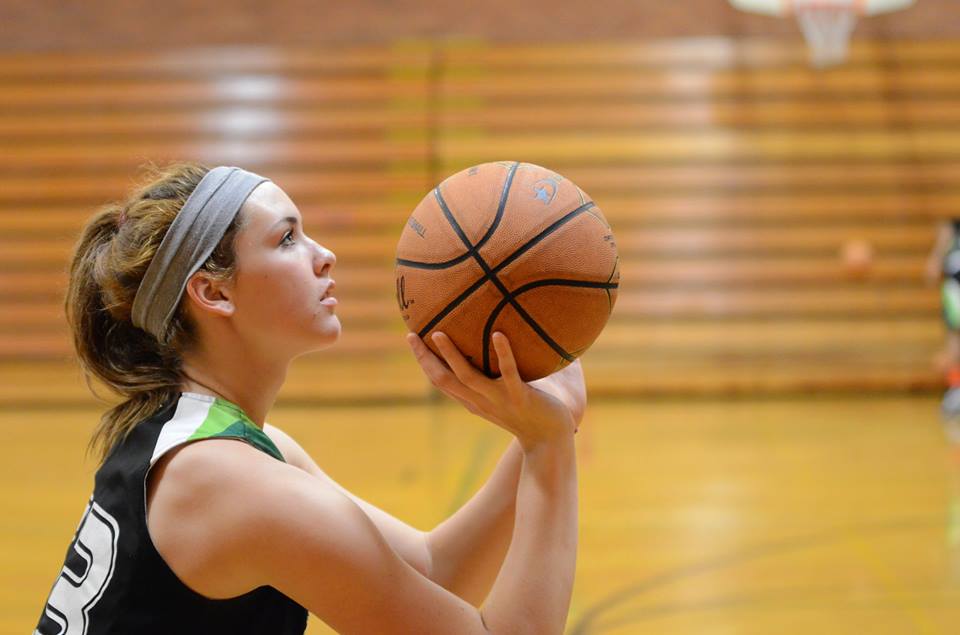 Individual shooting drills are great but whenever possible players who are looking to improve their shooting should try to participate in drills that involve two or more other players. This creates more of a game time atmosphere and allows players to practice the actual shots they will take during games. This article explains 6 basketball shooting drills that effectively involve more than just one individual.

The 3-2-1 drill gets its name because of the point system it uses to determine a winner. I’m a big fan of drills that involve winning and losing because they typically involve pressure shots. Identify 10 spots on the floor and mark them. From each spot you will take a three-pointer, a pump fake jump-shot and a lay-up.

The marks on the floor are placed on the three-point line as that is where each possession begins. One player rebounds while the other player shoots. Start with a player at one of the marked spots and have him start by shooting a three-pointer. The ball is rebounded and passed back to the marked spot.

The same player now takes a pump fake, makes a dribble and then goes into a jump-shot. The player then goes back to the marked spot where he gets the ball again. This time he pump fakes and is allowed one dribble to make the lay-up. Each spot is scored as 3 points for the three-pointer, 2 points for the jump-shot and 1 point for the lay-up. Have each player go from 5 spots before switching places.

You will get tired shooting during this drill but that’s ok. You will get better from it. If you are by yourself, you’ll get extremely tired because you’ll be rebounding your own shots. Work hard and get tired doing this drill. If you aren’t tired after 5 sets then you are doing something wrong. Go hard and do the drills correctly. Don’t cut corners.

In basketball camps throughout the country this drill is performed regularly. We called it 45 because the perfect score a player could get was 45. Mark 9 spots on the floor around the outside of the three-point line. This drill can be done having personal scores or tandem scores of the two players. I encourage competition so the tandem scoring works well because it involves teamwork and trying to win.

I like both of those things for my drills. From each of the 9 spots a player will take a three-pointer and a jump-shot off a pump fake. The three-pointer is 3 points while the jumper is 2. That’s where the 45 comes from. Once a players shoots from the three-point line, the teammate or opposition, whichever one you choose to call it, passes the ball back where the shooter now pump fakes, takes a dribble and shoots a jump-shot.

Then they switch out with the rebounder becoming the shooter. Players add up their scores and the individual/team that has the most points win. I loved this drill as a player. My coaches punished us if we traveled on the pump fake or took too long to shoot the three-pointer. They made sure we were at game speed and I appreciate that now.

In college we used to do a drill that was called 60’s. Each team of 4 players had to hit 60 total shots to be the winners. The 60 shots would come from 5 predetermined spots on the floor where 12 shots had to be made from each one. Some of the more genius players on the team struggled with the math on this but if they could shoot we would let them slide by.

The 5 spots were usually lay-ups, the block, the elbow (foul line extended), three-point line and a pump fake jump-shot inside the three-point line. Each player must shoot in turn and teams that violate this rule are out. You can break this up however you’d like. Our coach broke us into groups of 4 but we could have just as easily been 6 or 3 or whatever. It is up to you.

Often our coach would see how quick we could get to 60 so that we had a time to beat. I love drills that involve competition and this was one of my favorites.

A drill that one of my college coaches used with us was the 3-man 2-balls drill. This involved 3 players who were not at the same position. There is a rebounder, a passer and a shooter. We would always start out with a forward or center as the rebounder and a guard as the passer. The other position was of less importance as it was the shooter.

We would always make sure that we were shooting shots that were going to be shot in the game. The shooter starts with a ball in hand from a comfortable spot on the floor. The passer starts at an area around the foul line with the other ball. The shooter shoots and sprints to another spot on the floor. This is usually another spot that has been predetermined where he will rotate every other shot.

The rebounder gets the ball while the passer throws to the shooter for his next shot. The passer should focus on making sure that the ball is delivered correctly, with crispness and authority in the right spot. The rebounder should make it a goal for the balls to never touch the ground and to over everything aggressively. This drill should be done for a minute before each player changes positions.

Each player needs to understand the role of each spot and perform it correctly. Make sure that you are shooting shots that you shoot in games. As the drill evolves you can have the passer or a defender run out at the shooters to create a game-like feel.

Drills often involve players doing multiple tasks at different speeds. The following drill is no exception as it involves a solid defensive skill in an offensive minded drill. This involves 3 players of relatively the same size and position. Two players start on one wing while the other player starts out on the complete opposite side in shooting position.

One of the two players from one wing starts by shooting a shot and running after the rebound. Once he gets the rebound he immediately passes it to the player on the opposite wing who is in shooting position. Once the ball is passed the player who passed it will close out on the player who just received it.

The defending player needs to take this drill serious and really attempt to contest the shot. Once the ball is shot the same thing occurs. The shooting player gets the ball and passes to the opposite side where he now becomes the defender and the spot is replaced.

In college, our coaches would turn this into a form of jungle basketball where loud yelling was encouraged and basically anything to get in the shooters head. You can run this drill for as long as you think is necessary. If the players are defending correctly then I don’t run it as long, but if they are going soft then I make them run it a long time. I want them to be competitive.

This is the most basic of all team shooting drills. Make it competitive. Time it for a minute and see how many a player can make. The player that makes the most wins and doesn’t have to run. The losing players should run lines for the amount they lost by. That’s my idea of how it should be done, but not all of us think the same and I’m ok with that.

This is done with 2 players at a hoop and they go from elbow to elbow shooting for one minute and seeing how many they can make. 99% of the time this drill is done at game speed because players want to win. If you don’t make this competitive you will get poor results and the drill won’t be as effective.

For players who are alone you can still use this drill by rebounding for yourself and going from elbow to elbow. Don’t expect to make as many but set a realistic goal that can be met.