Baseball – Other | Youth Baseball – Running Through First Base 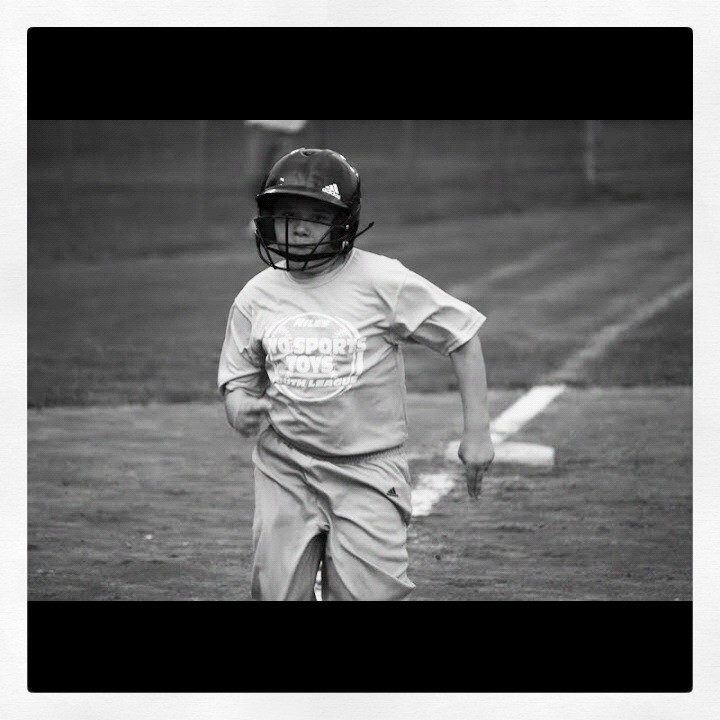 Running Through First Base

I like coaching and teaching younger players the fundamentals of baseball. I coach my son’s 2nd grade coach pitch team and help out with my daughter’s tee-ball team. It’s amazing how much boys and girls can pick up and develop from the age of 5 until the age of 8 or 9.

However, one habit I see kids do more often than any other when it comes to baserunning is stopping on first base. From tee-ball on, the first instinct of a runner is to stop right on first base.

The last drill we run in practice is running through first base, yet when we get into a game situation, the kids tend to go back to their old habits.

I’ve incorporated two steps to improving our drill. 1) Instead of all the kids lining up behind home plate and running to first, I put one or two kids at short stop and my first baseman on the bag. I then throw grounders to the short stops and have them make throws over to first. It get the baserunners used to seeing someone covering the base (since some tend to slow down and shy away from the bag if they see the first baseman move off the bag or jump to get a throw) and it gives them a little more incentive to beat out the throw. 2) On ground balls I have my first base coach (during practice and during the game) actually move about 10 feet down the first base line toward the outfield and motion with his left hand to keep coming hard, and at the same time use his right hand to point to the ground.

The visual tends to help the kids remember that they need to sprint to a point past the first base line. If the throw gets away from the first baseman, my coach can still direct the hitter to make the turn to second base.