Every young Little Leaguer knows that hitting it the best part of baseball practice. Sure, everybody needs to practice fielding grounders, catching fly balls, and turning double plays, but when it comes to pure fun, it’s hard to beat whacking 20 slow-pitched balls around the field. The problem with batting practice, of course, is that it often means players are standing around picking daisies while the kid at the plate struggles to make contact. Young players aren’t always adept at hitting the ball to every position on the field. Which is why fielding drills are so important to keeping 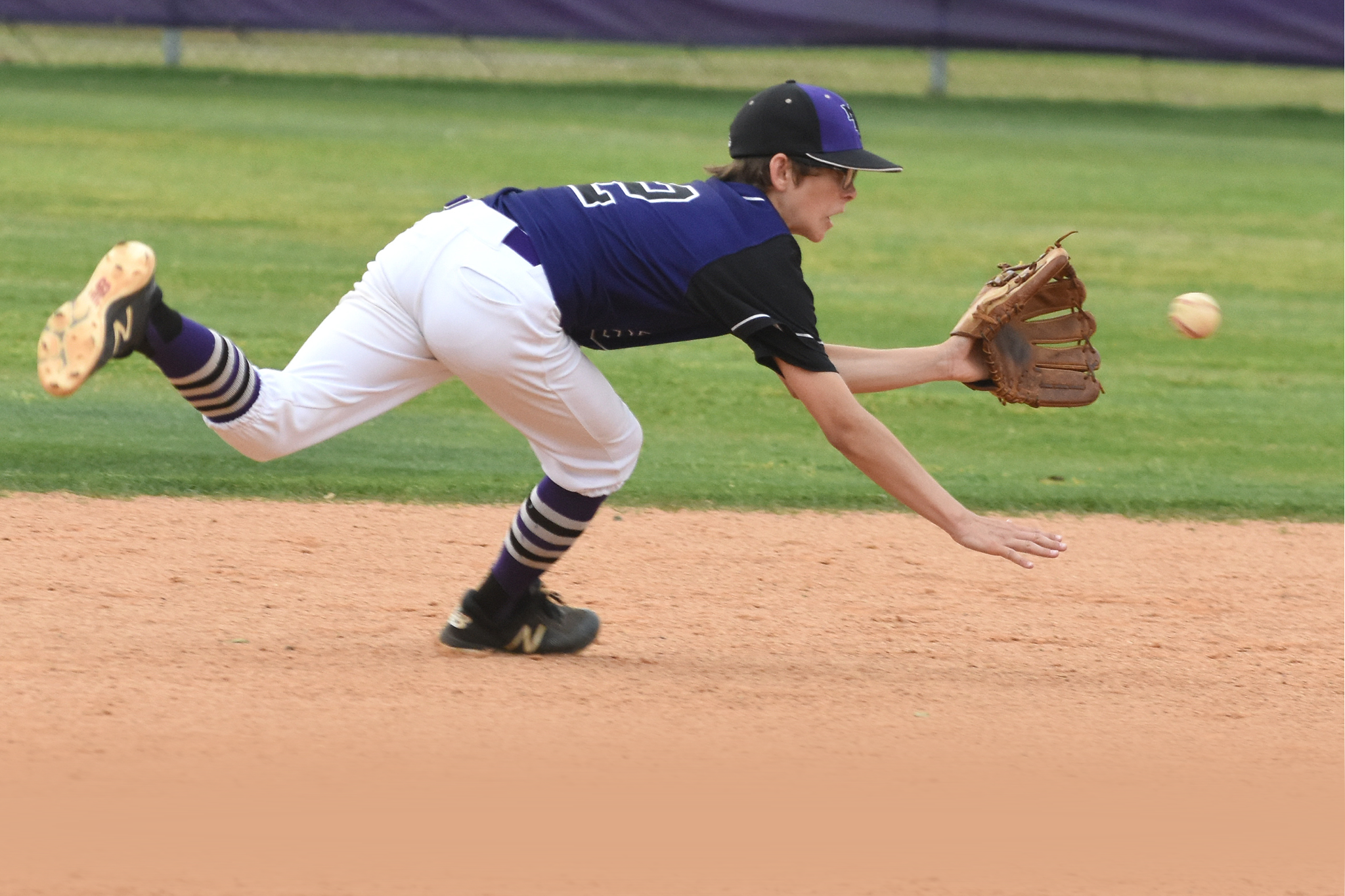 Every young Little Leaguer knows that hitting it the best part of baseball practice. Sure, everybody needs to practice fielding grounders, catching fly balls, and turning double plays, but when it comes to pure fun, it’s hard to beat whacking 20 slow-pitched balls around the field. The problem with batting practice, of course, is that it often means players are standing around picking daisies while the kid at the plate struggles to make contact. Young players aren’t always adept at hitting the ball to every position on the field.
Which is why fielding drills are so important to keeping kids sharp defensively and engaged in practice. And to determine which five fielding drills are best for fine-tuning skills, Fatherly turned to Mike Belmont, a pitching and defensive coach at The Baseball Center, and Mike Randazzo, coach of the Fairfield (Connecticut) American All-Stars, for their favorites.

Start With the Basic Infield/Outfield Drill
“Obviously, the easiest thing to do is hit ground balls and fly balls,” says Belmont, but it involves more than just standing behind home plate and whacking away with a Fungo bat. “You have to adjust how you hit the ball,” says Belmont, making sure to pepper in a variety of slow rollers, spicy ground balls, line drives, and fly balls. And if doing that with a bat is difficult, don’t be afraid to just throw the ball.

The key is to make the players react as they would in a game ⏤ having them hit the cutoff man or throwing to first ⏤ in order to get more players involved. For younger teams, put a strong player or a coach on first base so you don’t waste tons of time running after overthrown balls. Splitting into groups — infield and outfield (having a different coach hit to each) — helps speed things along and gets the kids more touches.

The Bermuda Triangle
Communication is one of the most important parts of defensive baseball, says Little League World Series coach Mike Randazzo, which is why he loves drills that get the kids talking. One of his favorites is what he calls the “Bermuda Triangle.” You want to throw a high pop-up behind the third baseman, in front of the left fielder, and behind and to the right of the shortstop. Most of the time, the shortstop will have an angle, and should make the catch, but Randazzo says the core of this drill is communication. If it’s short, the third baseman can get underneath. If it’s going deeper, it’s the left fielder’s job to call off the other two and make the catch.

The bigger version of the Bermuda Triangle is called Moonballs — using a Fungo bat to hit the highest fly ball you possibly can, anywhere on the field, and then letting the players communicate to decide who’s going to make the catch. “We could kill half an hour and the kids wouldn’t even know, and they’re learning the whole time,” Randazzo says.

Double-Play Flips
This one is pretty simple: Belmont likes to get his more advanced infielders to endlessly drill the double-play flip. This is really an exercise for shortstops and second base players, but third and first-basemen can learn something from it too. Hit a grounder to short or second, and have the player field the ball, then flip it to their opposite covering the bag. Be sure to emphasize the footwork that the receiving player needs to get the force out at second and fire the ball off in time. You can complete the play with a throw to first (to get more players in the mix) but Belmont notes that you can get more reps in on the fielding part if you just work on the flip.

Relay Drills
Relay drills are a simple way to get everyone on the team involved. Split the squad into two or three teams and line them up, spaced out evenly, from the first base line all the way into left field. A player starts with the ball on one end and throws it down the line of players: Catch, turn, throw, catch, turn, throw. The first team to get the ball into the last man wins. For some variation, you can hit fly balls or grounders to the first player (on either side of the line), so they have to field and throw quickly, rotating players through that slot. Randazzo says this can be a fun, competitive game that teaches players how to hit cutoff men and turn double plays — maneuvers that require getting the ball out of your glove quickly.

Game Situations
All of this can be put together, Belmont and Randazzo said, into game-situation drills. Set up your full diamond of defensive players, use the subs as baserunners, and call out a situation. For example: “Runners on first and second, one out.” And have the players call out what they’re going to do if they get the ball. So in that example, the infield should look to get the lead runner at third, or tag their bag if they’re close. Outfielders should look for a cutoff man to then throw home to get the runner scoring from second. While this drill doesn’t work as many players at once (you can only run one play at a time), it forces everyone on the field to think about what they’re doing as if they’re in a real game, and brings the skills from the other drills together.

FacebookTwitterGoogle+PinterestTumblrLinkedInRedditEmailPrint
NewerGeneral - Mental | Are You Tracking the Things That Matter?
OlderESports - General | The Rise of Esports